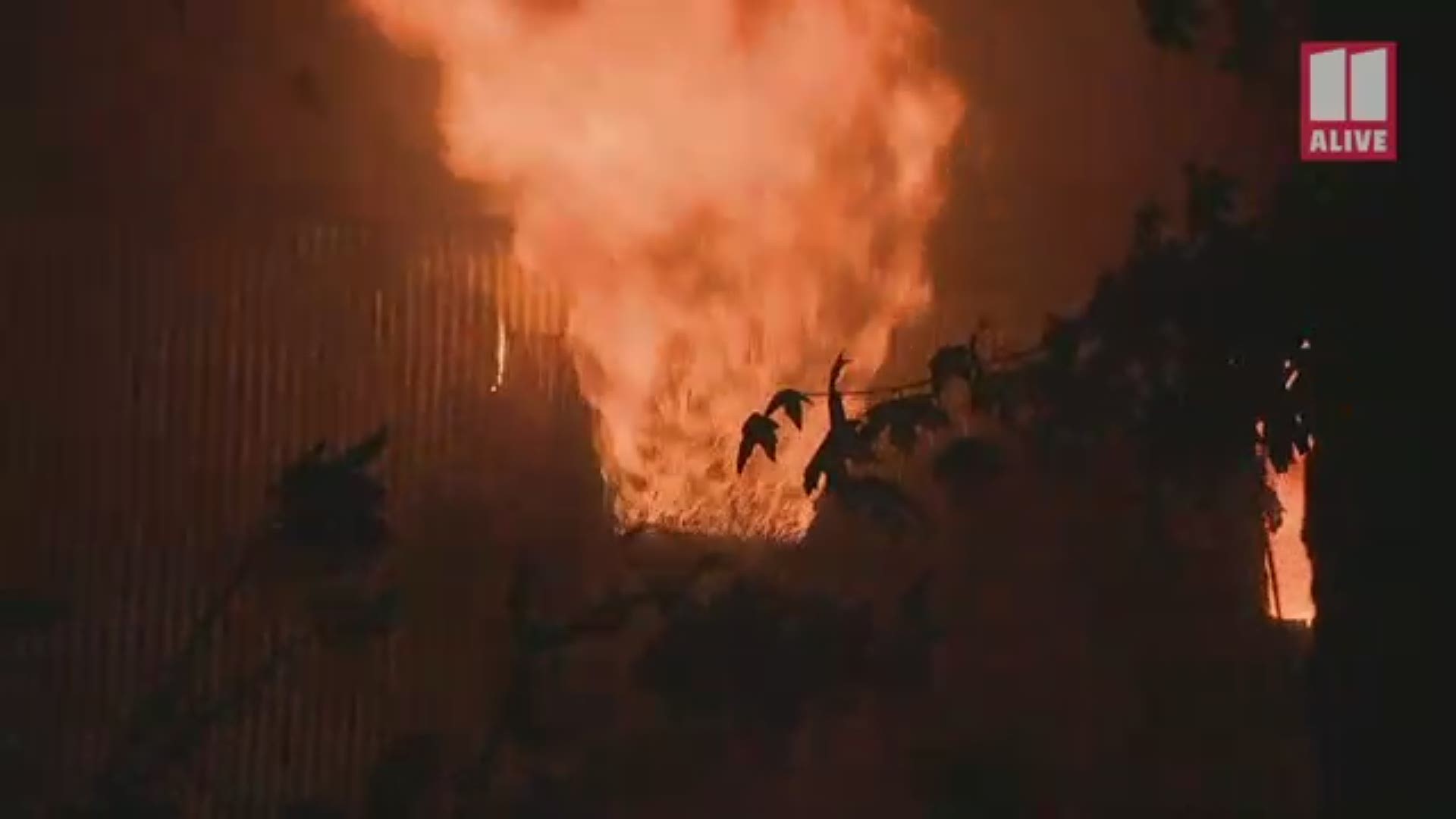 TUCKER, Ga. — DeKalb County firefighters were called to a commercial building Tuesday night to put out a massive fire.

Officials said it happened at a one-story building near Townsend Lane. Authorities say the building is some sort of scrap yard.

Photos and video shows flames and smoke billowing in the air, as fire crews worked to get it under control. Officials with DeKalb County Fire and Rescue closed highway 29 until 2:30 Wednesday morning.

The cause of the fire is unclear at this time.

Officials said the business was closed at the time, so no one was in the building when the fire erupted. Investigators have been trying to get in contact with the business owner.

11Alive is working to get more details. We will provide an update as soon as more information is released.

Mother, boyfriend charged in death of 10-month-old who had fractured skull