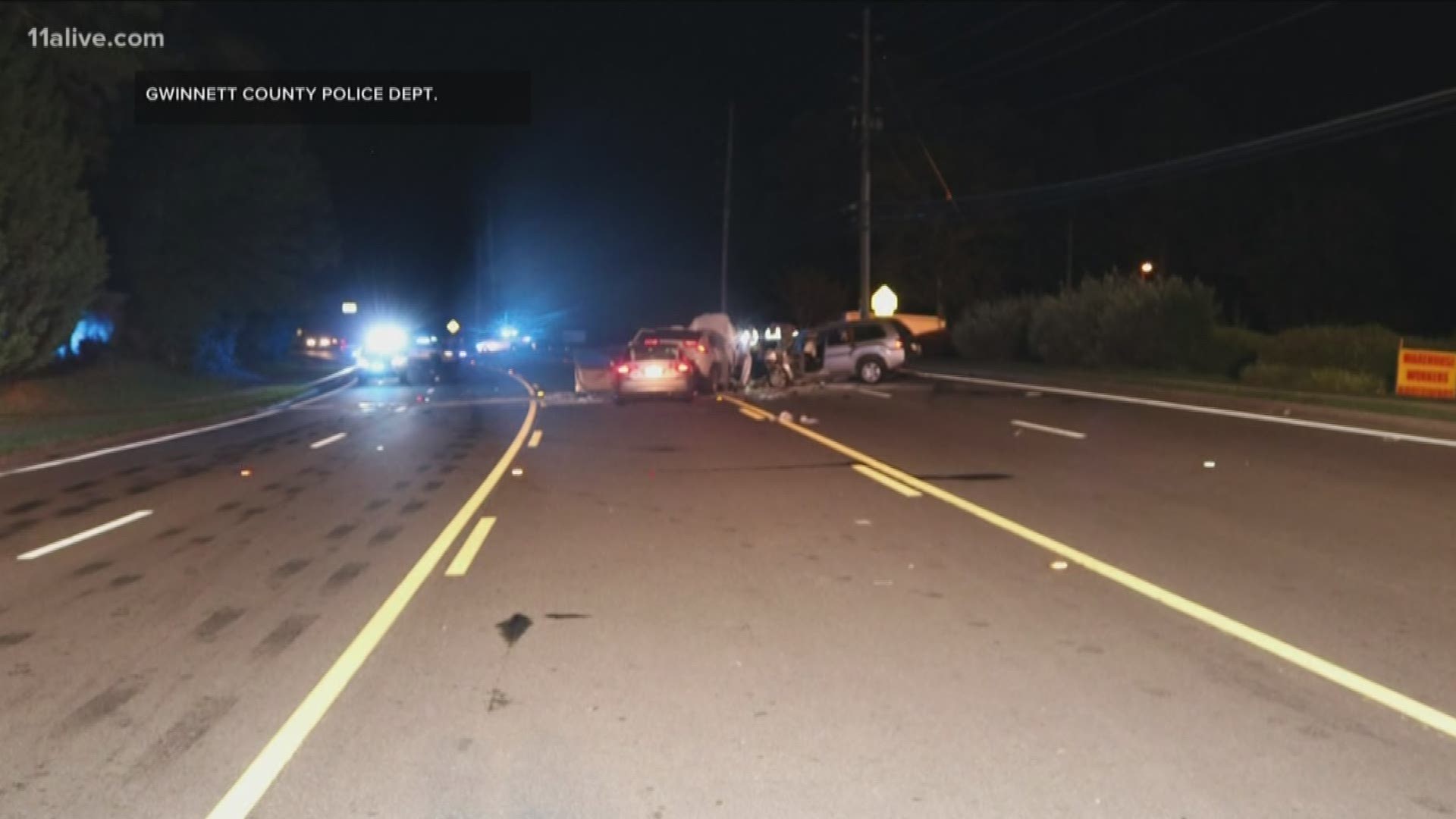 Two children, an 8-year-old and a 14-year-old, died in Norcross on Wednesday night in a car crash, Gwinnett County Police announced Thursday morning.

From that sudden impact, 22-year-old Jaleia Foxx driving a Honda Civic crashed from behind into Kim’s Rav 4.

Rithy Kim’s spouse, 37-year-old Rachana Tep, was also in the vehicle, and survived.

Foxx was also traveling with an infant daughter, 1-year-old Emma Foxx. She survived, but her condition is unknown. Janelle Roberson, 22, also was in the Honda Civic and survived.

According to police, all eight people involved in the crash were taken to the hospital with injuries of varying severity.

Police said Catalan-Ordonez is facing four charges so far, including two counts of homicide by vehicle and reckless driving.

“Though the loss of life in any traffic collision is terrible, it is especially heart-breaking when the death involves a child,” Gwinnett Police said in a release. “Our thoughts are with the Kim family as they cope with the loss of both children.”

Catalan-Ordonez is still in the hospital, but she will be booked into jail once she is released, authorities said.