Tate Prezzano, was shot three times - in the neck, his shoulder and the back of his head. 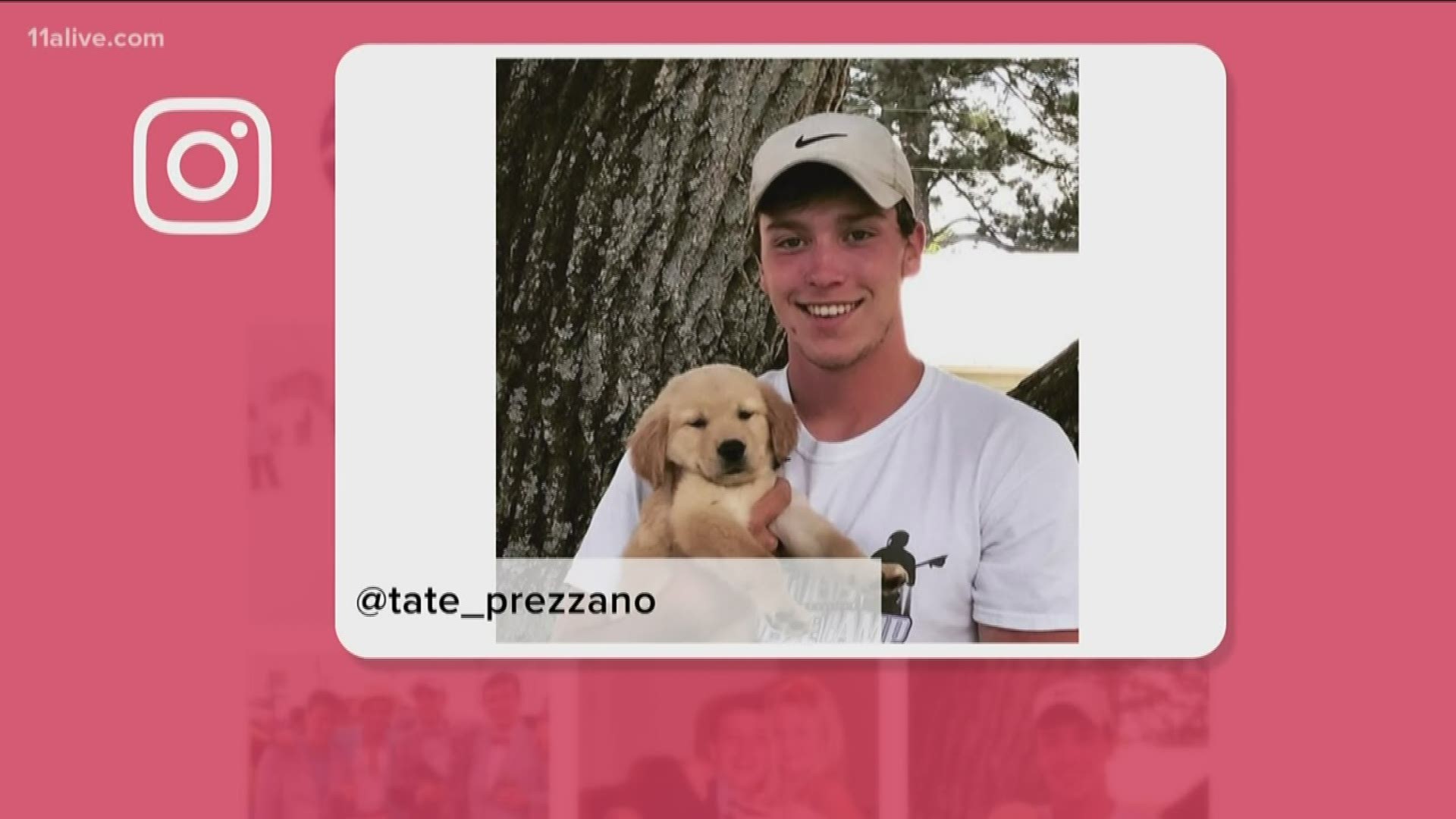 ATHENS, Ga. — It was 7:15 in the morning, the day after Easter, when a 22-year-old University of Georgia student was waiting at the bus stop near campus.

Then, someone approached him with a gun.

The lacrosse player, Tate Prezzano, was shot three times - in the neck, his shoulder and the back of his head.

"I did see several cars driving by and just thinking ... someone’s got to stop, someone got to see this," he said. "I did see my bus drive by, and I was like 'oh man, I'm screwed.'"

But behind that bus would be help.

Phil Haymour, an RN and Piedmont Athens ICU manager, was driving down Milledge Avenue, headed to work. Haymour said he was annoyed by the traffic, but little did he know it slowed him down for the right reason.

“It was a green light, but everybody was in the way," he said. "I was right behind Tate’s bus and when the bus cleared the bus stop, I saw him laying lying in a pool of blood."

With no hesitation, he jumped into action by applying pressure to the wound in his neck.

"Thank God,"Prezzano said. "He just stood over me and was able to control what he could."

“The most important thing he also had was an injury to the back of the skull," Patil explained. He said the injury could have impacted Prezzano's vision.

“That’s a big thing for a sports player," he added.

They kept that in mind as Prezzano underwent surgery to remove the fragments.

He said the injury to Prezzano's arm was also a major concern.

“The bullet had lodged extremely close to the spinal cord and to his spine and he wasn’t able to move his arm," he explained.

It's been months since that terrifying day, and Prezzano has been recovering well and continues to go through physical therapy.

“Considering overall - and him being a very athletic person - all helped him towards much faster recovery," the doctor said. "If this was someone else, it could have taken years, I think. And within six months, he is to this stage."

This week, he thanked those who helped save his life. The student is back to taking classes and has formed an organization called TateTough Foundation. The purpose is to spread awareness about security on college campuses.

He's working with CampusPost, an infrastructure network that provides safety features to college campuses, such as emergency call boxes.

They've also had productive meetings with administrators at his school.

Prezzano said he feels blessed to be alive and hopes his foundation can make a difference.