The fire broke out at The Summit Apartment Homes on 6350 Oakley Road. 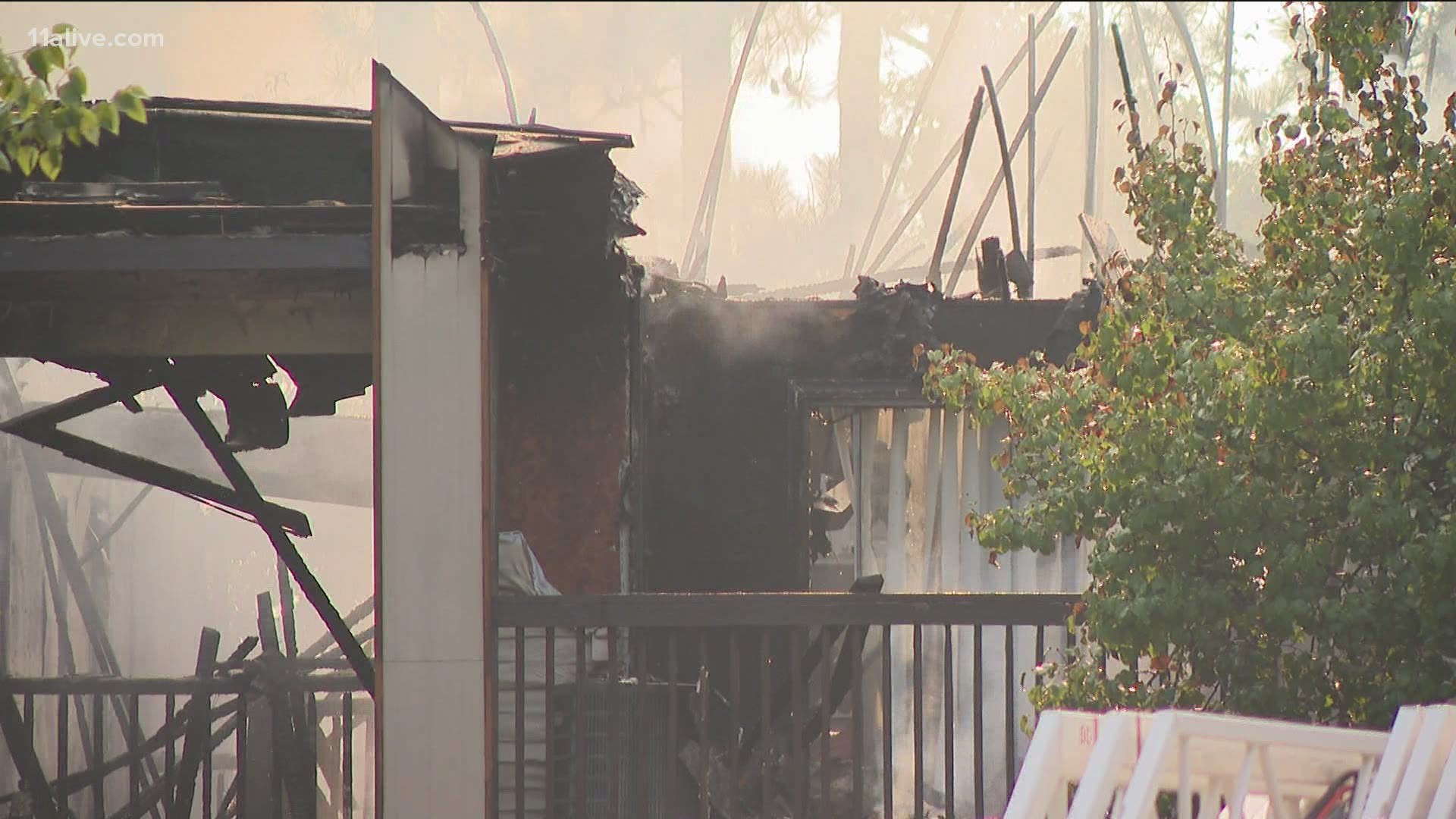 UNION CITY, Ga. — A fire on Thursday decimated an apartment complex in Union City, resulting in at least several minor injuries according to fire officials and one person being transported to a hospital.

The fire broke out at The Summit Apartment Homes on 6350 Oakley Road.

Crews from Union City, Fairburn and Fulton County were all involved in battling the fire.

It was unclear how many units were destroyed, though aerial images appeared to show a total loss of an entire structure.

It's also not clear how many people in all will be displaced.

Dozens of people told 11Alive's Chenue Her on scene that they lost everything in the fire.

"I've already school shopped, I bought everything, everything brand new for school is burned," one resident, Tasha, told Chenue. "We were moving in a week, our living room was full of boxes to move. We lost everything."

Tasha said she just made it out of her apartment as the ceiling was caving in.

She credited a passerby with saving everyone at the complex - she said he didn't even live there, but rushed in and began banging on doors when he saw the fire.

"That man got third-degree burns saving the whole building," she said.

Tasha's son, 10-year-old Chase, was emotional as he said he was afraid when he ran out ahead of her that his mom wouldn't make it out.

"I was looking for my mom, I saw she was back there and it was burnt up," he said. "I was just crying because I was scared that she might not make it out."