The officer went through a six-hour surgery, according to the Union City mayor. 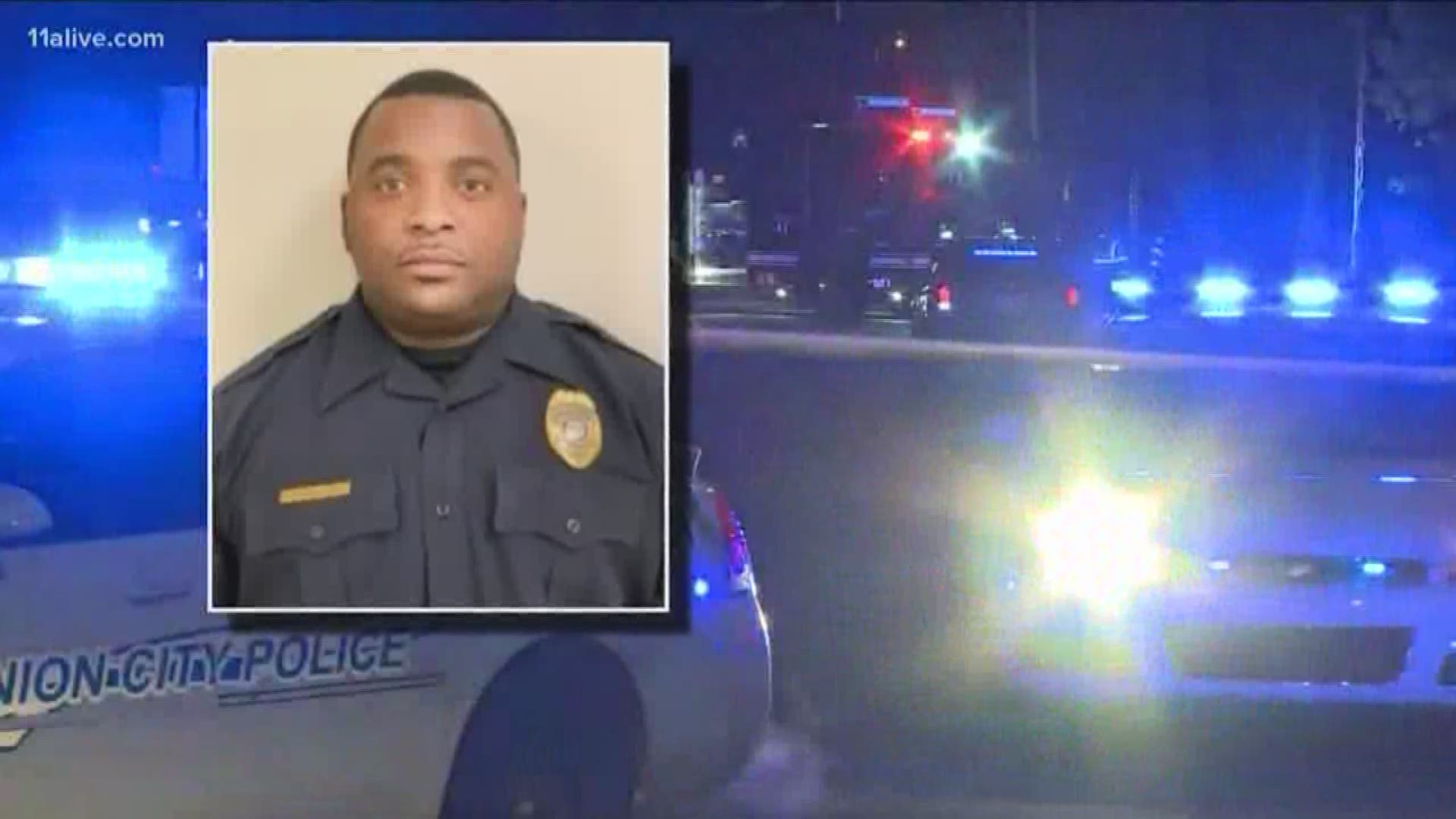 UNION CITY, Ga. — A Union City police officer is recovering after he was shot several times Monday evening at a home on Highpoint Road, near the border of City of South Fulton and Union City.

According to preliminary information from the Georgia Bureau of Investigation, the Union City Police officer had been dispatched to the area around Highpoint Road to investigate a reported fight. As he followed up on that report on Highpoint Road, he spotted a person running and began to follow.

Authorities said Turner told dispatch that he was chasing the teen and at some point, the 19-year-old pulled out a gun. Dispatch lost contact with Turner after that, according to the GBI.

Backup arrived to find both the officer and the suspect, identified as Veltavious Griggs, with gunshot wounds.

Griggs was pronounced dead at the scene and a gun was found on the scene, according to officials.

Turner had been shot multiple times, but was alert and talking. Authorities said he was taken to Grady Hospital. The Union City mayor told 11Alive that Turner went through a six-hour surgery.

According to a post by the Union City Police Department, the officer is officially in recovery and, according to the surgeons, everything went well.

Mayor Vince Williams said they're "incredibly thankful for bullet proof vests this morning because the officer got shot directly in the chest and it didn’t penetrate."

Williams claimed that the life-saving tool absolutely saved Turner' life and they hope to have the officer back with his family soon.

Tuesday afternoon, the Union City Police Department said Turner will undergo another surgery to remove shrapnel from his knee.

The GBI is still investigating the shooting to find out who fired first. The mother of the 19-year-old spoke with 11Alive Monday and she said she wants answers.

"All I want to know is answers ... to why my baby was shot and killed," Shantrina Griggs, mother of the 19-year-old said.

READ: 'All I want to know is answers': Mom identifies her son as man killed in a shooting that left a police officer injured