2 sought for questioning after deadly Union City shootings on Friday

Police are asking for help finding Marcus Bowles and Calvin Woodard in hopes of learning more about a series of shootings that happened on Roosevelt Highway. 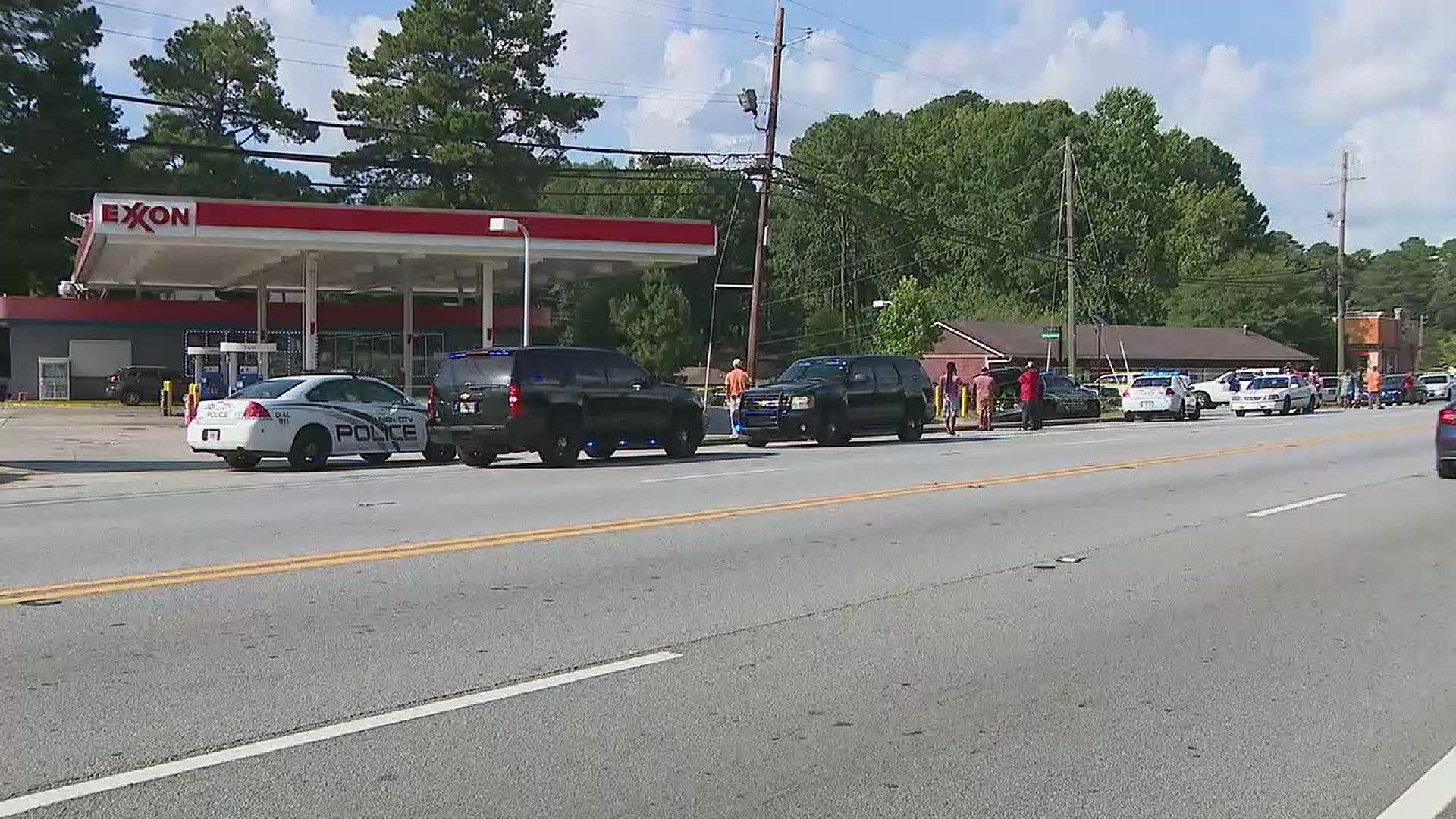 UNION CITY, Ga. — Union City Police are asking for the public's help finding two men who are wanted for questioning after a string of deadly shootings that happened on the same stretch of highway in just a short period of time.

Police said the first shooting happened around 3:30 p.m. at the Exxon station at 6687 Roosevelt Highway. There, police found Cortez Miliam who died at the scene. Now, police are hoping Marcus "Blue" Bowles may have information about what happened.

Two more people were shot at 3:46 p.m. at the intersection of Lee Street and Roosevelt Highway. Police said that one victim, later identified as Byron Davis, was rushed to Grady Memorial Hospital for treatment but didn't survive.

Another victim there, identified only as a Hispanic male, was also taken to the hospital in critical condition. His current condition hasn't been released.

Police are hoping another man, Calvin Woodard, may have information on that incident.

A release from Union City Police stopped short of naming either person a suspect in the case. However, the department is asking for help finding both men. Those who have tips on the location of Bowles or Woodard are asked to call Detective G. Nelson at 770-515-7835 or email gnelson@unioncityga.org.

A fourth person also died in the day's violence not far from the other two incidents, however, police believe it was self-inflicted. This call came in around 3:34 p.m. at Lee Street and Roosevelt Highway. Police said the victim sustained a gunshot wound to the upper torso and head.

Police said he died from his injuries but were not clear as to whether the shooting was suicide or accidental. At this time, that victim's identity hasn't been released.