Investigators say the car involved in the single-car crash was stolen. 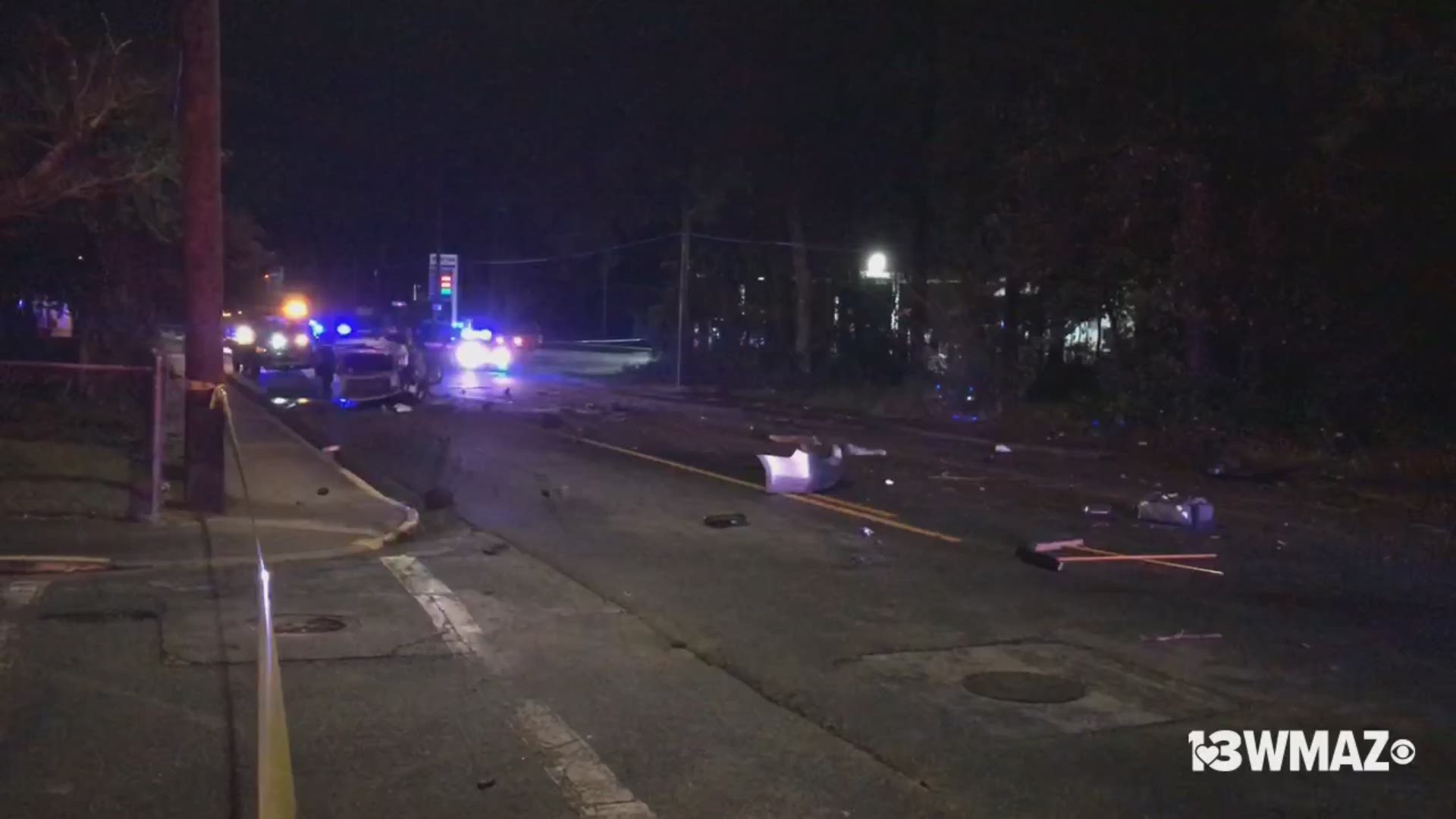 MACON, Ga. — A teen girl is dead and two other juveniles were taken by ambulance to the hospital after a single-car crash on Napier Avenue early Monday morning.

The crash closed the road while crews cleared up the accident and investigators worked, but it reopened around 5 a.m. Monday.

A release from the Bibb County Sheriff's Office says it happened near Habersham Avenue around 1:40 a.m.

The release says deputies saw a Nissan Sentra run through a light on Park Street as it was making a left turn onto Napier Avenue. When they tried to stop the car, the driver sped off down Napier Avenue at a high speed.

Sergeant Clay Williams says the driver lost control of the car, ran off the road, clipped a utility pole, and flipped. He says the car was stolen.

The release says when the car flipped, all passengers were ejected. Three juveniles stayed at the scene, and two unknown suspects fled. One of the kids -- a teen girl -- was pronounced dead on scene around 3 a.m.

The release says another young girl and a juvenile boy were taken to the Medical Center, Navicent Health for treatment. Both are in stable condition.

The release says the car was reported stolen on February 12.

Charges are pending, according to the release.

The crash closed off the busy street between Glynn and Hillcrest Avenues. That also included the intersection with Habersham Avenue. The crash left car parts and sheet metal scattered over several feet of the road.

Anyone with information on the wreck can call the Bibb County Sheriff's Office at 478-751-7500.

This is a developing story, check back with 13wmaz.com for updates.