No one was reported hurt, according to police. 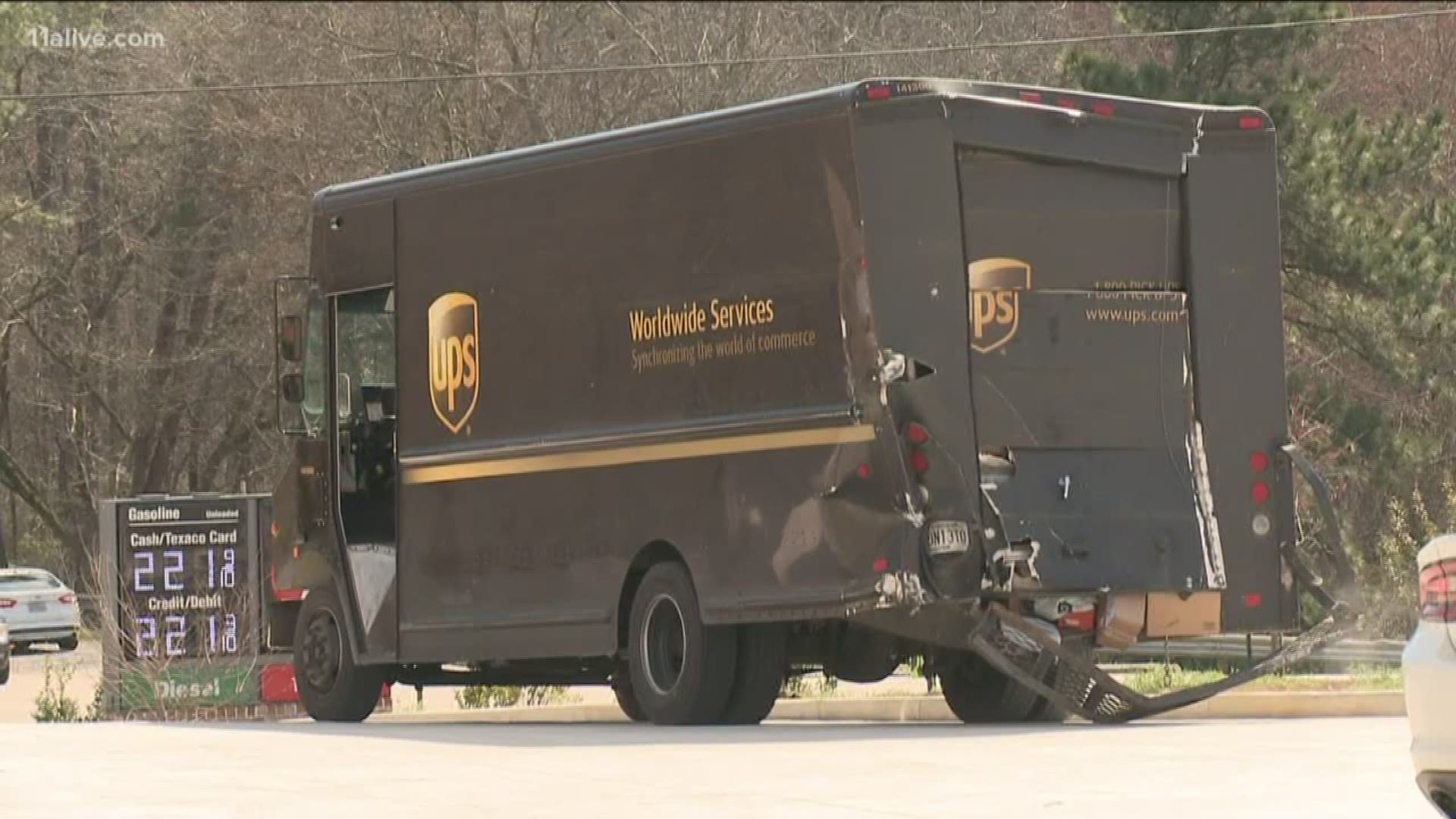 FLOWERY BRANCH, Ga. — An accident involving a UPS truck and a train narrowly avoided being much more serious on Saturday, a preliminary investigation revealed.

The Georgia State Patrol reported that the person was partially stopped on the tracks on Lights Ferry Road in Flowery Branch when the train clipped the back end of the delivery truck. The truck was apparently at a red light.

No injuries were reported in the accident but the driver of the truck was cited for the crash.