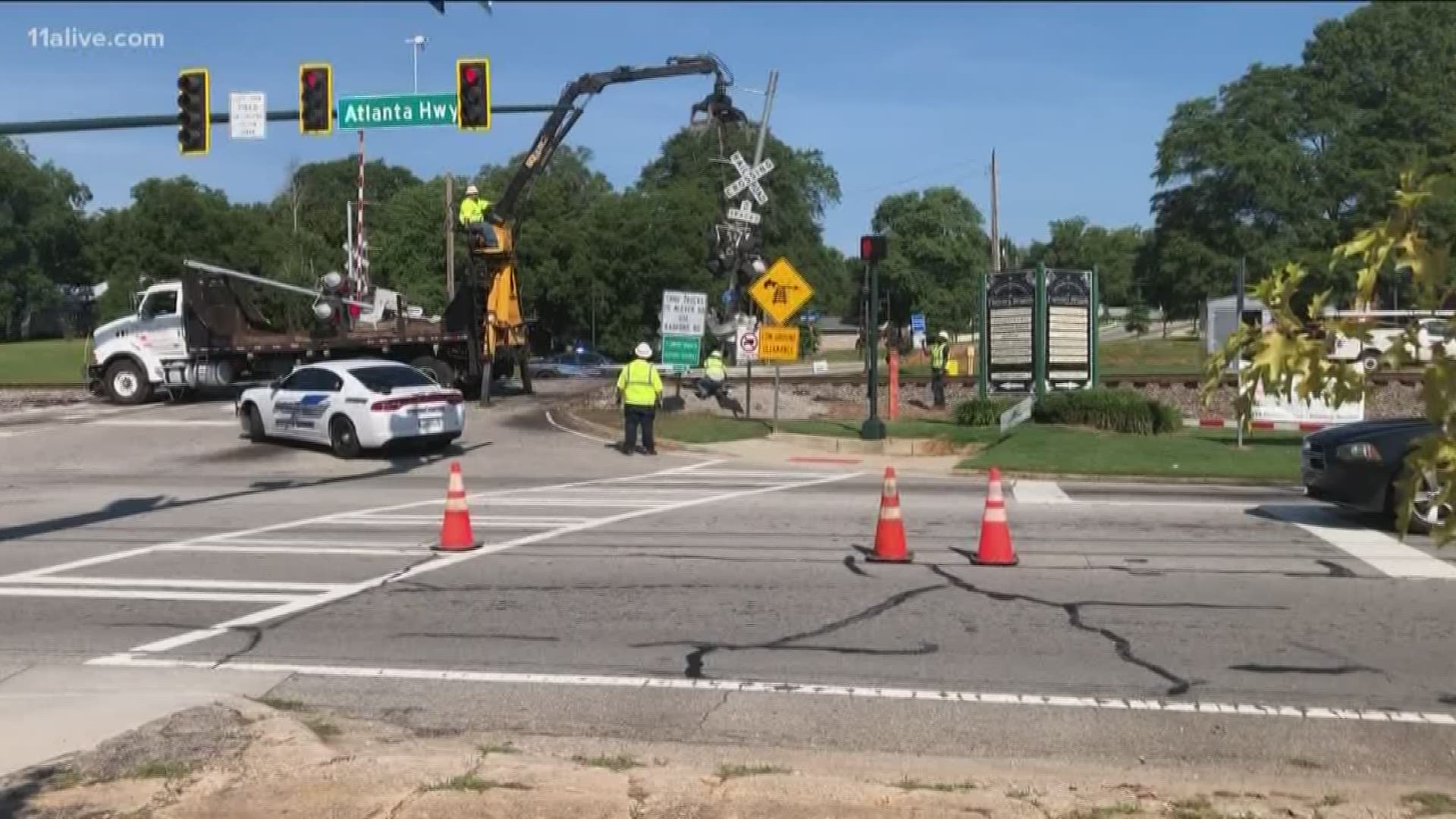 FLOWERY BRANCH, Ga. — A teen has died and another person has been charged after a van was struck by a train in Hall County on Tuesday morning.

Hall County Fire Services confirmed it responded to the accident just before 7 a.m. near the intersection of Lights Ferry Road and Atlanta Highway in Flowery Branch.

Two people were seriously injured at the scene and transported to an area hospital. Authorities said one of those people, 16-year-old Kevin Perez of Lawrenceville, died from his injuries in the crash. According to the Georgia State Patrol, he wasn't wearing a seatbelt.

The GSP added that 17-year-old Alexander Gonzalez Perez, who was riding in the back seat, is still alive but in critical condition.

A third person, the driver, was able to get out of the vehicle and wasn't injured. The GSP said that 45-year-old Jose Gomez of Norcross was later arrested on charges of second-degree vehicular homicide and improperly parking on the tracks.

He has since been booked into the Hall County jail. Authorities said none of the people in the van were related and it's not clear how they knew each other.

Hall County Fire Services said the train was a northbound Norfolk Southern train. The company has since confirmed that the train was heading from Atlanta to Rutherford, New Jersey when it struck the van.

In response to the accident, Norfolk Southern released a statement that read, in part:

"At Norfolk Southern, the safety of our employees and the communities we serve is our number one priority. Norfolk Southern advises motorists and pedestrians to stay alert around railroad tracks, and to be mindful of all warning signs and signals at railroad crossings."

In a Thursday court appearance, just a day after the fatal accident, a judge issued Gomez a $16,500 bond. Part of the conditions of his bond is that he is not allowed to be in the front seat of a vehicle. His next court appearance is in a few weeks.