Teen in critical condition after car goes over I-75 South barrier, catches fire 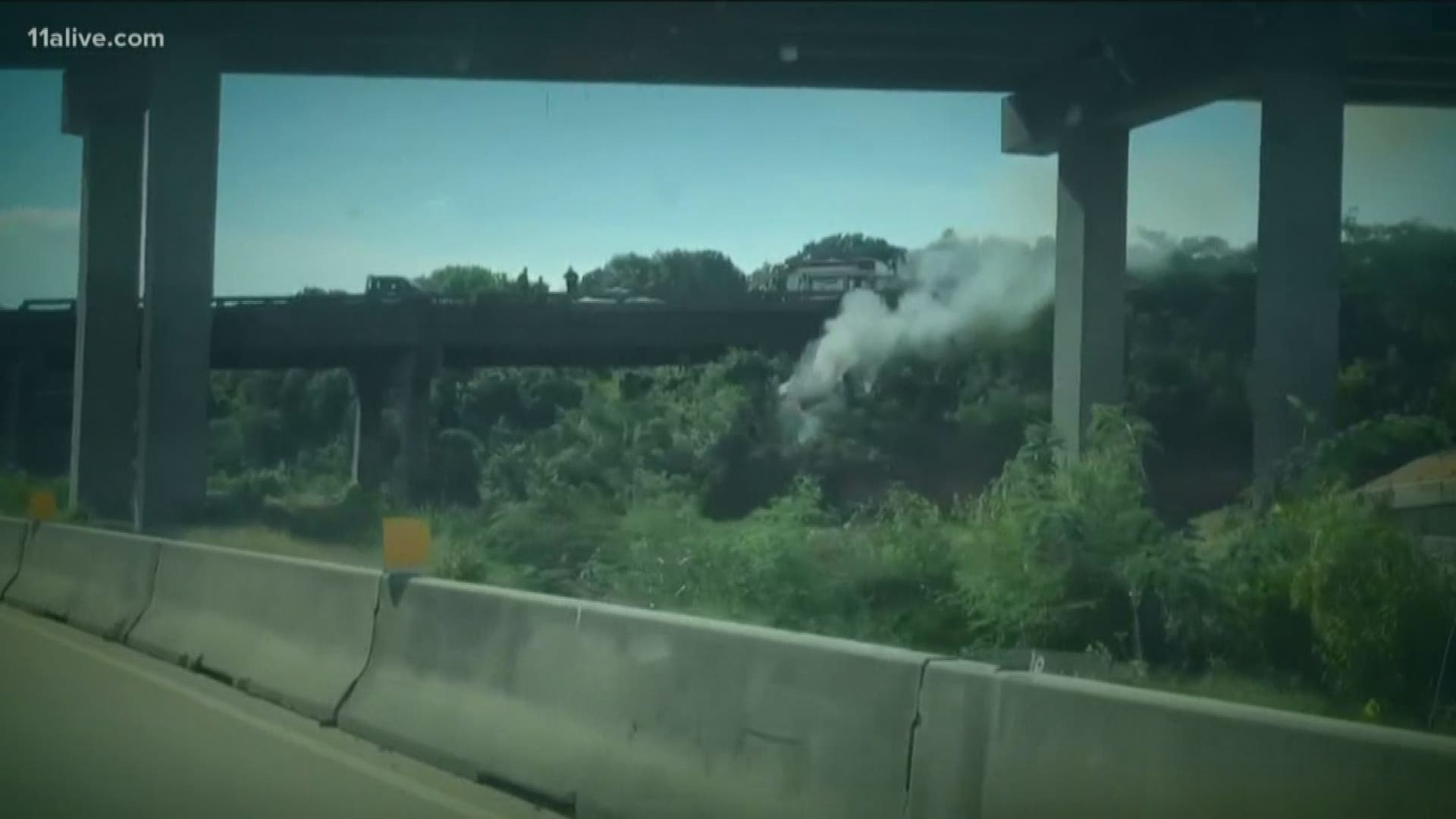 A press release from the Bibb County Sheriff's Office says it happened around 9:56 a.m.

They say it was reported that a 2017 Hyundai Elantra, driven by 18-year-old Alyssa Jackson of Warner Robins, was traveling on I-16 Westbound, heading towards I-75 South.

Jackson's car then left the road, hit the concrete guardrails, went airborne, then down the embankment, according to the release.

The office says the car landed under the bridge next to the railroad tracks. At some point during the accident, the car caught fire.

The release says Jackson was removed from the car and the fire was put out. She was taken to the Medical Center, Navicent Health and is in critical condition.

The single-car wreck is still under investigation. Anyone with information can call the Bibb County Sheriff's Office at 478-751-7500.

This is a developing story, stick with 13WMAZ for updates.