The video shows white voters having no problems at the polls, while a minority voter is given a provisional ballot because she doesn't have the right ID. 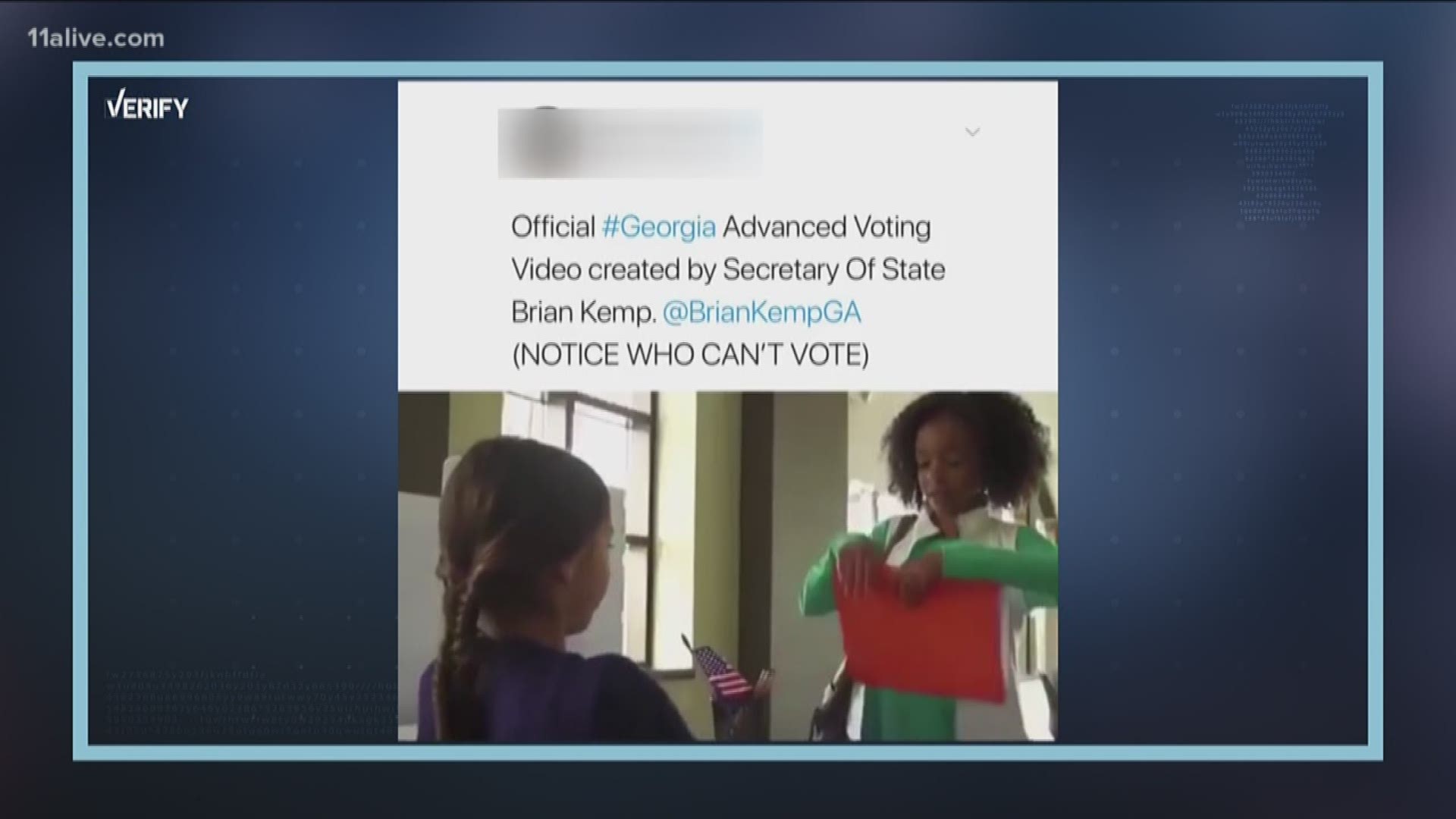 ATLANTA, Ga. -- A video supposedly from the Georgia Secretary of State's Officer is circulating online and sparking controversy.

The How-To video about advance voting is sparking outrage, with many calling it racist.

The video shows white voters having no problems at the polls, while a minority voter is given a provisional ballot because she doesn't have the right ID.

11Alive set out to verify if the video is from the Secretary of State Brian Kemp's Office.

Officials told 11Alive it is their video, and it was produced in 2016. They released the following statement:

😳 Look at this RACIST Video about how to early vote created by @briankempga aka #KKKEMP. Look at who CAN’T #VOTE. I couldn’t make this up if I tried! This isn’t even subtle. #SHARE and #REPOST Vote @staceyabrams TODAY and Nov 6th! #StaceyAbrams #BrianKemp #VoterSupression #GaPol #WeReadyGa

The Secretary of State's office created four videos in six languages about voting and shared them in news releases and online platforms during the 2016 election cycle. Another video shows a black boy voting a regular ballot on a voting machine.

But the video in question also has outdated information - it said elections in Georgia are only conducted in English. However, Gwinnett County now offers Spanish-language election materials.

So, was the viral video showing a minority voter being turned away produced by the Georgia Secretary of State's Office? Yes, that is verified.

The videos could be found on the Secretary of State's website, but have since been removed.