VERIFY | Is Secretary of State Brian Kemp using his website to campaign for governor?

A Georgia voter advocacy has made an allegation that Secretary of State Brian Kemp is not only violating the oath of office but might be doing so criminally by using his state platform for campaign purposes. 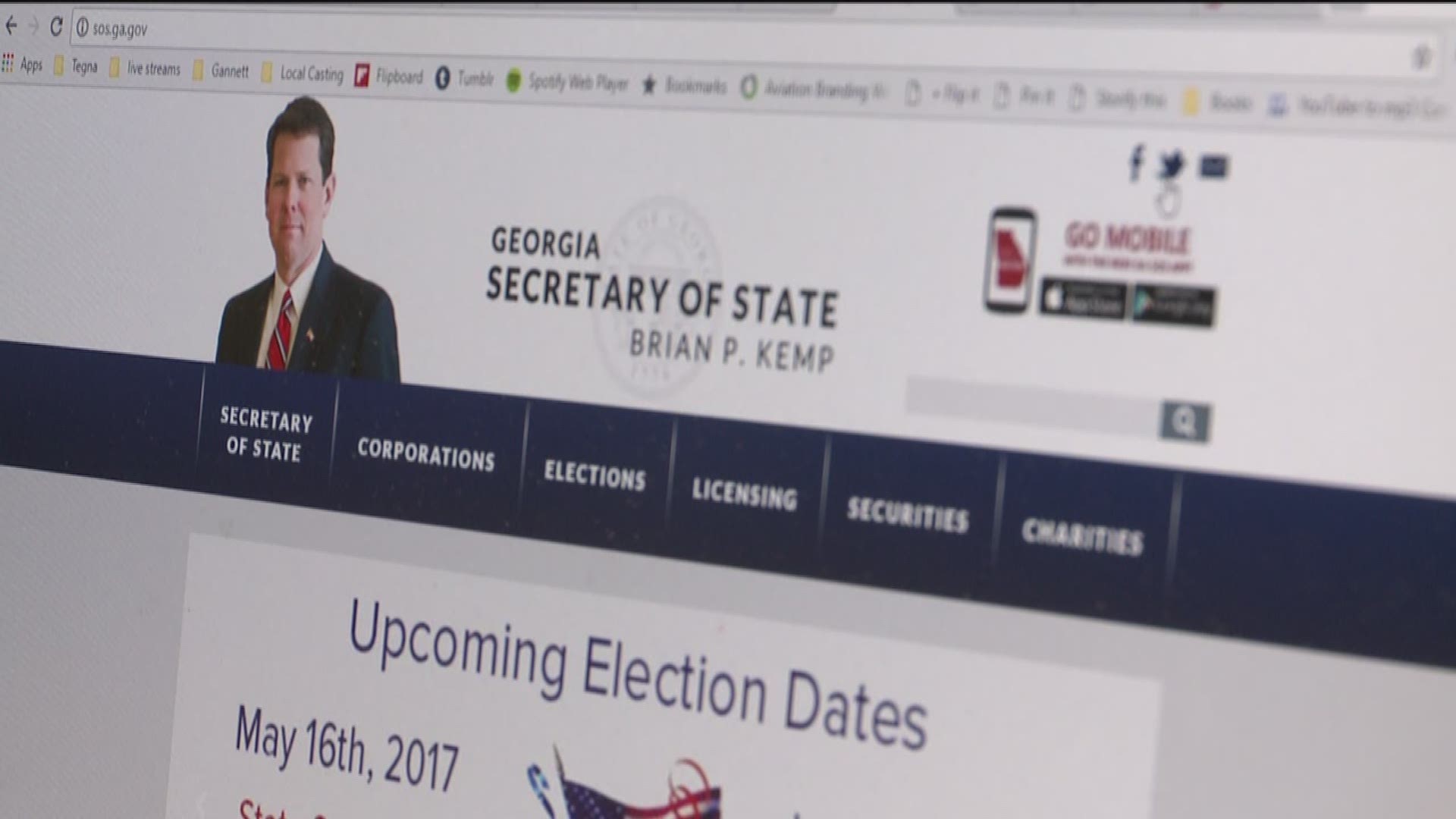 A Georgia voter advocacy has made an allegation that Secretary of State Brian Kemp is not only violating the oath of office but might be doing so criminally by using his state platform for campaign purposes.

Kemp has announced his campaign for governor in 2018.

There are two central claims: Whether or not Kemp is promoting his campaign using the official Secretary of State website -- and if so, if that criminally violates a state statute.

VERIFY | Is Secretary of State Brian Kemp using his official website to campaign for governor?

Favorito says that for well over six months, when you click on the 'After Hours Contact' link for on the Secretary of State website, you are redirected to the Brian Kemp for Governor campaign page on Facebook.

"Most everyone I've talked to is in disbelief. We've never seen that before," Favorito said. "The other candidates will not be able to use government property to promote their campaigns. There shouldn't be an unfair advantage given to any candidate just because they are an incumbent."

To verify Favorito's claims, we went directly to the Secretary of State's official website to test it out.

We can confirm that it is true -- when you click the "After Hours Contact" link, you are redirected to the Kemp for Governor campaign Facebook page.

We reached out to the Kemp Campaign for answers about why the Secretary of State is promoting his campaign using a taxpayer supported online platform.

A campaign manager declined our request for an interview -- telling us raising an issue with the practice is "nonsensical" because "it's standard practice."

In a statement, Kemp's campaign added, "Garland Favorito is an agenda driven activist with an ax to grind. Brian Kemp is a man of unquestionable integrity and this accusation is nothing more than fake news."

"Not totally surprised by the reaction I'm getting from the Secretary of State Kemp's office because again, he's trying to run for governor and this is another problem that has come up in the secretary of state's office and he's had a series of them and he's under a lot of pressure right now," Favorito said.

So, is the secretary of state criminally violating a state statute?

For that, we went to attorney Pate Page who has represented government officials in similar cases.

"The law that would apply here only prevents a state agency like the secretary of state's office giving a contribution to a campaign committee," Pate said. "Although you can make the argument that this link helps his campaign, I don't think it's enough to violate that statute."

In this instance, the answer is -- false -- the secretary of state is not breaking any laws, but Pate does say Kemp's actions do present a problem.

"I certainly think there may be some ethical problem with it. It's not good practice. I think as an elected official, you need to draw a clear line between what's state business and campaign business," Pate said. "Secretary Kemp's integrity is in question here."

Kemp's campaign also told us that Lt. Gov. Casey Cagle and Gov. Nathan Deal both do the same thing.

We looked into Kemp's claim.

We were able to verify that it is true that Cagle's official web page does, in fact, link to the social media pages for his campaign, but the claim is false when it comes to Gov. Deal, since he is not currently running for office.

A spokeswoman for the governor said, "The governor has never used state resources for political purposes."