Victims identified in fatal I-20 wreck

I-20 has reopened in both directions after two separate accidents which left one person dead late Friday morning. 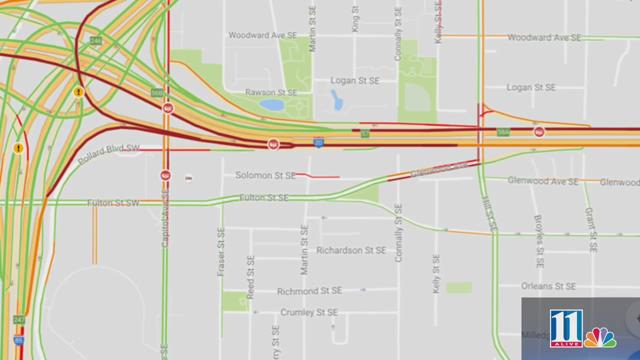 I-20 has reopened in both directions after two separate accidents which left one person dead late Friday morning.

The first accident happened at approximately 9:50 a.m., a vehicle was traveling westbound on I-20. As the vehicle changed lanes it struck another vehicle. The driver lost control, the vehicle overturned, and the driver was ejected.

Georgia State Police said the driver was not wearing a seatbelt. The driver, Schemacta Bass from Riverdale, was injured and transported to Grady Hospital. Charges related to this accident are pending.

1 / 11
I-20 is closed down in both directions after two separate accidents.

A second accident happened at approximately 9:55 a.m., a flat-bed truck was traveling eastbound on I-20 in the first lane from the center median barrier wall.

The driver observed the crash westbound and parked on the left shoulder to render aid. A van, was following too closely and struck the right rear of the truck which was partially inside the far left lane.