The first video shows the deputy that initially chased the car; the second video is the view of the deputy who joined in on the pursuit later. 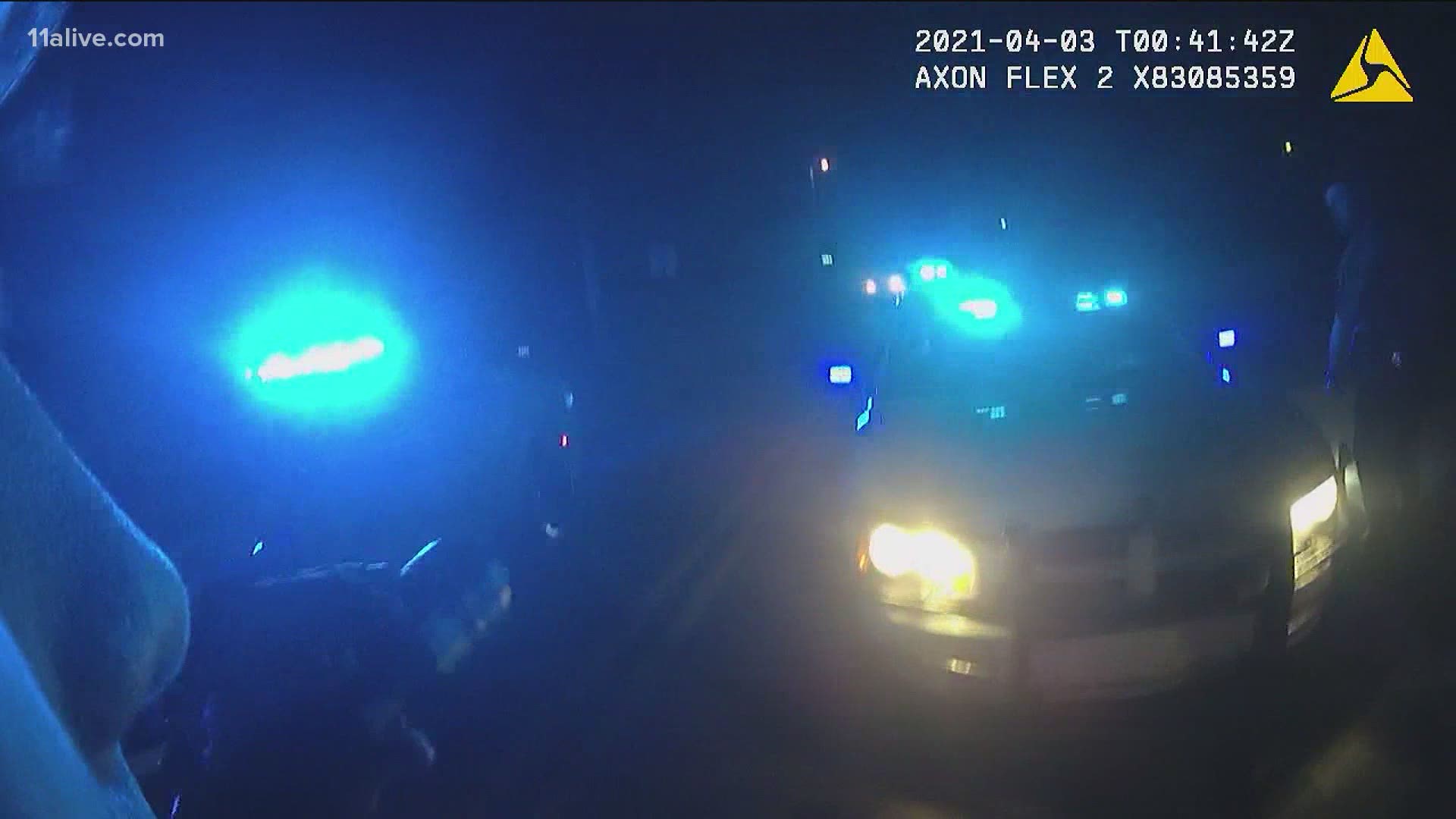 COWETA COUNTY, Ga. — The Coweta County Sheriff's Office has released new video and the police report following a chase which resulted in a crash that left a man and a woman dead.

According to the sheriff's office, the crash happened in southern Fulton County after an alleged escape attempt by the driver in Coweta.

The police report and video, which 11Alive has edited as to not show the moment of the deadly crash, gives more details about what happened on the night of April 2.

The first video shows the deputy that initially pursued the car; a second video is the view of the deputy who joined in on the pursuit later. The police report indicates the chase lasted about 1 minute and 41 seconds.

The report states that around 8:30 p.m., a deputy on patrol - who was stationary at the time - near Collinsworth Road and Weldon Road saw a brown Kia Forte with the driver-side headlight not working. The deputy pulled into the road to check the car tag and attempt to conduct a traffic stop. However, according to the report, the car got into the left turning lane to go around another vehicle that was stopped at the red light.

"The suspect vehicle then turned right and went north on Collinsworth Road. I noted that the suspect vehicle appeared to already be fleeing from me before I activated my emergency equipment to conduct a traffic stop," the deputy said in the report.

After it appeared the car was indeed not going to stop, the report said, the deputy turned on the emergency lights and notified Coweta County 911. You can hear the sirens blaring in the video as the deputy is in pursuit.

The report said the deputy was able to catch up to the vehicle and then another joined the pursuit.

"The suspect vehicle then began driving recklessly by passing multiple vehicles on a double yellow line in the opposing lane of travel," the report said.

In the second video, you can see the second deputy following behind the flashing lights as they speed pass cars along the highway.

You can see the speedometer getting near 80 miles per hour in one of the videos.

Authorities described the scene in the report, saying the two-lane roads were also dark with multiple curves.

In the video, you see the first deputy still driving while the other stops when he notices the crash scene.

"He just 1050'd right here," the deputy says in his radio, indicating there was a crash.

The vehicle was on the side of the road where it crashed into a tree near near Fayetteville Road and Blossom Street. The deputy gets out of the car and checks out the wreck. 11Alive is not showing this portion of the video, due to the deceased at the scene.

A man - who was the driver - was inside the car with severe injures, according to the report. A woman who was inside of the car was found outside the vehicle. They two people were confirmed dead at the scene once EMS arrived.

According to the report, the 30-year-old man who was killed had three outstanding felony burglary warrants out of Gwinnet County; the 28-year-old woman had multiple outstanding warrants from the Palmetto Police Department.

The tag that was on the car, according to police, was actually for a white Nissan Sentra; the VIN was not registered to the people inside of the car.

The report states the pursuit lasted only about 1.7 miles.

The crash is still under investigation.