APD said in a statement Monday that the "actions of the sergeant appear to be unacceptable." 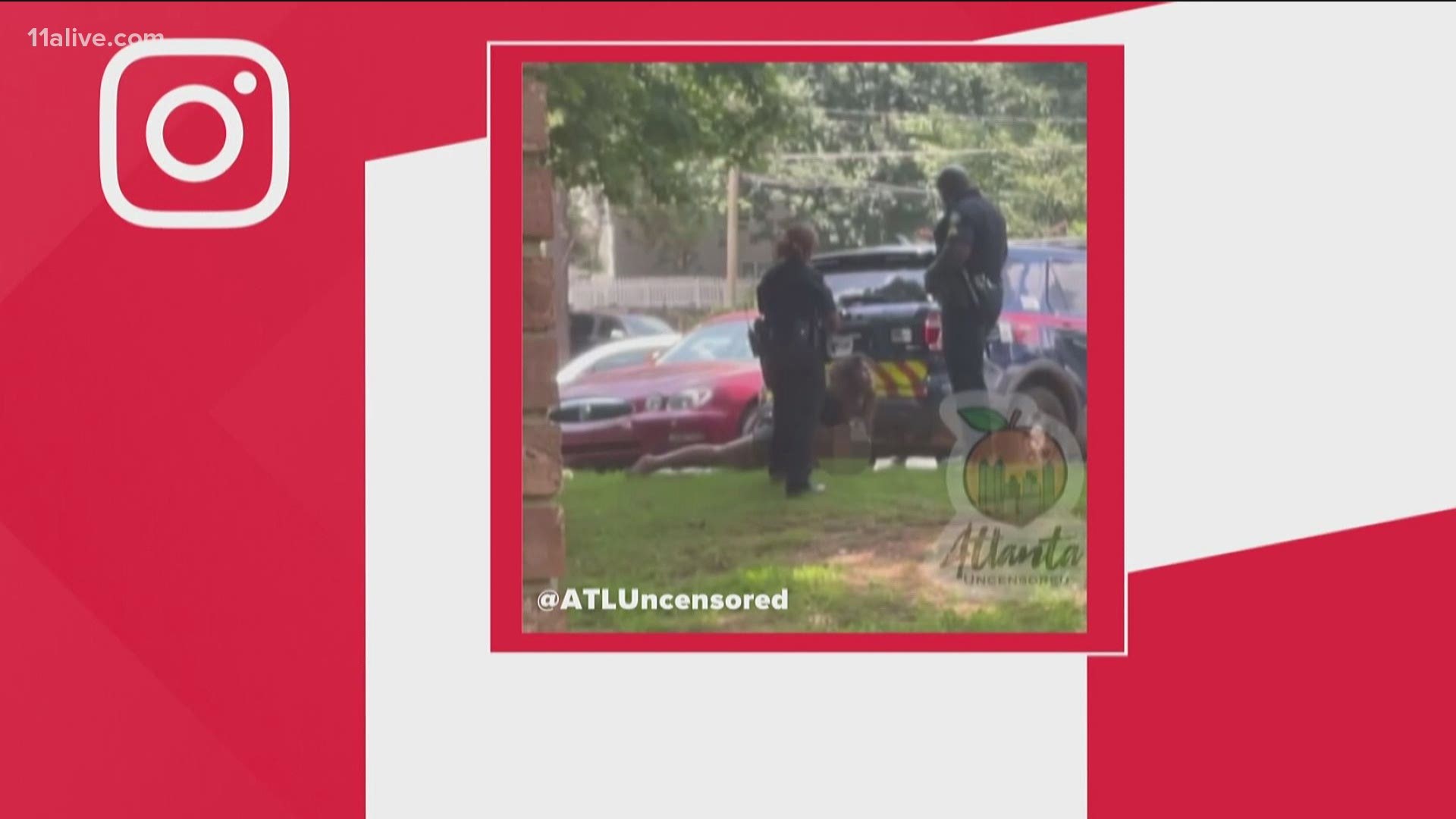 ATLANTA — After videos started circulating on social media of an Atlanta Police sergeant kicking a woman in the head, the department said it has relieved two of its officers from duty.

APD said in a statement Monday that the "actions of the sergeant appear to be unacceptable."

The video shows the woman lying on the ground and you see the sergeant kick the woman in the head. The video was posted by @atluncensored on its Instagram account Monday.

The post claims the woman, who is seen face-down on the pavement with her arms cuffed behind her, had been in an argument with someone else at her apartment. Police responded to the scene. The post alleges she spit on the sergeant’s pants and shoes, and the sergeant kicked her in the face.

Another officer is also standing there. The APD statement points out that APD commanders were concerned with the "lack of reaction" from the other officer who was there when the situation unfolded.

This led to their conclusion to take immediate action.

"The decision was made to immediately relieve the sergeant and the officer from duty and place the sergeant on unpaid suspension," the statement reads. "The Atlanta Police Department’s Office of Professional Standards (OPS) was directed to open an investigation into the actions of all employees on-scene and their investigation is to be expedited."

APD said the officers' actions appear to fall outside of its training standards, but they will conduct a thorough investigation to determine what happened.

"Chief Bryant will monitor the progress of this expedited investigation and review the findings to determine the proper course of action," the statement said."

The names of the officers have not been released.