Family: Dying words of teen shot by Cobb officer were 'why did you shoot me?'

17-year-old Vincent Truitt's family described on Tuesday what they saw in police body and dash cam video of the teen's July death. 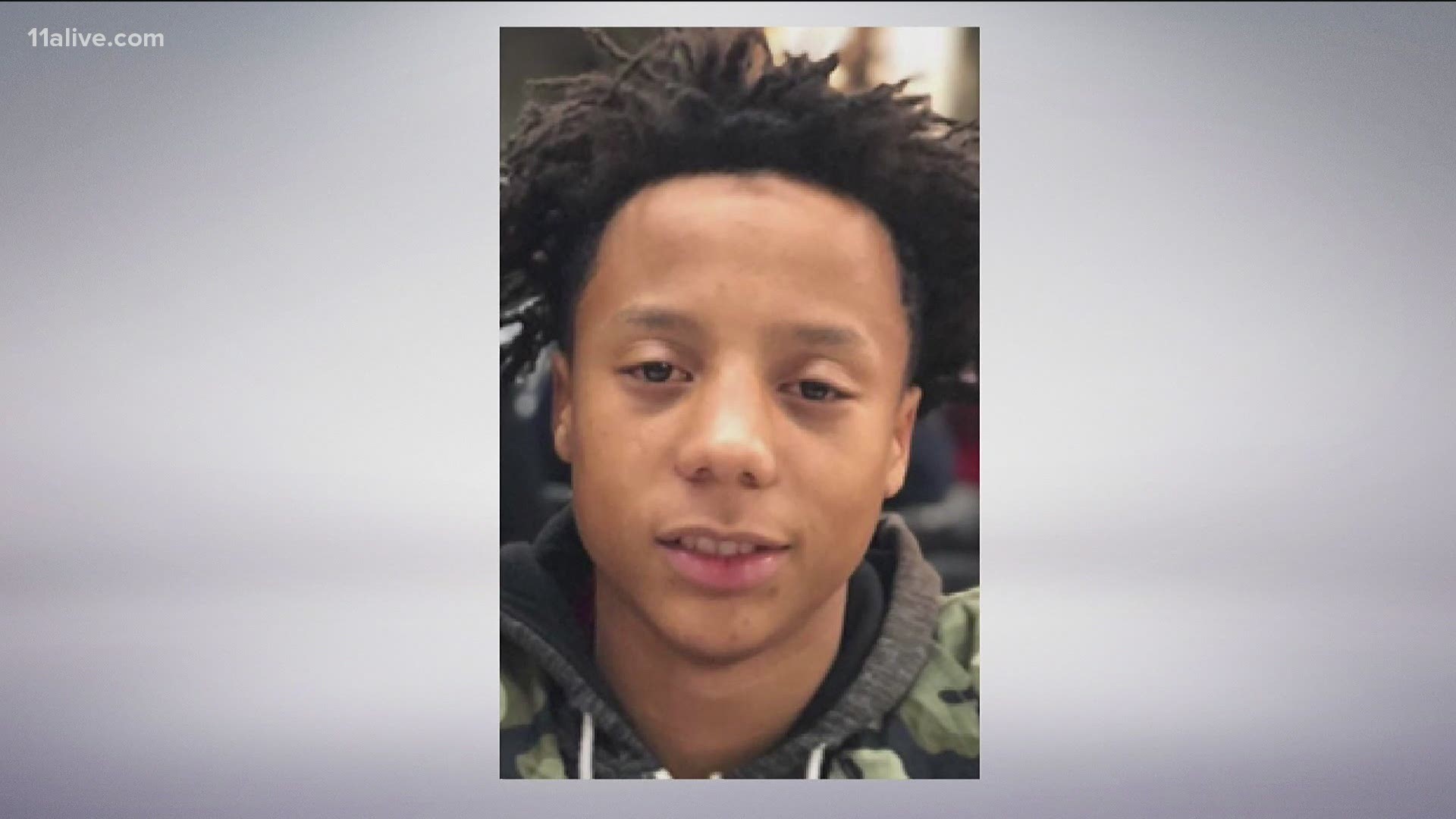 ATLANTA — The family of 17-year-old Vincent Truitt on Tuesday described what they saw in police body and dash cam videos of the teen's final moments as he was shot and killed by a Cobb County Police Department officer in July.

What the video showed, they said, was a teen who asked in his dying words, "Why did you shoot me?"

An attorney for the family, Gerald A. Griggs, the boy's father and other family members watched the video, they said. Griggs described Truitt exiting a car he had been not driving at the end of a chase, running three steps, and being shot twice in the back.

"After Vincent was shot, Vincent drops to the ground, you can hear him speaking to the officer. He pointedly asked the officer, 'Why did you shoot me?'" Griggs said at a press conference. "The officer at that point says, 'Because you have a gun.'"

RELATED: Family of teen shot and killed in Cobb: Videos show he was shot in back, did not point gun at officer

The matter of whether Truitt "brandished" a gun in any way toward the officers has been a point of contention in the case, with Griggs saying the videos showed he clearly did not point a weapon at the officers or turn around to face them at any point.

The GBI, which provided an initial account that said a male "brandished a handgun," acknowledged that Bureau Director Vic Reynolds met with the family in October. The family, who had not seen the body or dash cam video at that time, said he told them Truitt “never pointed a gun at any officer. The officer never commanded Truitt to drop his weapon, stop, or not to move.”

11Alive has reached out to Cobb County Police for a response. In a statement, the department said it "recognizes that the loss of any and all life is tragic," but that it does "respectfully disagree with some of the characterizations of the events."

Police said officers were trying to apprehend several people in a car that was reportedly stolen. Two other suspects - the driver and the passenger - were caught by police. Truitt, police said, "exited from the driver’s side after the driver exited. Mr. Truitt was armed with a handgun (in his hand) as he exited the vehicle. An officer running toward him observed the weapon and responded by drawing his issued weapon and firing two shots, striking Mr. Truitt both times."

The statement does not say that the officer gave commands for Truitt to drop the weapon. It does say that the department will "not rush ahead of the process as it is appropriate that all facts and details in this case be examined." (Read it in full below.)

Truitt's death was ruled a homicide by the Cobb County Medical Examiner in October.

Truitt's father, Andre Truitt, said at the press conference that his son was "maliciously murdered" and that the video "clearly shows that my son did nothing but run away."

Truitt's mother, Venethia Cook-Lewis, described her son as an adored older sibling, a star athlete, an active member of his church, a frequent volunteer and a budding entrepreneur with an interest in fashion and design.

She said the shooting "stole our future."

"I will never be the same. I died with my son that day," she said. "The impact this has put on me has weakened me. I sit at his gravesite every day of my life. It’s the only place I feel peace."

"My poor baby never saw it coming, he was running away, since when did running away become a death sentence?" the mother added.

The family is now calling for the Cobb County Commission to terminate CCPD Chief Tim Cox, for the termination of the officer - who has not been named - and for murder charges to be brought against that officer.

The family said they were shown the videos by current Cobb District Attorney Joyette Holmes. It's not clear how incoming DA Flynn D. Broady Jr., who won the election last week, will address the case.

"The Cobb County Police Department recognizes that the loss of any and all life is tragic. We also understand that this is a painful time for the family involved as well as the officer.

We respectfully disagree with some of the characterizations of the events that happened on the night of July 13, 2020. We believe the evidence will show that Cobb County Police Officers attempted to apprehend several individuals in a stolen vehicle on Riverside Parkway. After a vehicle pursuit, officers were able to force the vehicle to stop behind a business on Riverside Parkway. The driver exited the car, ran from officers, and was apprehended. The rear seat passenger remained in the car and was detained on the scene. The front seat passenger, Vincent Demario Truitt, exited from the driver’s side after the driver exited. Mr. Truitt was armed with a handgun (in his hand) as he exited the vehicle. An officer running toward him observed the weapon and responded by drawing his issued weapon and firing two shots, striking Mr. Truitt both times.

We understand this investigation has taken a considerable amount of time. However, we believe it is necessary for the investigative process to move forward and to allow the District Attorney’s office and ultimately a Grand Jury to render a decision in this matter. We will not rush ahead of the process as it is appropriate that all facts and details in this case be examined."