"Say his name," was yelled to the crowd. "Vincent Truitt," was their response. 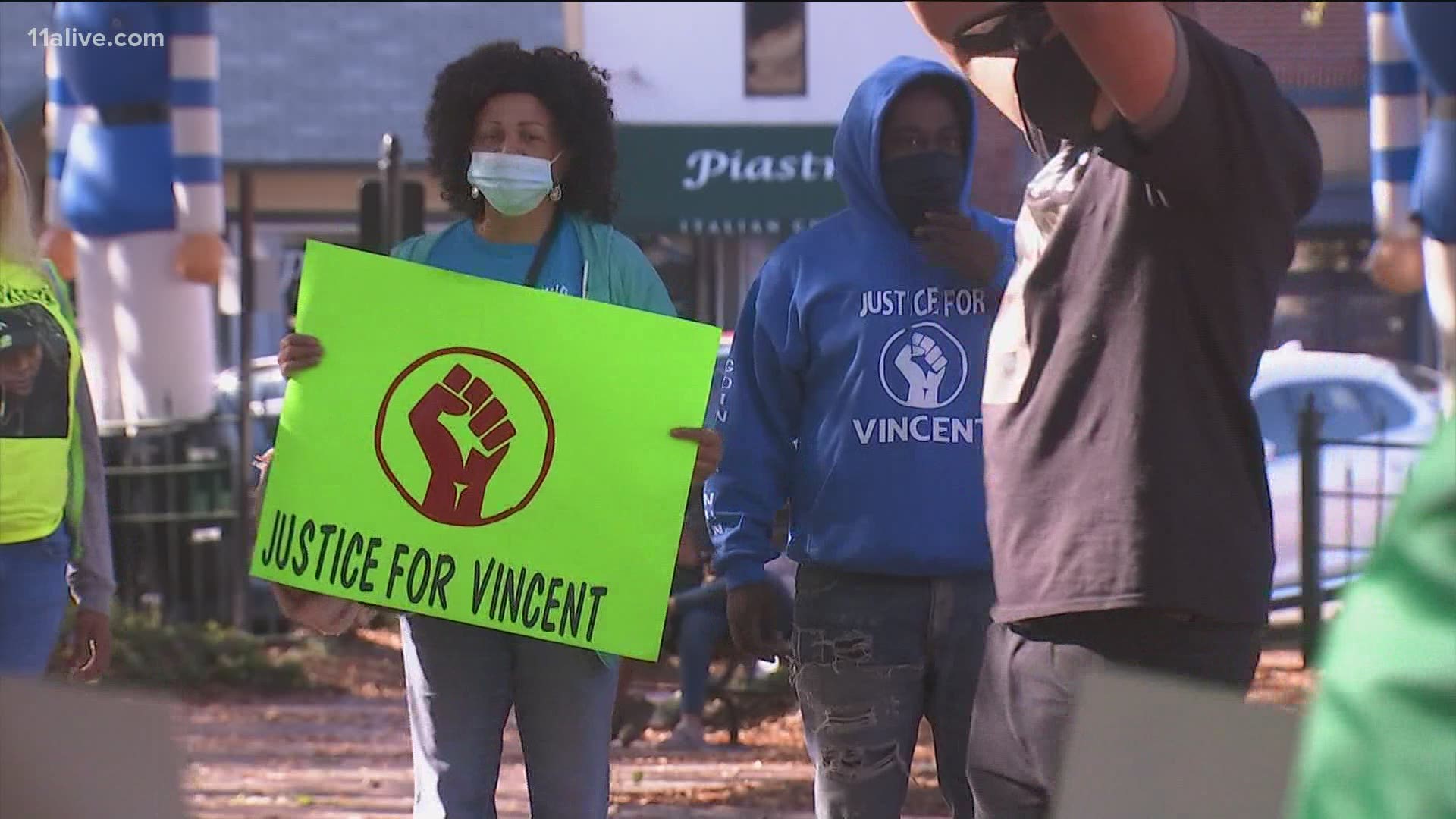 MARIETTA, Ga. — Demonstrators gathered in Marietta Square Saturday afternoon for a 17-year-old who was shot and killed by a Cobb County Police Department officer in July.

"Say his name," was yelled to the crowd. "Vincent Truitt," was their response. The group gathered demanding more answers in the case. Many held signs and wore T-shirts bearing Truitt's name.

Earlier in the week, an attorney for Truitt's family, Gerald A. Griggs, said the teen was exiting a car and was shot in the back. Griggs said he along with family watched police body and dash cam videos, which showed Truitt's final moments.

Police said Truitt had a gun, but the family attorney said the teen is not seen pointing a gun at anyone in the video. The matter of whether Truitt "brandished" a gun in any way toward the officers has been a point of contention in the case.

The GBI, which provided an initial account that said a male "brandished a handgun," acknowledged that Bureau Director Vic Reynolds met with the family in October. The family, who had not seen the body or dash cam video at that time, said he told them Truitt “never pointed a gun at any officer. The officer never commanded Truitt to drop his weapon, stop, or not to move.”

RELATED: Family: Dying words of teen shot by Cobb officer were 'why did you shoot me?'

RELATED: Death of teen shot by police ruled a homicide in autopsy report

Authorities said the incident started when officers were trying to apprehend several people in a car that was reportedly stolen. Two other suspects - the driver and the passenger - were caught by police. Truitt, police said, "exited from the driver’s side after the driver exited. Mr. Truitt was armed with a handgun (in his hand) as he exited the vehicle. An officer running toward him observed the weapon and responded by drawing his issued weapon and firing two shots, striking Mr. Truitt both times."

Truitt's death was ruled a homicide by the Cobb County Medical Examiner in October.

In a previous statement, the police department said " we understand this investigation has taken a considerable amount of time. However, we believe it is necessary for the investigative process to move forward and to allow the District Attorney’s office and ultimately a Grand Jury to render a decision in this matter." Read the full statement here.