Virginia moves one step closer to abolishing the death penalty

The Virginia House of Delegates joined the Virginia Senate Friday in passing legislation to abolish the death penalty in the Commonwealth. 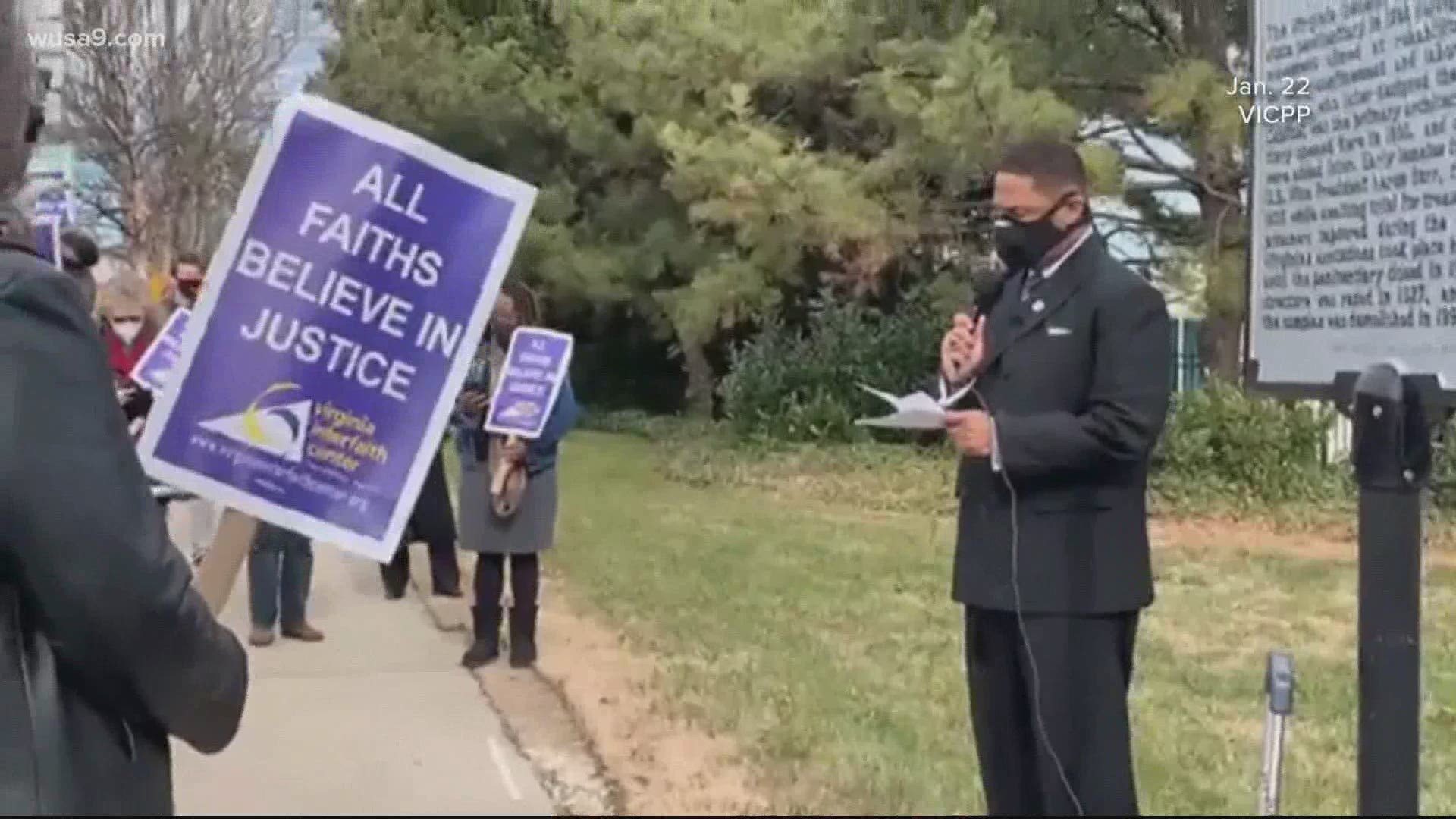 RICHMOND, Va. — Virginia has come one step closer to abolishing the death penalty.

On Friday, the Virginia House of Delegates voted to pass a bill that would end the practice in the Commonwealth, including for people currently waiting to be executed on Virginia’s death row.

“I’ve said before that I believe deeply in my soul that the death penalty is abhorrent and must be abolished,” he said. “I’m glad to see that it’s one step closer today. It’s no secret that this practice impacts Black citizens more than any other group, and it’s a necessary reform to our justice system.”

The Virginia Interfaith Center for Interfaith Policy also supports abolishing the death penalty. Last year, the organization held vigils and press conferences to voice its approval for the practice’s repeal.

Rev. Dr. LaKeisha Cook, a criminal justice reform organizer with the Virginia Interfaith Center for Interfaith Policy, said part of the reason she opposed the practice was because it could be connected to racial injustices of the past like Jim Crow and lynching.

“We were looking at it, not just from a racial justice lens, but the moral lens,” she said. “I mean, we believe in human dignity as people of faith. We believe in redemption. And so, for us, we were fighting on a couple of different levels.” 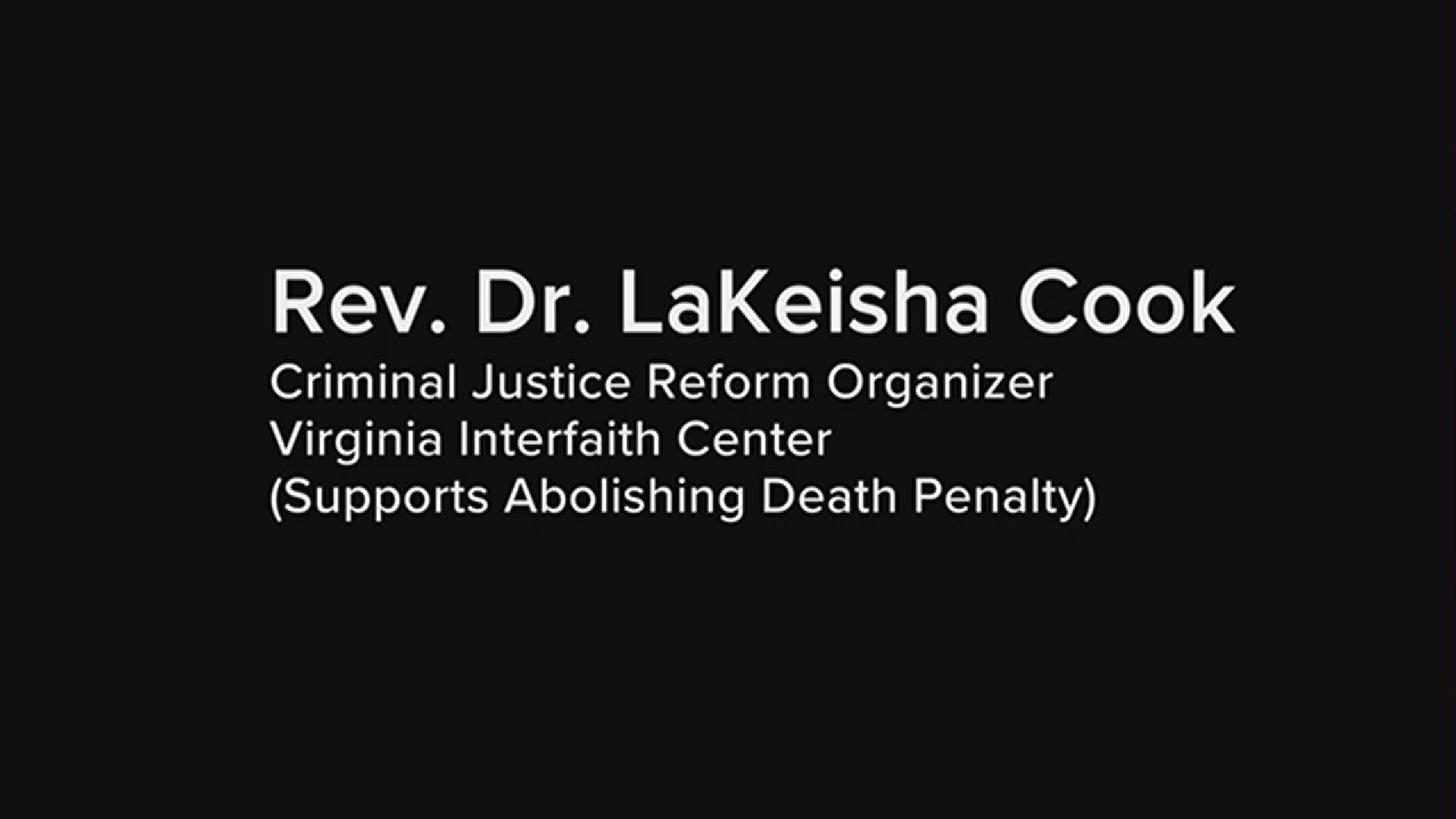 According to the American Bar Association, the Commonwealth has executed the second-highest number of people in the country in the modern era of the death penalty.

One of Virginia’s highest-profile executions involved the Beltway Sniper John Allen Muhammad in 2009.

Virginia’s last execution was in 2017. The Commonwealth executed William Morva for killing a hospital guard and sheriff’s deputy down in Blacksburg.

The Virginia Department of Corrections says two men, Thomas Porter and Anthony Juniper, are currently waiting to be executed after being sentenced to death in recent years.

Delegate Jason Miyares, R – Virginia Beach, who is also a candidate for Virginia Attorney General, said he believes the death penalty should continue to be legal in Virginia.

Miyares, a former Virginia Beach prosecutor, said he gained an enormous amount of sympathy for victims of violent crimes as he represented them in court.

“What happened today is the victims were forgotten and I think that's really unfortunate,” he said. 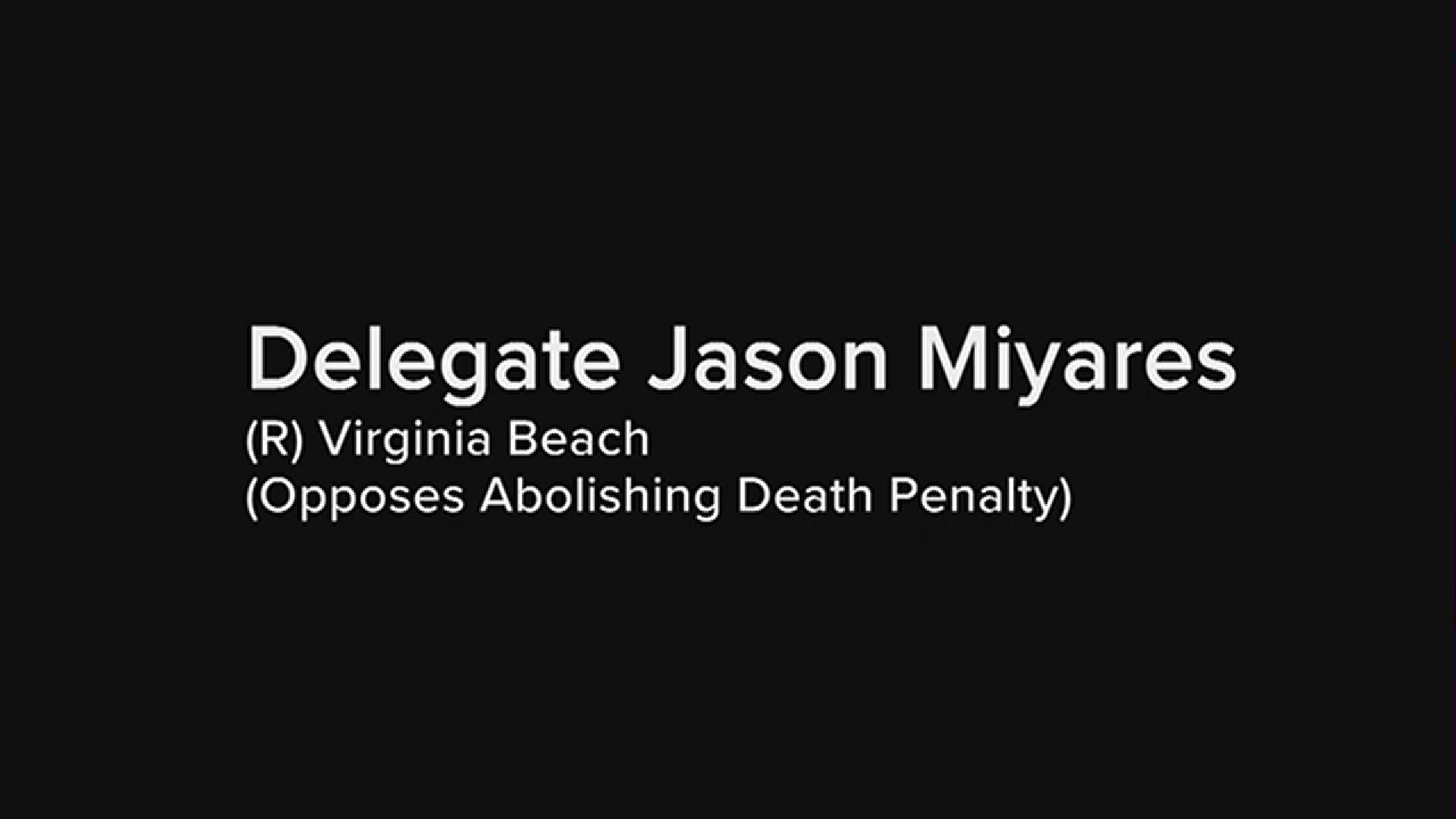 In an effort to sway more people to vote against House measure, Miyares told fellow lawmakers stories of victims who had been murdered in Virginia.

One victim he mentioned was 16-year-old Stacie Reed. The Yorkshire, Virginia teen was killed in her home by a White supremacist name Paul Powell in 1999.

Powell was executed, by an electric chair, in Virginia in 2010.

“They say that the only thing you learn from history is that people don't learn from history,” Miyares said. “All of these reforms have been tried before and they lead to an uptick in violent crime. And, ultimately, you could have Virginians be victims because somebody that otherwise should have been behind bars is going to be back on our streets.”

RELATED: 'I have no intention of resigning' | Virginia delegate responds to calls to step down for spreading 'misinformation'

It appears Virginia Governor Ralph Northam will sign legislation to abolish the death penalty when it is placed on his desk.

On Wednesday, he said it is time for Virginia to join the 22 other states that had already moved to abolish the death penalty.

“Virginia has executed more people than any other state,” Northam said. “The practice is fundamentally inequitable. It is inhumane. It is ineffective. And we know that in some cases, people on death row have been found innocent.”