A candlelight vigil will be held at 8 p.m. Friday at Barrett Park off Hickory Road. 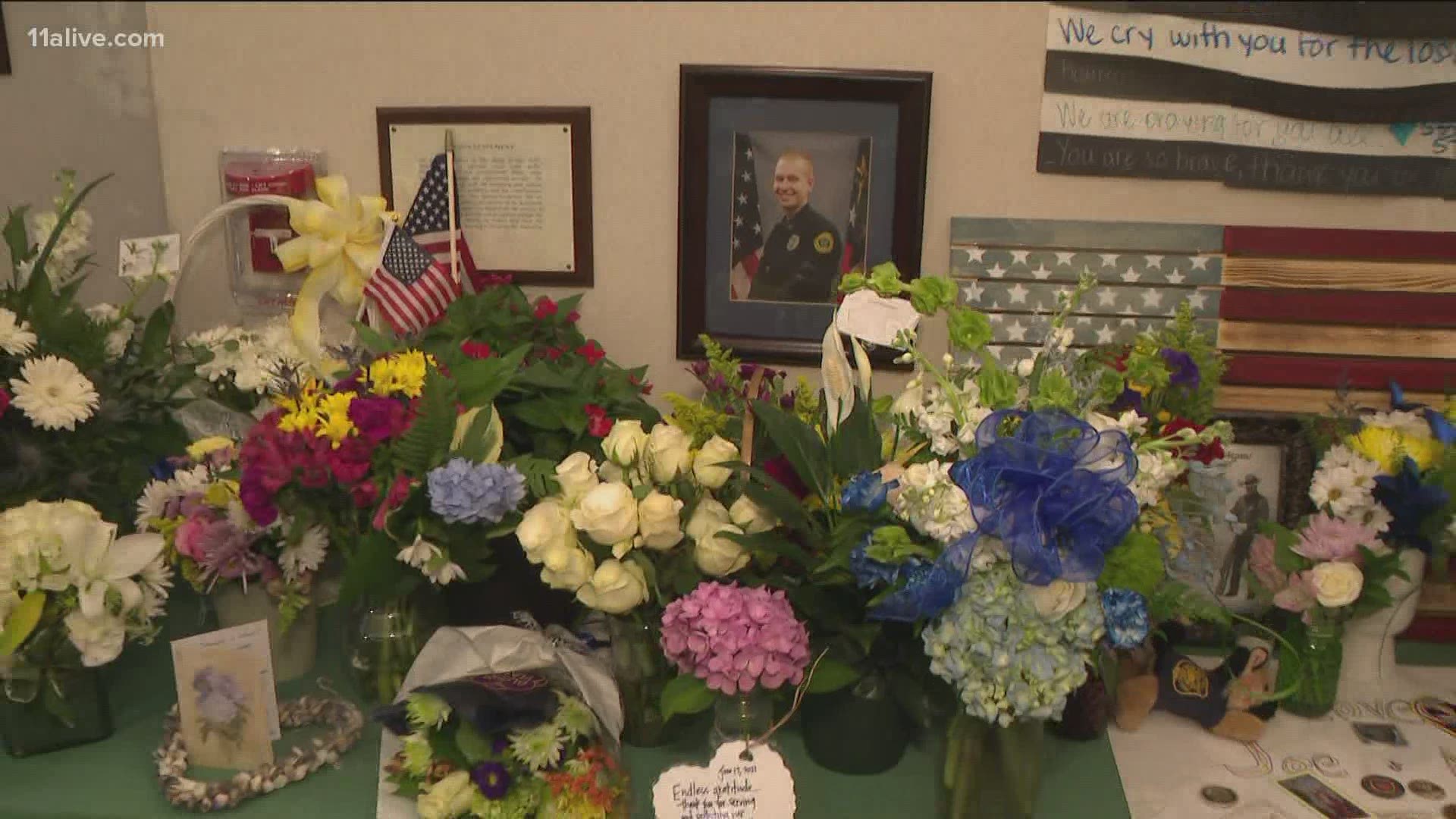 HOLLY SPRINGS, Ga. — Family, friends, and fellow officers will gather to honor the Holly Springs officer killed in the line of duty.

Officer Joe Burson, 25, died after he was dragged by a car during a traffic stop.

A candlelight vigil will be held at 8 p.m. Friday at Barrett Park off Hickory Road.

Family and friends will also gather for the visitation on Saturday, June 18, from 11 a.m. until 6 p.m. at Lakeside Funeral Home in Woodstock. Burson's funeral will be held Monday, June 21, at First Baptist Church in Woodstock at 2 p.m.

RELATED: Holly Springs officer killed described as 'loving man,' rock musician who wanted nothing more than to be a cop

Support for Burson's family and friends has come in different forms.

People from across Cherokee County have been dropping off flowers and food at the police department to honor Burson's brothers and sisters in blue.

Blue ribbons are along Hickory Road near the scene where Burson was dragged on Wednesday.

Chief Tommy Keheley said this is the first officer from the department to die in the line of duty since he came to work for Holly Springs in 2016.

"It’s heartbreaking it’s something that you never want to face, but it’s just a reality of the job we perform," Keheley said.