In 2019, the state spent $100 million to buy new voting machines for every voting precinct in Georgia. 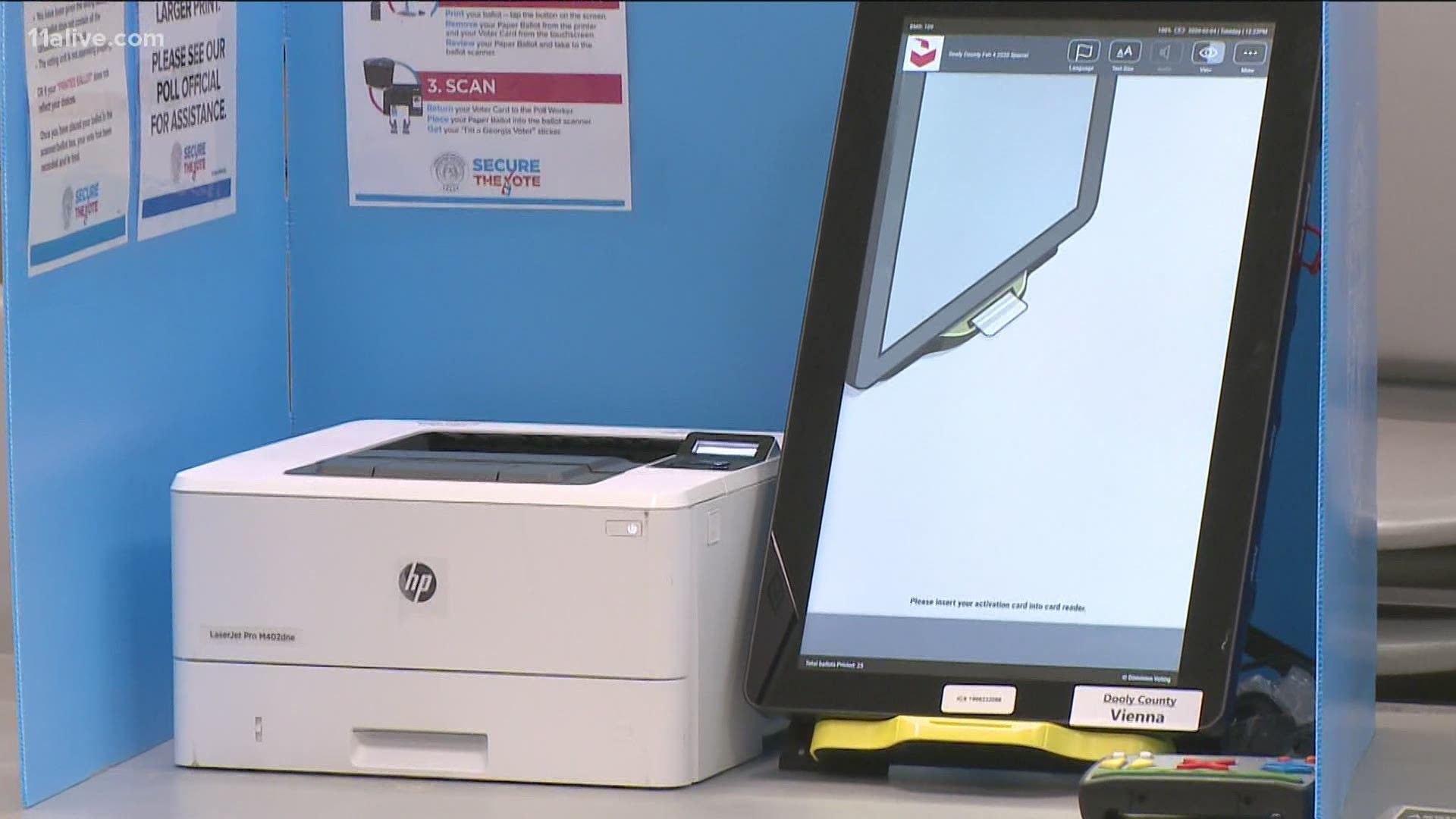 ATLANTA — Georgia’s Republican party is recommending that the state get rid of its new voting machines and replace them with hand-marked paper ballots.

In 2019, the state spent $100 million to buy new voting machines for every voting precinct in Georgia. Republicans pushed them through over the objections of Democrats, who called for hand-marked paper ballots.

A state Republican party study committee released a list of recommended changes to the state's voting system. It urges many changes to absentee voting, including eliminating drop-boxes and "no-excuse" absentee voting.

And it calls for the state to return to hand-marked paper ballots, asking the state to “return touchscreens, dedicated scanners and batteries” to Dominion voting systems, which sold them to the state in 2019.  The scanners tabulate digital QR codes produced by each voter.

"There is concern from Georgians on both sides of the aisle about QR codes and voters not being able to scan a ballot and know that when that ballot is scanned, that its actually the choices they made," said Brad Carver, the Georgia GOP's 11th district chairman, who led the committee calling for the reforms. "We want voters to have confidence in our system."

The GOP formed the committee in response to a post-election uproar from backers of former President Donald Trump after he lost Georgia in November. When Republicans led the charge in 2019 to buy the new Dominion voting machines, Democrats and tech experts opposed them because, they argued, the machines were vulnerable to hacking.

"It is very ironic that Republicans have belatedly realized that there is a more secure and less expensive method that we should have adopted two years ago in Georgia," said state Sen. Elena Parent (D-Atlanta).

She agrees with some of the points Republicans are making, who are newly critical of the Dominion voting machines.

"Hand marked paper ballots would have been a more economical and more secure system for Georgians. So the Republicans are belatedly arriving at that, but really through a false narrative to begin with," Parent said.

Republicans acknowledge that it may not be easy to toss aside most of a newly purchased $100 million voting system. If so, the Carver said individual voters ought to have the choice in the voting booth – whether to use the Dominion voting machines, or hand marked paper ballots.