Historically, bad weather has been a deterrent to high voting numbers. But this year could be different. 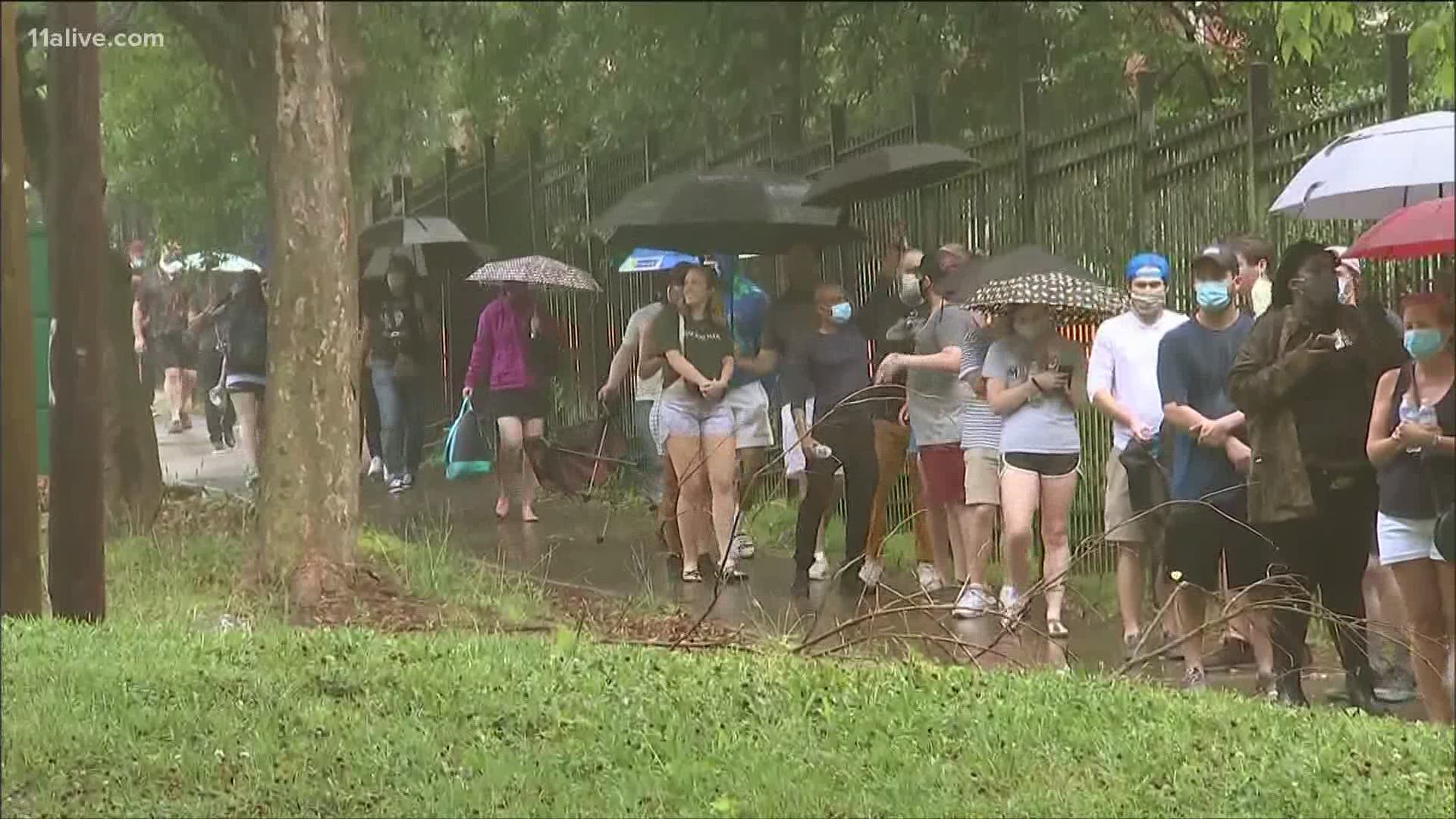 For weeks, Georgia voters have shattered early voting records. Recent numbers show more than 3 million Georgians have already voted early either in person or via absentee ballot. However, those record numbers could hit a snag.

Overnight, remnants of Hurricane Zeta is expected to hit Georgia. Historically, bad weather has been a deterrent to high voting numbers. But this voting year may be different. During the June 9 primary, voters waited for hours in line in some places, determined to cast their vote, despite rain pouring down on them.

The Secretary of State’s Office expects a last minute rush of early voters Thursday and Friday.

Already nearly 34,000 Fulton County residents have voted at the mega polling location, State Farm Arena,  according the the secretary of state.

The Cobb County Board of Elections director says the county will handle storm damage as it comes, telling us “If any location is unsafe, it will not open until the situation can be resolved.”

In Hall county, polling locations will open at 7 a.m., like normal.

Voters should visit the state's My Voter Page website to make sure your polling location is open and has not moved.