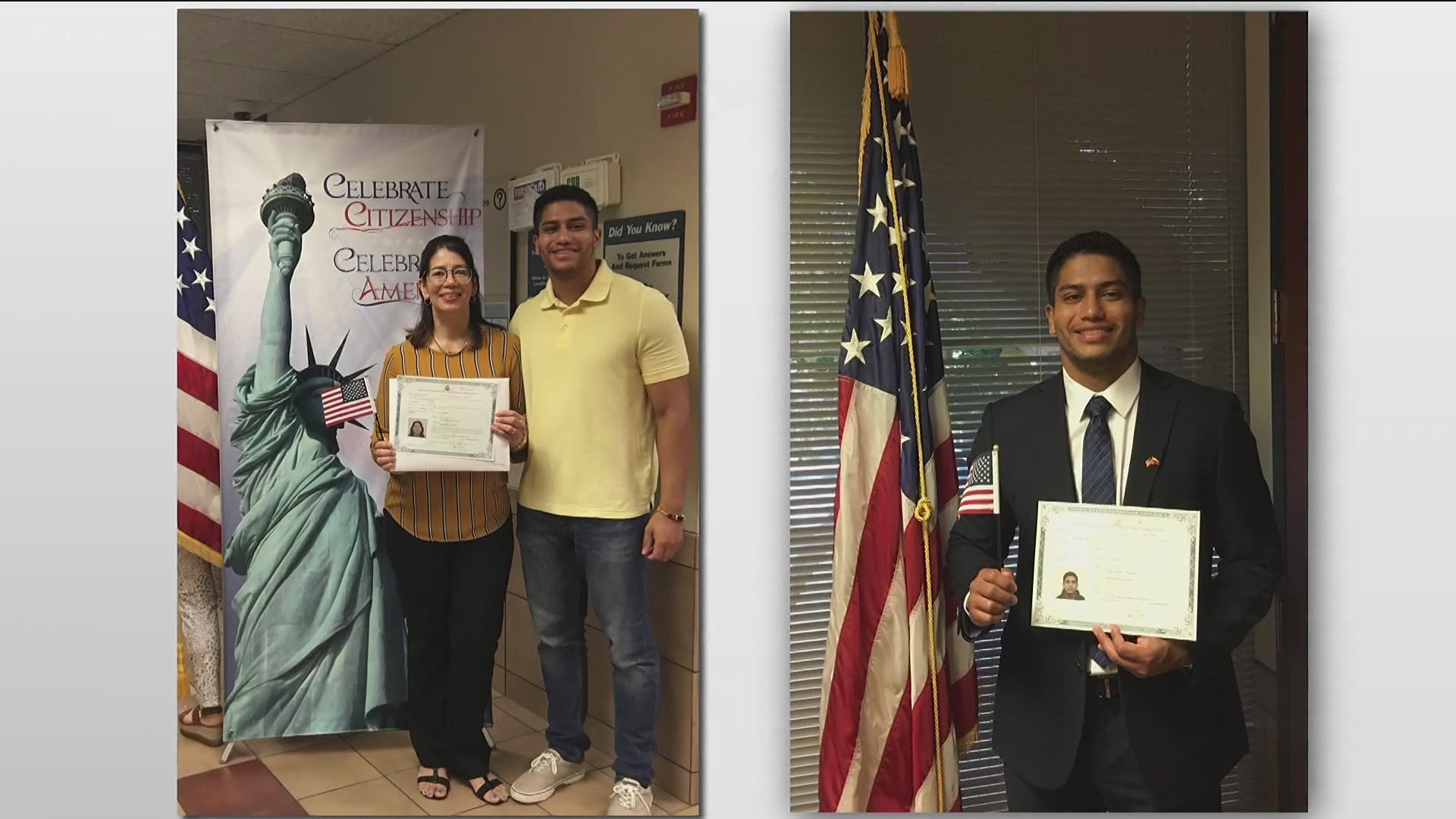 ATLANTA — After 14 years of living in Georgia, Andres Parra and his family became naturalized U.S. citizens, just in time for the 2020 primaries.

For years, he volunteered to help people register to vote but last year, his time to vote finally came.

"It was a series of miracles, but I think when you're an immigrant you're in such a vulnerable place that you depend on miracles unfortunately most of the time," the 24-year-old said. "I'm so happy to be a part [of voting] in such a momentous and historic year for the country, but Georgia grabbed the nation's attention."

Parra is one of the more than 140,995 new Latino voters in the state since 2016, according to local organization GALEO.

GALEO's mission is to increase civic engagement and leadership of the Latino community across Georgia. Its CEO, Jerry Gonzalez, said the Latino vote grew by 57.7% in the state since 2016.

Of the 5 million votes that were cast in the November election, about 205,000 of those came from the Latino community, which totals to about 4.1% of the total electorate that showed up to vote in the state.

Gonzalez estimated that right now there are more than 88,000 Latinos in Georgia who are eligible, but haven't registered to vote yet.

"The 2020 election had very tight margins so this growth in the Latino electorate really had a powerful effect of the outcome of the elections here in Georgia," he said.

According to the report released by GALEO, all of the top ten counties where Latino turnout was the highest, saw a growth in votes cast by Latinos of over 50%, except for Cobb County, which saw a 47.78% increase.

The total number of registered Latino voters in the top 10 counties (which include Gwinnett, Cobb, Fulton, DeKalb and Hall counties) totals to 239,973.

"Certainly there's a lot more work to do with those under 40 and that's where we focus a lot of our efforts," Gonzalez said. "Making sure that we can drive voter participation in the under-40 Latino electorate."

Parra, who is part of the under-40 electorate, hopes to continue being a part of this change.

"I'm excited that my community is starting to make sure their voice is heard through that initial step of voting," he said.

On a national level, the report noted that the Latino vote grew by 6 million voters since the 2016 election cycle, reaching a record number of 18.7 million voters in 2020. Reportedly, one in 10 voters was Latino in 2020.