Hundreds of people waited in line for hours at the Dalton Convention Center for the privilege of hearing Vice President Pence. 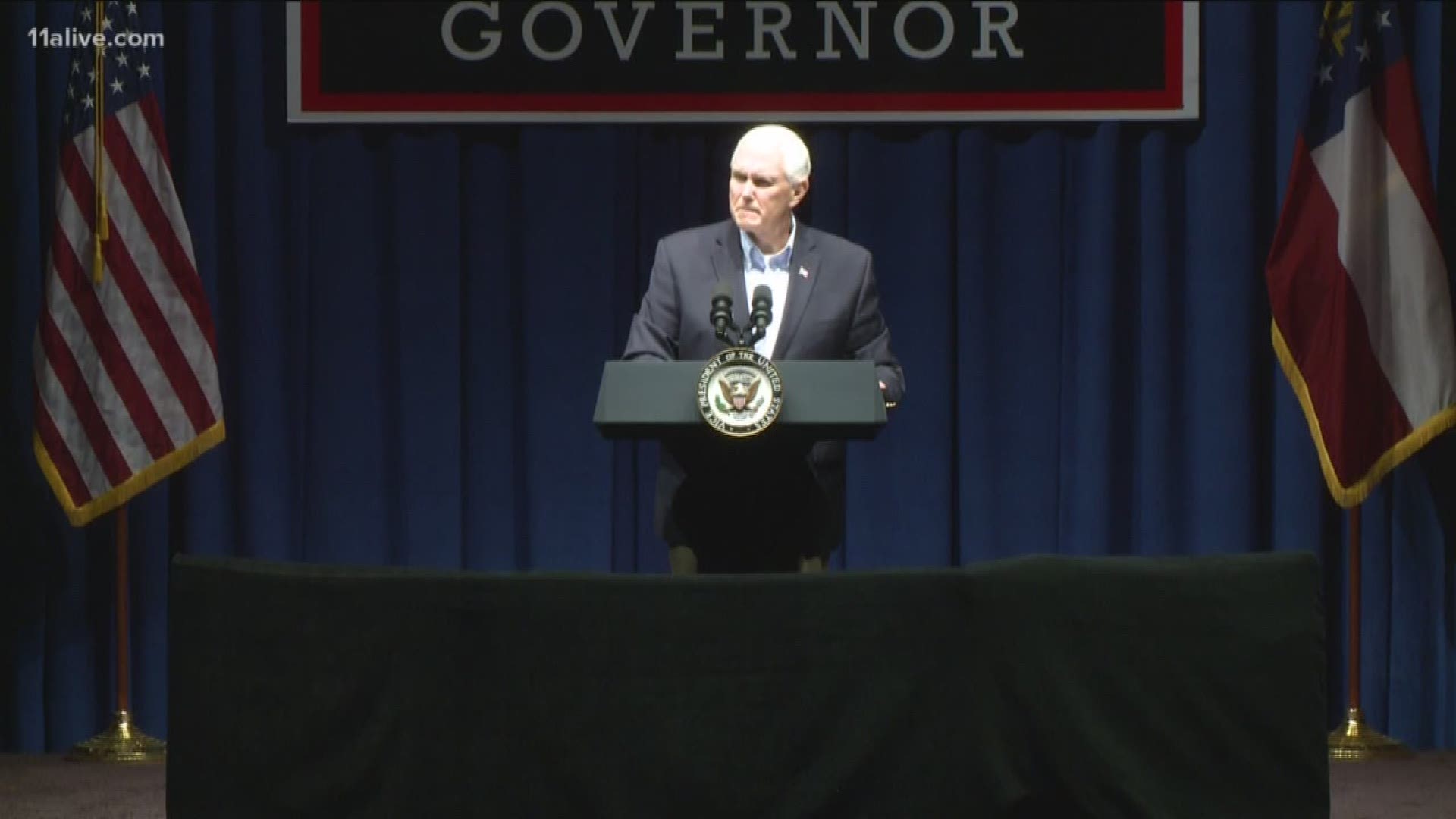 Hundreds of people waited in line for hours at the Dalton Convention Center for the privilege of hearing Vice President Pence.

"I love Mike Pence because he’s a strong Christian family man," said Wendy Harper, who traveled to Dalton from Atlanta. Marcia Davis of Summerville said she had trouble sleeping in anticipation of the event. 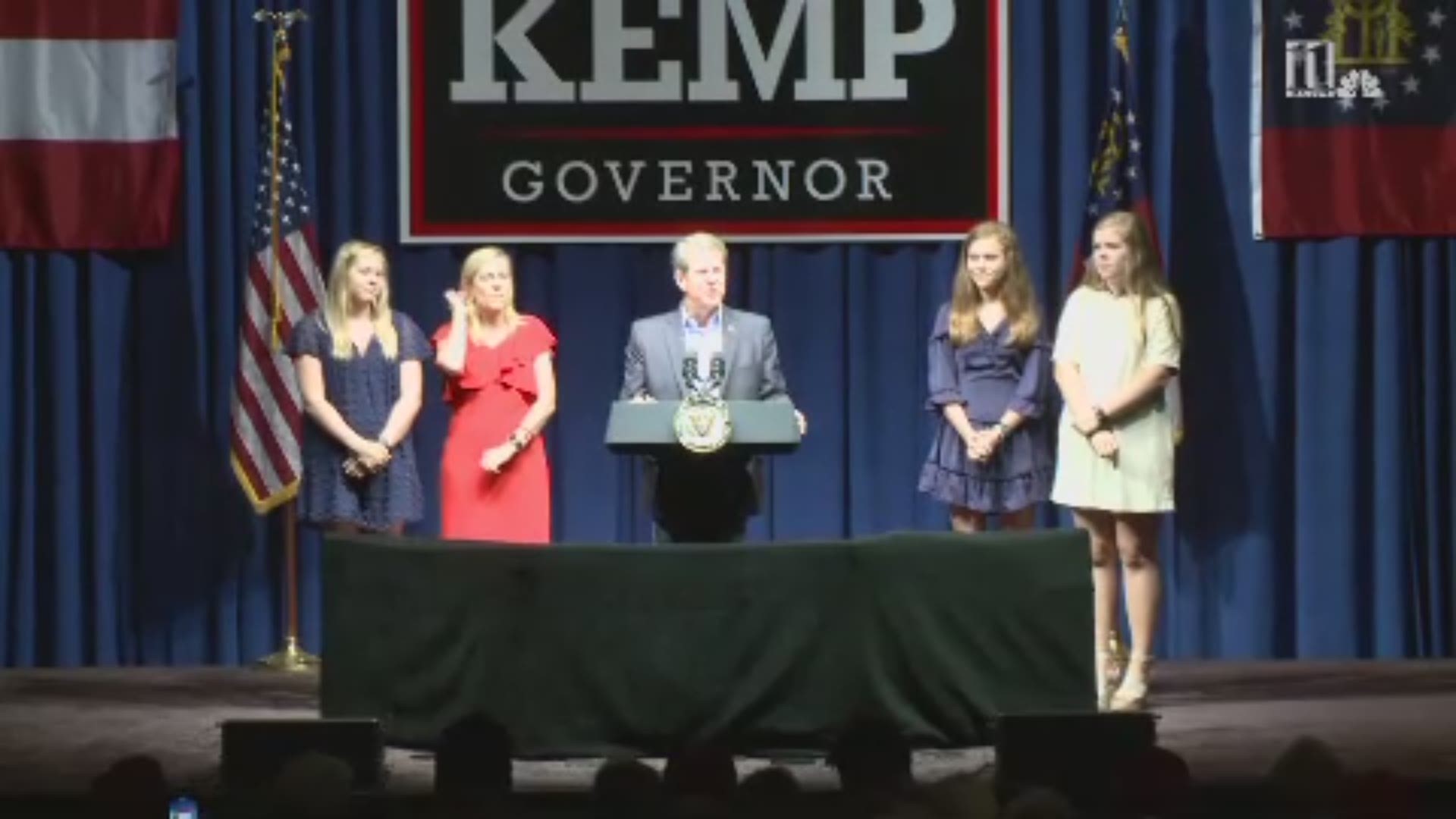 The event was about Brian Kemp, locked in a tight race for Georgia governor. But much of the message was about Kemp’s similarities with President Trump – and their shared disdain for Democrats.

"We will build a red wall around this state to stop that so called blue wave," Kemp said to cheers.

Pence provided the star power, yet acknowledged some of the star power Democrats have brought to the state for Stacey Abrams, Kemp's opponent.

"I heard Oprah’s in town today. I heard Will Ferrell was going door to door the other day. I’d like to remind Stacey and Oprah and Will Ferrell I’m kind of a big deal too," Pence said.

Kemp was scheduled to spend all day with Pence in Dalton, Augusta and Savannah. Many of the folks we talked with in the audience in Dalton are also planning to be in Macon Sunday with President Trump.