Dozens of people filed into the First Church of the Nazarene, all praying for Tina Prince to come home. 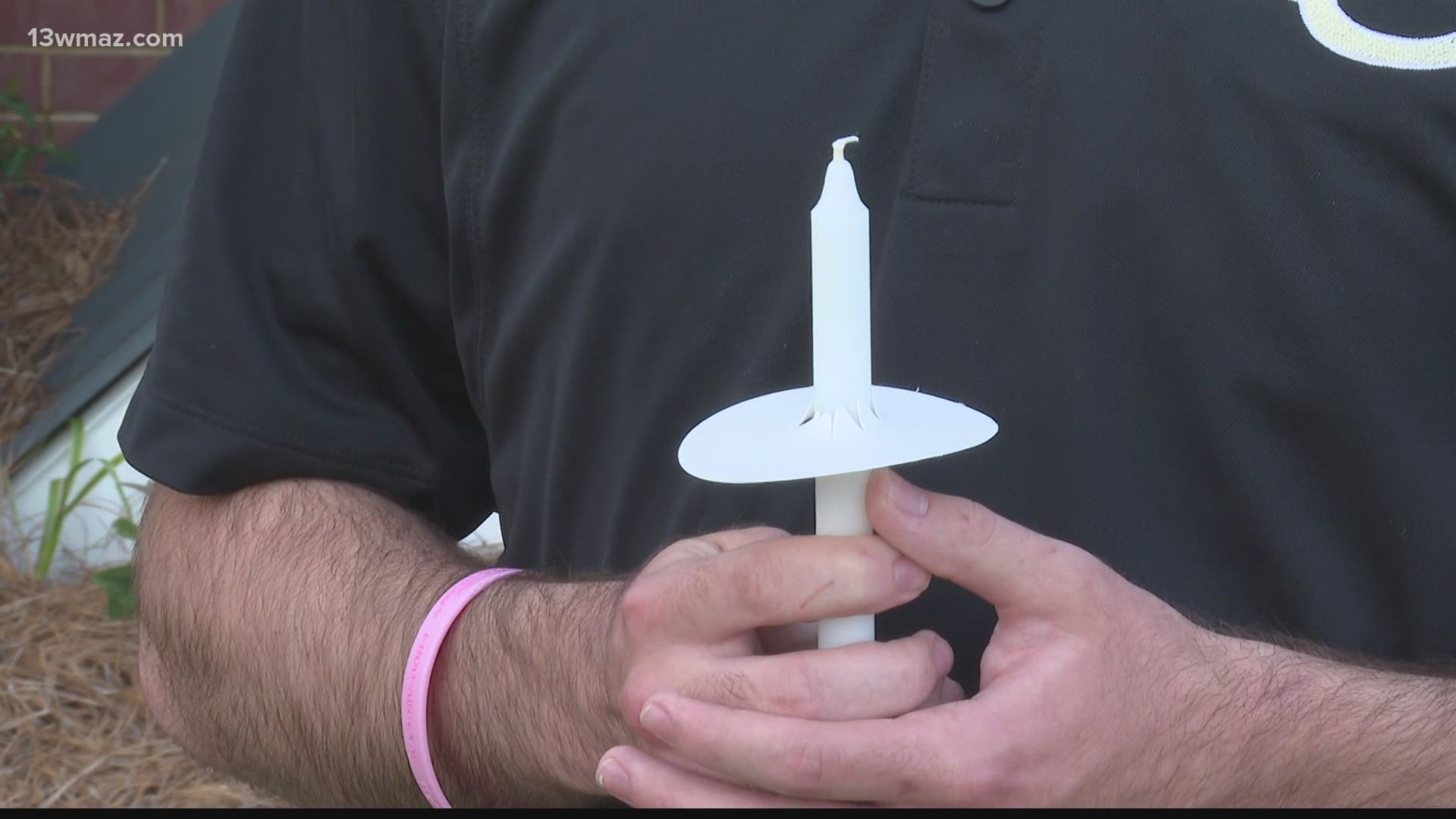 WASHINGTON COUNTY, Ga. — It has been nearly a week since 46-year-old Tina Prince was last seen, but as the search continues, family, friends, and the Sandersville community prayed Thursday evening that she would come home safely.

The vigil was held at the First Church of the Nazarene, where people concerned about the missing teacher gathered.

Friends and family prayed and talked about the kind of person Tina Prince is. After the prayers, pew by pew, people lit their neighbor's candles to represent the community's unity and hope that Prince will return.

"I just want to say, Tina, If you're watching this, I love you, I miss you. Please come back to us if you're out there," said Mason Evans, Prince's nephew.

Dozens of people filed into the First Church of the Nazarene, all praying for Tina Prince to come home.

Evans says his aunt is one-of-a-kind.

Family and friends are not the only people close to Prince worried about her safe return -- so are her students.

Jeremiah and Morgan Nicole Brooks say they want Prince back in their classroom soon.

"I know your family misses you, and I do, too. I wish you was here because I love you and I miss you a lot," said Morgan.

Haley Moon, Prince's coworker at Ridge Road Primary also spoke at the vigil. She described Prince as an encouraging person.

Moon says you would often walk into Prince's classroom and see her teaching on the floor with her students instead of the children sitting behind a desk while she worked at a whiteboard.

The Department of Natural resources searched a pond in connection with Prince's disappearance on Thursday, but found nothing.

46-year-old Tina Prince was eating with her daughter Friday night at Puebla's Mexican Restaurant in downtown Sandersville. The family says she started getting texts during dinner, went outside to take a call, came back inside and told her daughter she was leaving.

She hasn't been seen or heard from since.

Cochran says the agency is looking inside a pond off of Highway 24 West. He says this is an area of interest and they're looking into it in order to rule it out.

Deputies found her blue Kia Forte there Sunday morning. Through surveillance video, they can see her get in a man's car.

Georgia State Patrol had a helicopter in the air looking for Prince on Tuesday.

"Investigators are pursuing every avenue and following every lead to locate Ms. Prince," the post says.

The Georgia Bureau of Investigation is also helping with the investigation into Prince's disappearance and the FBI is providing technical support, Cochran says.