Gwinnett County Police Chief Butch Ayers saluted the family of Officer Toney and handed them an American Flag, an honor bestowed on families of fallen officers. 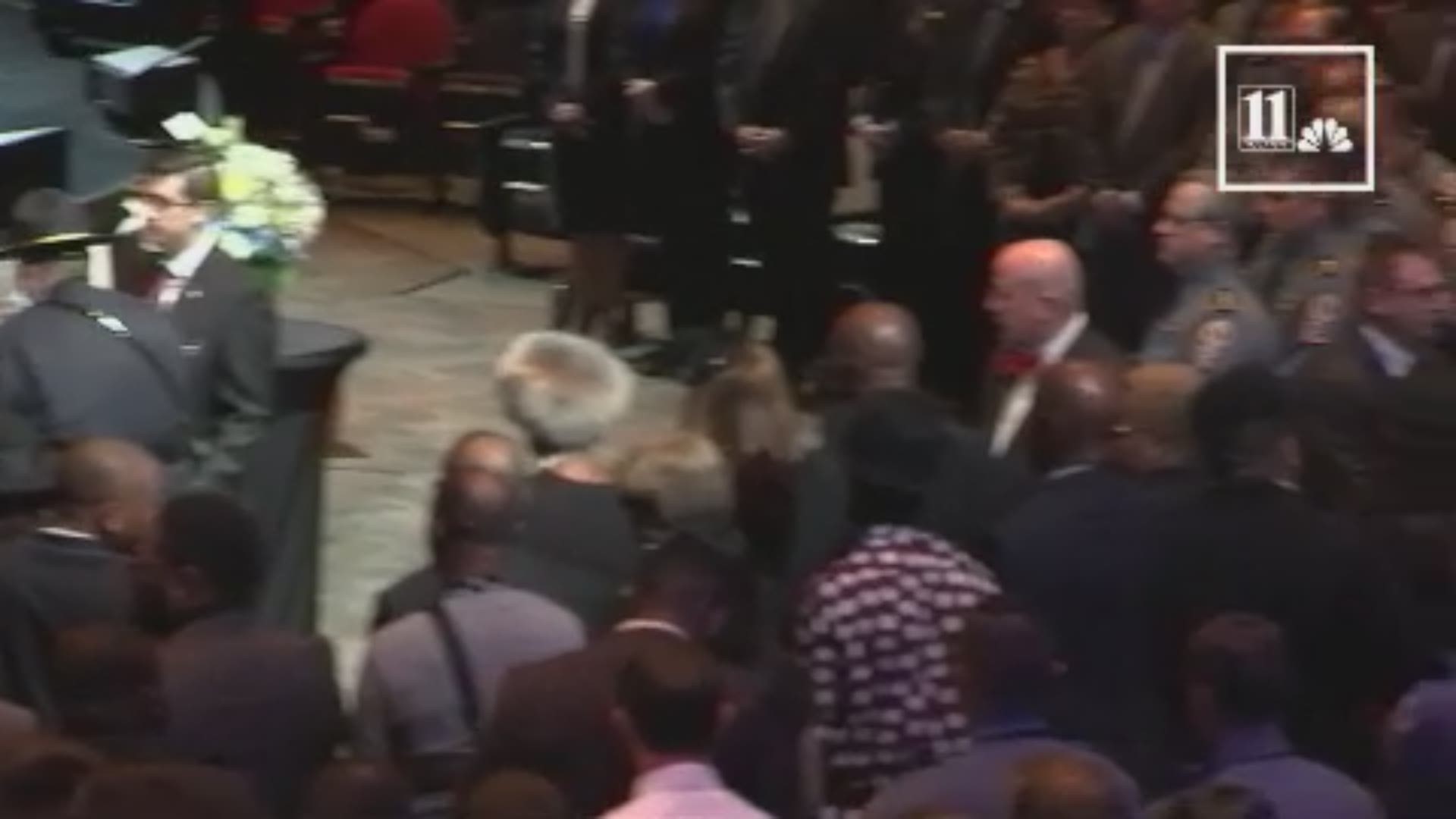 After a series of posthumous awards and prayer, Honor Guard officers presiding over the funeral of Officer Toney proudly folded the American Flag draped over his casket. 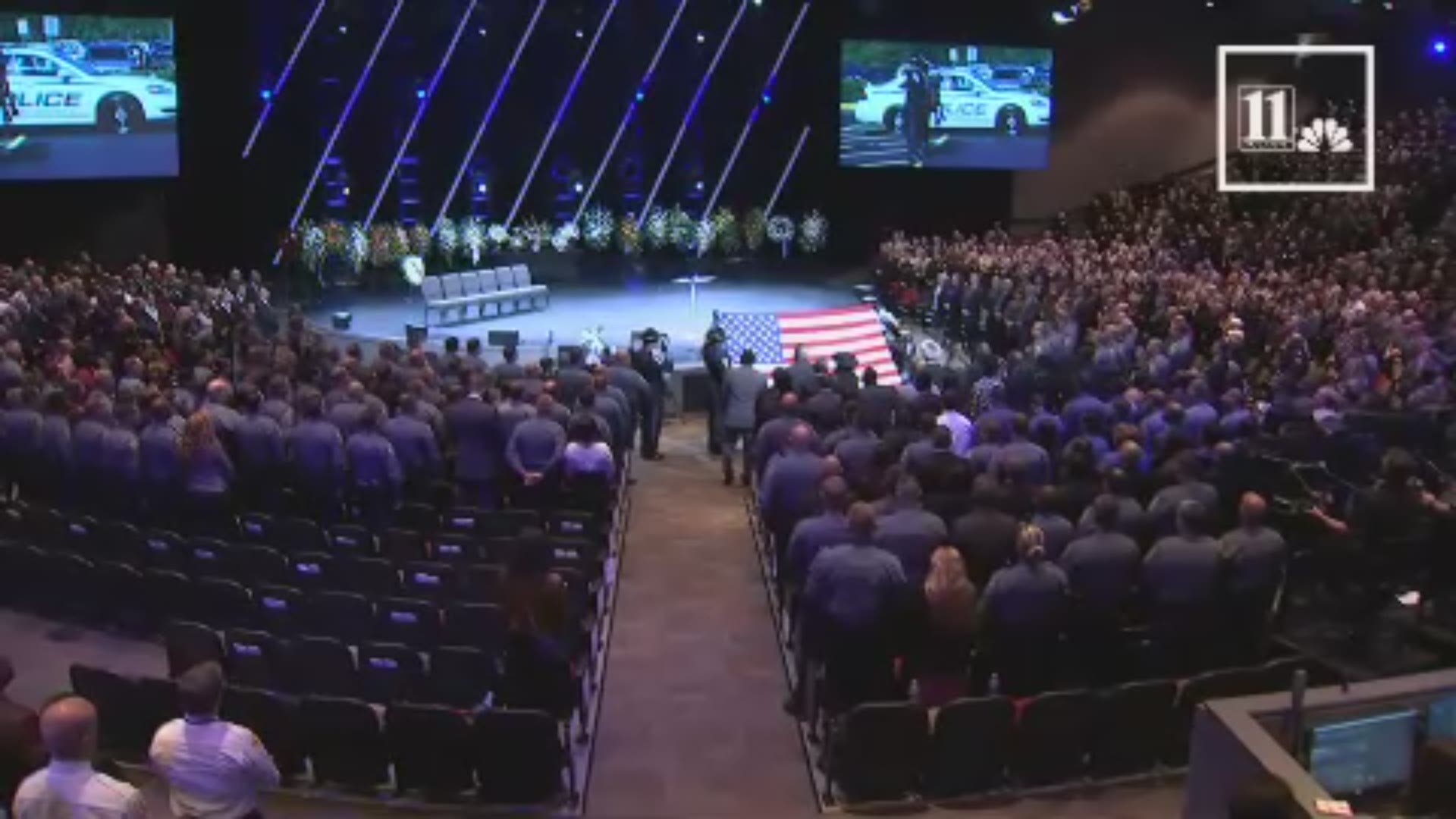 Following the presentation of the flag, Taps was played in his honor.

Officer Toney was killed responding to a suspicious vehicle parked near a middle school in Snellville on Oct. 20, 2018.