It will take about a week to turn 2nd and 3rd streets into a 1930s set for the superhero series. 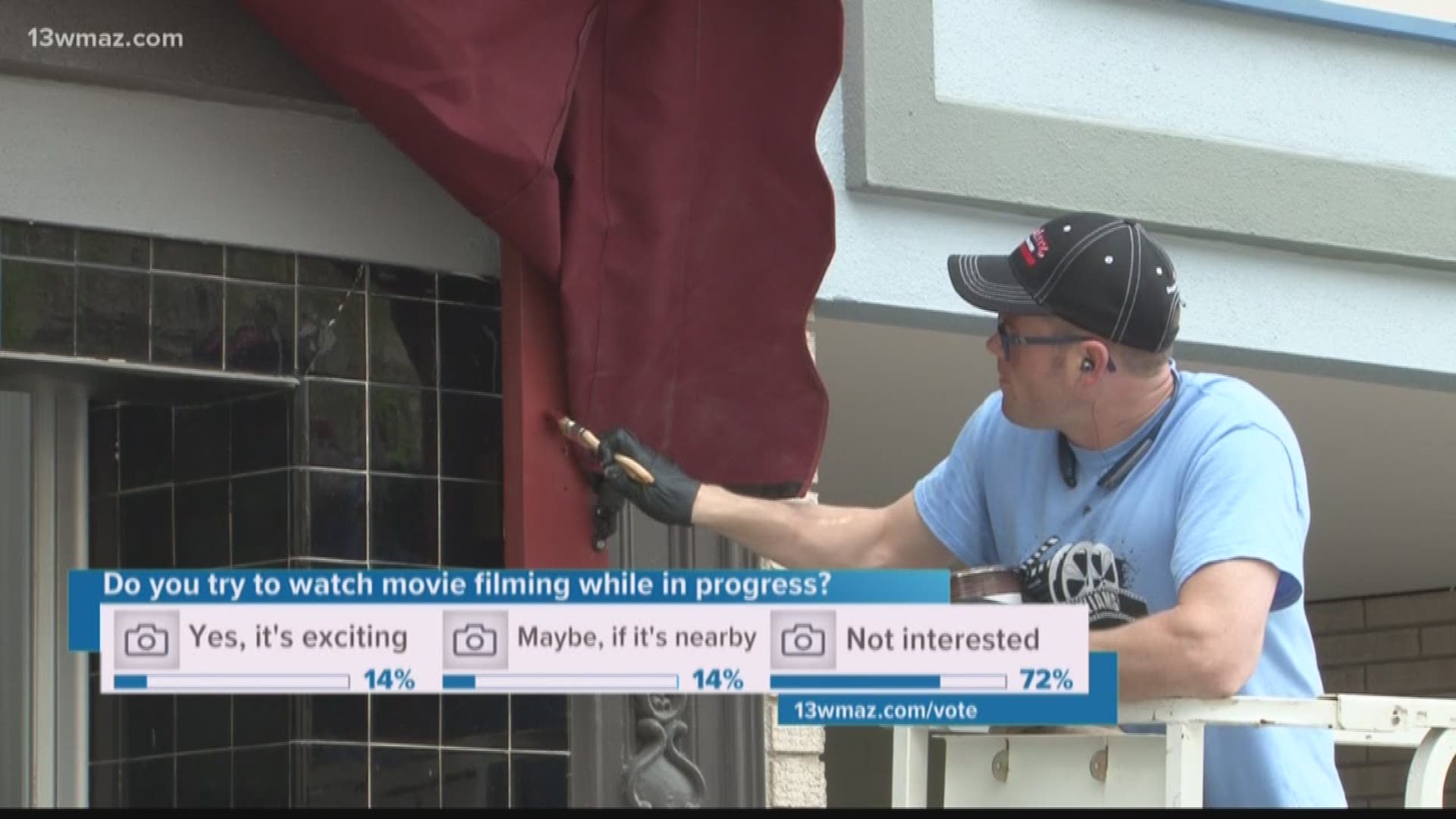 MACON, Ga. — Downtown Macon once again looks like the 1930s, and that must mean that Hollywood crews are back in town. We feel pretty confident in letting you know this production is the HBO superhero series, "Watchmen." They came last spring and set up the same buildings. They are using the same codename on this project, "Brooklyn," and they've got the same actors and actresses slated to start shooting later on this month.

3rd Street now has a vintage cigar shop and a candy store thanks to Tinseltown.

2nd Street has also gone through a transformation. While crews worked on the sets Friday, some business owners waited with anticipation for things to begin. Jim Adams says these kinds of things come with big budgets. "Amazing money they spend -- they really throw it around," he said.

Adams says they just wrote him a check to shut down his business, Metrospex, starting April 15th. "My door was locked because I wasn't ready to open, and they came in and said, 'We want to pay you to close.' Well, I was already closed, so I said, 'Okay,' and it was really good. They were really generous," he said.

A couple of doors down, Mimi Hollingsworth is used to the Hollywood routine. "I was excited about the movie '42,' and we got to mingle more with the people at '42' and, hopefully, this time, they'll let us mingle a little bit with these. With '42,' they kind of let us stay open and we had a certain time to go in and out, but with these we have to be closed down completely, and I don't really see a problem with that because they worked with us on that," she said.

Kiri Williamson at The Greek Bar and Grill says it's also a kick to see new clientele walk through the door.  After all, the crews gotta eat, but then there are the curious. "And it does draw people in because people want to come downtown and see them set up for the movies, they want to come downtown and watch all of this fun stuff happen, and then it trickles right into us -- we really appreciate all that business," she said with a smile.