"If it wasn't in the notes, I don't think DFCS would have admitted that they dropped the ball," said Reygan's grandmother. 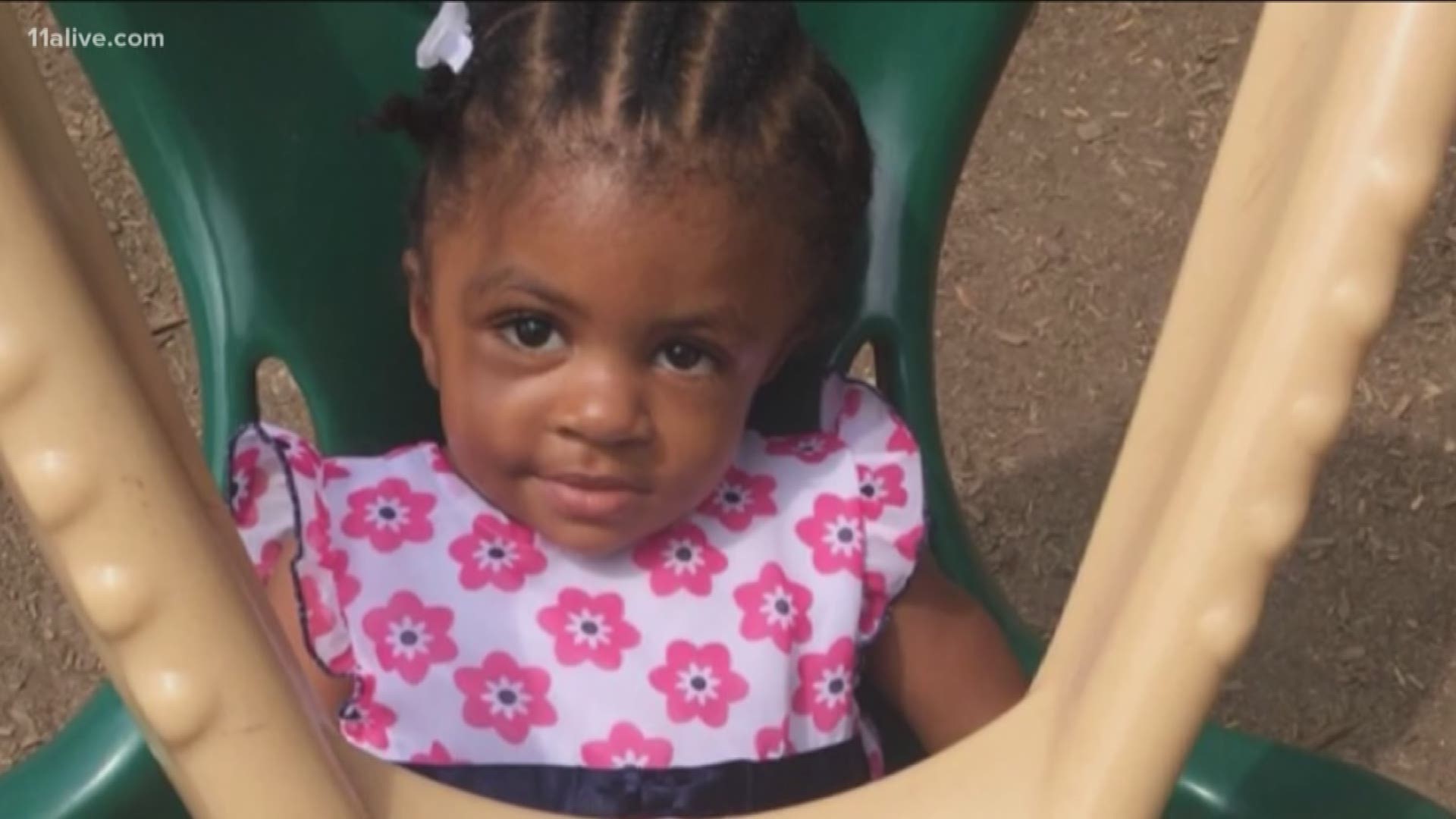 Officials say that's only half of what Reygan Moon should have weighed when she died.

Her mother, Devin Moon, is charged in her death. Reygan's family members are speaking out, saying they warned Georgia’s child welfare agency.

The Divison of Family and Children Services admitted in its own files that Reygan's case was not fully assessed, and follow-up visits were not done.

Reygan's grandmother and other family members say DFCS should be held responsible.

"We all really want DFCS to pay for this," Deborah Walton Moon, Reygan's grandmother, said.

The 188-page report details several complaints the family made against Reygan’s mom, Devin. On at least five different occasions in 11 months, nothing was done.

“If it wasn’t in the notes, I don’t think DFCS would have admitted that they dropped the ball," said Reygan's grandmother.

She attempted several times to have the toddler removed from Devin's care.

In 2016, a complaint of neglect was made, but child welfare workers found “no present danger indicated." A few months later another complaint was filed. The case was closed after no impending, present danger was found, even though maltreatment had been identified.

“We, who don’t have any medical training, could look at the child and tell she was underweight," Reygan's aunt said, Demetria Lampkin.

Another one of Reygan's aunts, Ulanda Walton, said she was admitted to the hospital for malnutrition for four days.

"That should have been a red flag for the caseworker to continue to follow up," she said.

The report noted that there were “red flags for us to further explore with this situation,” and “concerns in regards to how this assessment was handled."

He assured 11Alive that DFCS will re-assess their staff and systems in place moving forward, to make sure another child doesn’t fall through the cracks.

“[I’m] saddened by the horrific actions by this mother,” Bostick said. “We will not allow Reygan’s death to be in vain, that we will learn from that and learn from those areas where we can do better.”

However, for this family who buried a child just one month shy of her 3rd birthday, it's not enough.

”You’ve got a family that’s hurting. We watch pictures, well, videos at night before we go to sleep," Marcus Lampkin said. "Just want to hold her one more time. Watch her grow up. So, those notes for me, those are just words.”

11Alvie asked DFCS three times if they took responsibility for Reygan’s death. They didn’t say yes or no -- simply that they reviewed the case from the top down. All of Reygan’s caseworkers resigned prior to her death.

The family didn’t want to talk about Devin. However they say they’re considering legal action against DFCS.