"Today we dry our tears and say goodbye to Officer Antwan Toney as he takes his final flight back to California," the tweet reads. 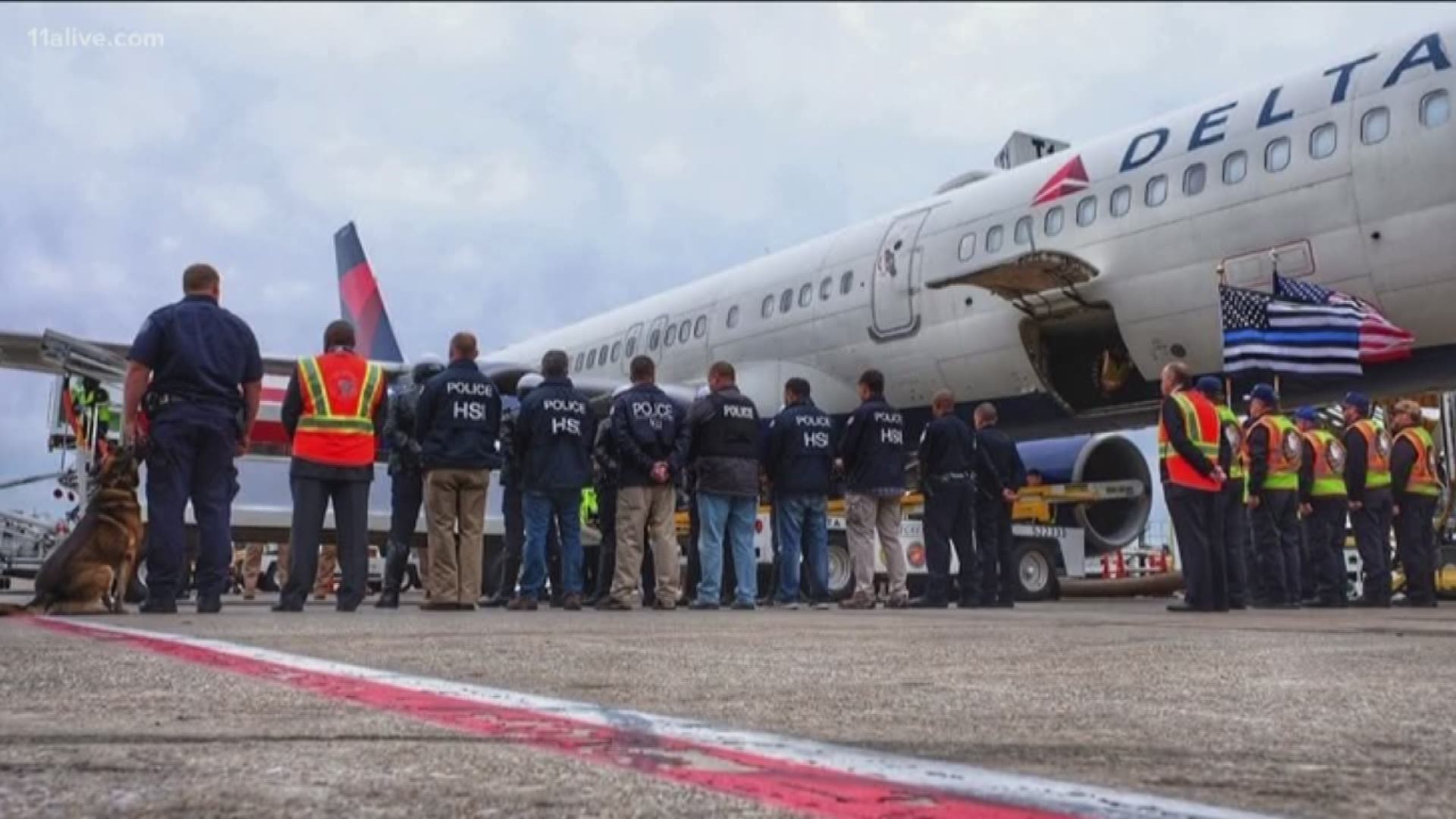 The department tweeted two photos from the moment when law enforcement officers lined up on the tarmac as Toney's body was put on a flight to California, his home state.

"Today, we dry our tears and say goodbye to Officer Antwan Toney as he takes his final flight back to California," the tweet from Gwinnett Police said.

"Today we dry our tears and say goodbye to Officer Antwan Toney as he takes his final flight back to California," the tweet reads.

Today, we dry our tears and say goodbye to Officer Antwan Toney as he takes his final flight back to California. pic.twitter.com/U9JPrlm8Q4

Another funeral service will be held in Los Angeles on Saturday, November 3.

The 30-year-old was shot in the line of duty on Oct. 20, 2018. He was responding to a suspicious vehicle parked at Crumps Landing and White Road near Shiloh Middle School in Snellville. An anonymous caller told 911 dispatchers they believed the people in the car were smoking pot. As Toney and the other officer approached, they were shot at from inside the suspect vehicle.

The suspect 18-year-old Tafahree Maynard was found a couple of days later hiding in a shed a few miles away from where the shooting happened. Police said they gave him verbal commands to surrender but he refused to comply. An officer deployed a Taser. Police said Maynard had a lawn mower blade in his hand. Police shot the suspect and he was killed.

The other suspect, 19-year-old Isaiah Pretlow was arrested the night of the shooting and charged with aggravated assault against a law enforcement officer.

A funeral was held in metro Atlanta Wednesday to honor's Toney's legacy.

“He wanted to make the world better and be part of the solution,” Carla Johnson said, Toney's sister. “As an officer, he worked to bridge gaps in the communities. He was doing his life’s work and his sole purpose was to shine positivity with everyone he interacted with. I’m beyond proud of you, baby bro.”

Other officers gave loving tributes to Toney as well.

“I’ve come to the realization that no words or stories could truly display his character,” said Gwinnett Police Officer Ryan Walsh. “This county will never realize the large loss we are suffering.”

Gwinnett Officer Smith said he was one badge lower than Toney’s 1808 was part of the South Precinct B-Cycle squad with Toney.

“We had a bond like no other since our first day in the academy, and since then, our bond has gotten even stronger,” Smith said.