'We will never forget her': Community honors teen who family says died after sports drills

CLAYTON COUNTY, Ga. — In a sea of purple, dozens gathered to honor the life of a young basketball player who died last week in Clayton County.

Imani Bell's family said the 16-year-old passed away after doing conditioning drills outside in the heat at Elite Scholars Academy, on one of the hottest days of the year.

Imani, whose name means faith, impacted those around her. Her parents, some of her childhood friends, and community members reflected on the loss at a vigil Wednesday at Dixon Grove Baptist Church in Clayton County.

"My daughter was loving, she was kind, she included everybody," Dorian Bell said.

RELATED: 'She was the classic good kid': Family describes 11th grader who they say died after conditioning drills

Her friends all said the same.

"We loved her, I loved her because that was my best friend," said Gabryelle Matthews.

Matthews said she played with Imani in the 4th grade as a part of the Georgia Pearls.

"We will never forget her as an organization," she said.

"She was my sister on and off the court," the friend said. 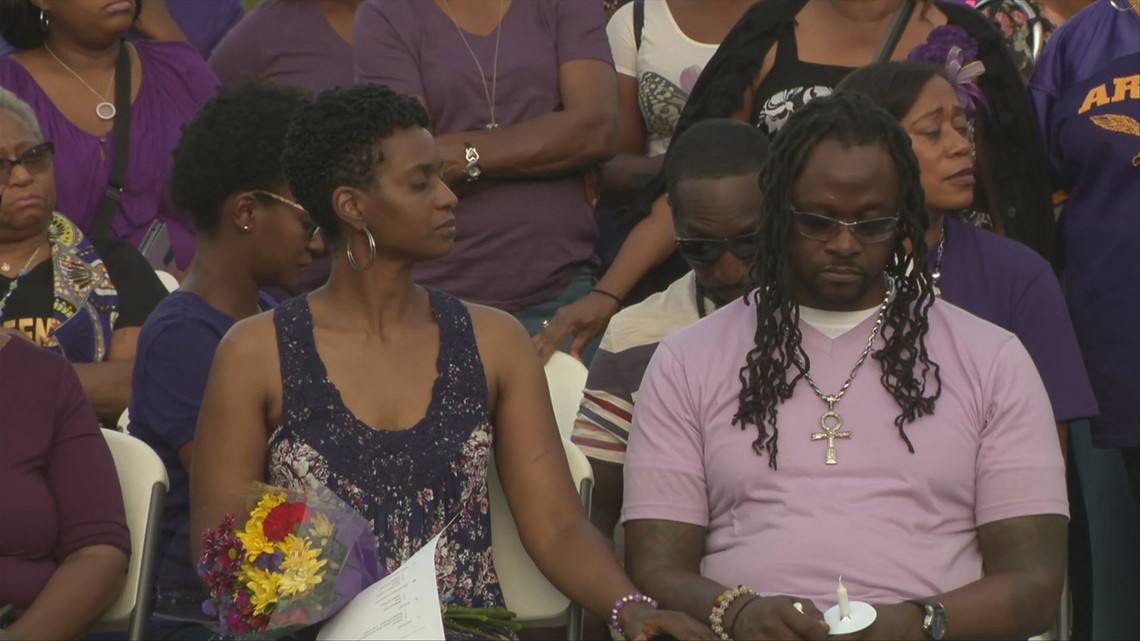 Since the tragedy, her father said they've received an outpouring of support.

"We're so happy to have all these people around us, uplifting us," her mother explained, saying the tragedy has made them stronger.

"She will live on through all of us," she added.

Eric Bell said he hopes Imani's story resonates with other athletes and that they listen to their bodies.

"If you feel yourself with any kind of discomfort or any type of pain you can stop, please stop," Eric Bell said.

"You don't have to push yourself these days," he said. "All coaches, administrators, everybody in the profession, please adhere to all of the policies and the procedures so nothing like this can happen again."

Her funeral will be held this weekend.