The fire happened a day after Rayshard Brooks was killed in a police shooting in the parking lot. 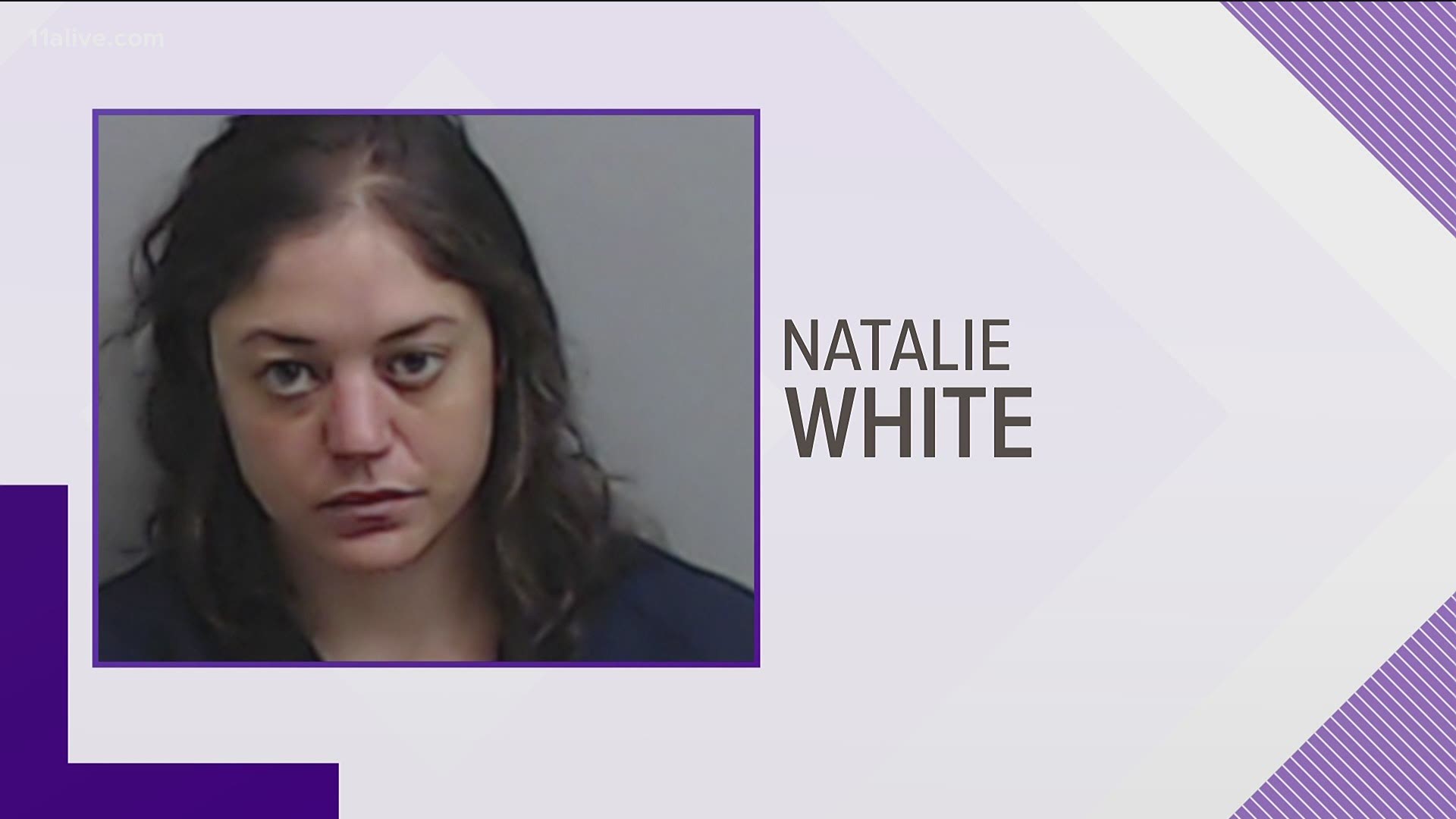 ATLANTA — A woman accused in the Wendy's arson investigation on University Avenue in Atlanta has been arrested.

According to the Fulton County Sheriff's Office, Natalie White was taken in to custody Tuesday afternoon.

"White is being booked into the Fulton County Jail right now," a tweet from the sheriff's office said.

Warrants were issued for the 29-year-old about a week after a fired destroyed the restaurant. The fire happened a day after Rayshard Brooks was killed in a police shooting in the parking lot.

Protests were happening in the area nearby when the fire broke out. In a news conference last week, Atlanta Fire said it was hard for its crews to respond because they were met by demonstrators.

According to a tweet from the Gwinnett County Sheriff's Office, White was found by its fugitive unit, which then notified authorities in Fulton County.

Booking information from Fulton County Jail records show White, listed as a resident of Peachtree Corners, has been charged with one count of first degree arson. She is set to have a first appearance at noon, Wednesday.

White's was named as a suspect in the case just days after the Wendy's restaurant was burned to the ground, after her image was circulated online and later by authorities. The name Natalie White was also mentioned by Brooks in body camera video from the night of the shooting, though attorneys for the Brooks family said they are "unaware of any connection" between the two.

In an interview with 11Alive's Natisha Lance, White's attorney, Drew Findling, declined to elaborate on how White may be connected to Brooks and the case, saying he would "not go into detail" except to say they were good friends.

When asked whether White was responsible for the massive fire set during ongoing protests, Findling said his client did not start the fire at the business, and that images that are reported to be her show the restaurant already fully engulfed.

"The notion that she started the fire is pure silliness," Findling said.

Findling said he would be pushing for White to be issued a signature bond, as he is 29 with no criminal record. He added that she is a life long resident of the metro area, and would be no flight risk.

The news of the arrest comes on the same day of Brooks' funeral. The celebration of life service was held at Ebenezer Baptist Church. Family and friends gathered for the private funeral where the Rev. Raphael Warnock delivered the eulogy.