“This is an ongoing investigation with numerous suspects, so additional photos may be released," he said. 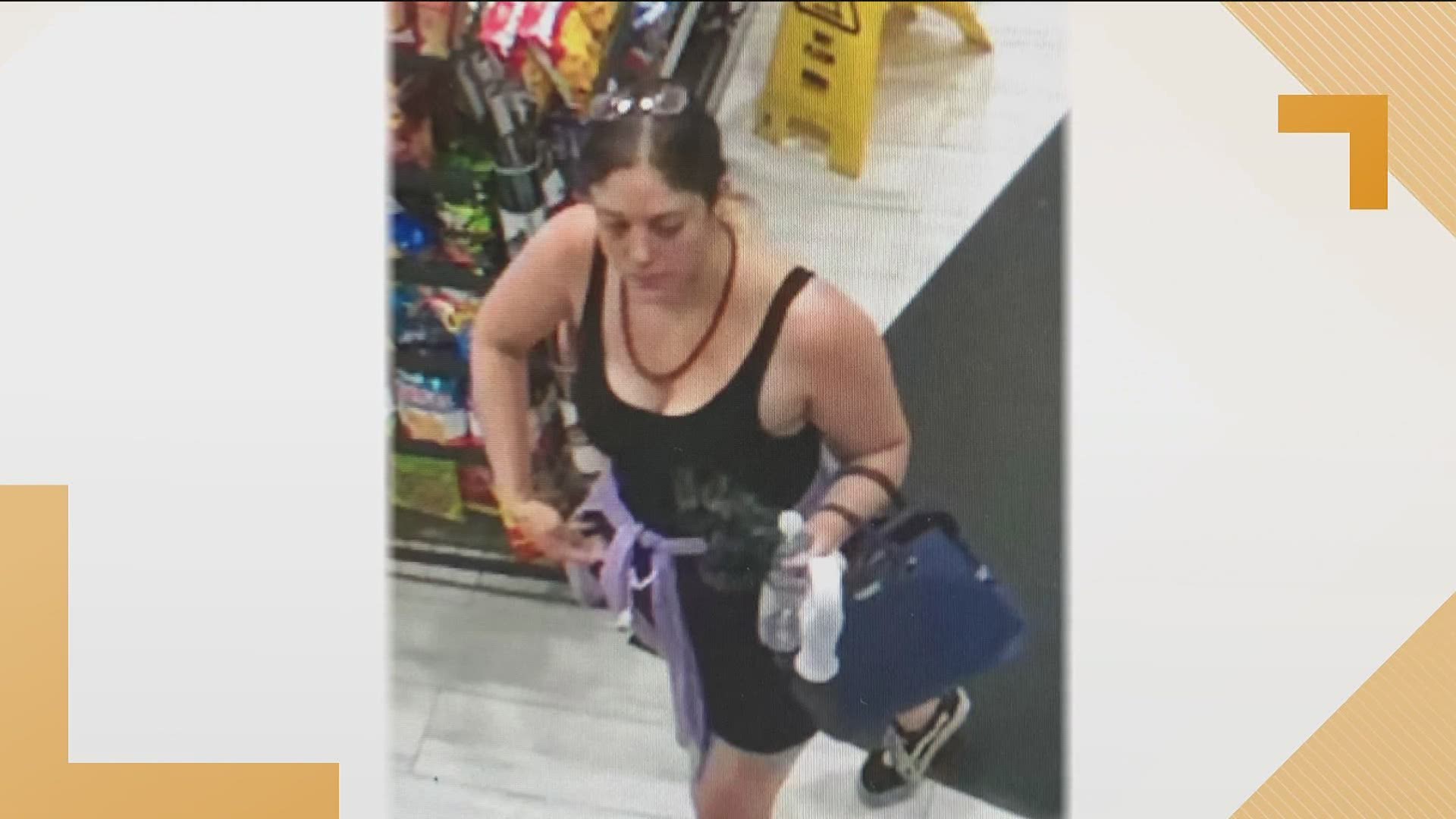 ATLANTA — The Wendy's fast food restaurant where Rayshard Brooks was fatally shot by police was engulfed in flames Saturday night after a day of protests in the area.

Atlanta Fire Rescue provided an update on the arson investigation Tuesday afternoon and released new photos in the investigation.

They are hoping the public can help them identify the persons of interest in this case.

“As you are aware, APD previously released photos of two female suspects. The photos we are sharing today are better quality photos of one of those suspects, but to be clear, we are still looking for both of them," Atlanta Chief Fire Investigator James Oliver said.

“This is an ongoing investigation with numerous suspects, so additional photos may be released," he said.

Late Friday night, Brooks was shot and killed after police said he pointed a police Taser at one of the officers as he was running away from them.

Throughout the evening, there were reports of fireworks being thrown in the direction of the Wendy's. Just after 9 p.m., several flames were seen in the greenery around the restaurant. At around 10 p.m., fire was seen in the drive-thru window of the Wendy's, followed by more flames in the dining area. Minutes later, the entire building was engulfed.

On Sunday, Atlanta Police released the photos below of a woman suspected in connection with the fire. The photos released Tuesday were of a different woman.

A Twitter video shows a woman pictured apparently using some form of accelerant adjacent to the front of the building just before the building goes up in flames.

Fire Chief Randall Slaughter said his crew had a hard time responding to the fire on that night. Crews were on the scene before the fire was even set, he said.

"Our fire crews, many of which are standing behind me now, were actually surrounded and denied access to the Wendy’s when it was set on fire," Slaughter said.

The crew lost 30 minutes of time, unable to move while demonstrators surrounded their fire engine.

"At one point,  a person even jumped onto the apparatus," he added. " It became a very dangerous environment for these firefighters, especially as bricks and other objects were hurled at the apparatus.”

He said the unit did have some minor damage.

Slaughter said this arson investigation as become a top priority.

A $10,000 reward is being offered by Crime Stoppers of Greater Atlanta for information leading to the arrest and indictment of those responsible for starting the fire that destroyed the restaurant.

“Today we are also announcing that the Georgia Arson Control Board will be offering up to an additional $10,000 reward for the arrest and conviction of the arson at Wendy’s," Oliver said.

MORE ON THE BROOKS CASE