'He inspires me to run faster': Blind runner and running guide team up

The Arkansas freshman and fourth-grader have been running cross country together as a team this season. 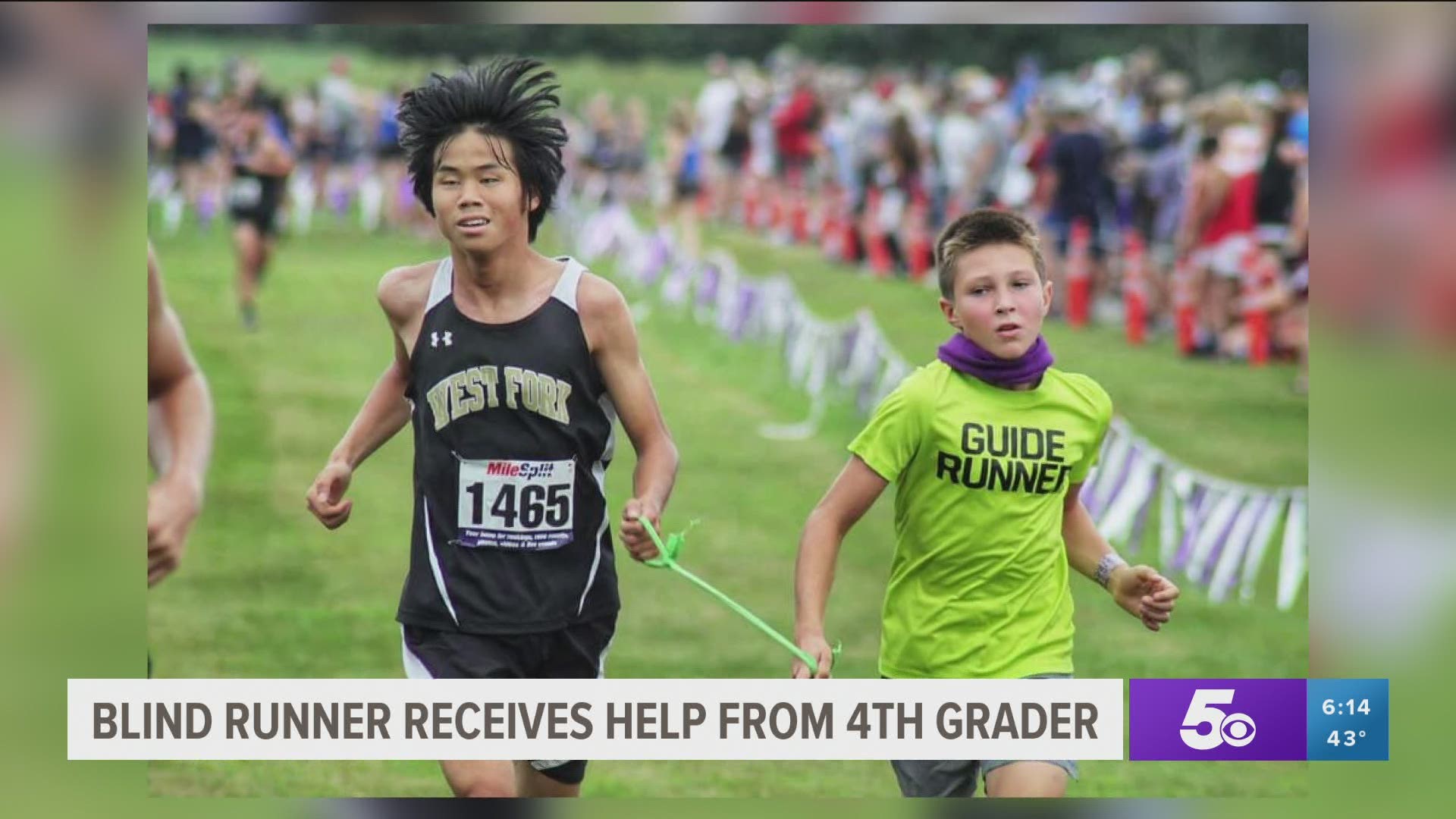 WEST FORK, Ark. — This season, West Fork freshman Paul Scott and fourth-grader Rebel Hays have been running cross country together as a team.

Scott happens to be blind, but that is not stopping him from running, Hays acting as a guide runner so Scott can navigate the courses.

"He inspires me to run faster," says Scott.

Hays attends Holcomb Elementary School in Fayetteville. His mom says he loves to run and help others. When West Fork was looking for volunteers, her son jumped on the opportunity.

Hays is competing with high schoolers, so he says he has to practice every day to keep up.

Using a rope, the duo navigates the cross-country courses. They started the season running two-mile races, but now they are running 5ks. The pair hopes to run a 5k in 20 minutes or less by the end of the season.

"I'll admit it's pretty hard, but it's all for Paul. I have to do it for Paul," says Hays.

RELATED: List of family-friendly activities to enjoy in NWA and River Valley this fall