"If someone lives in that particular area, there's so much more memories associated with that experience," said Collis Clovie, managing broker of Century 21 Real Estate. "To sell the home just because it went up in value is not always the best thing." 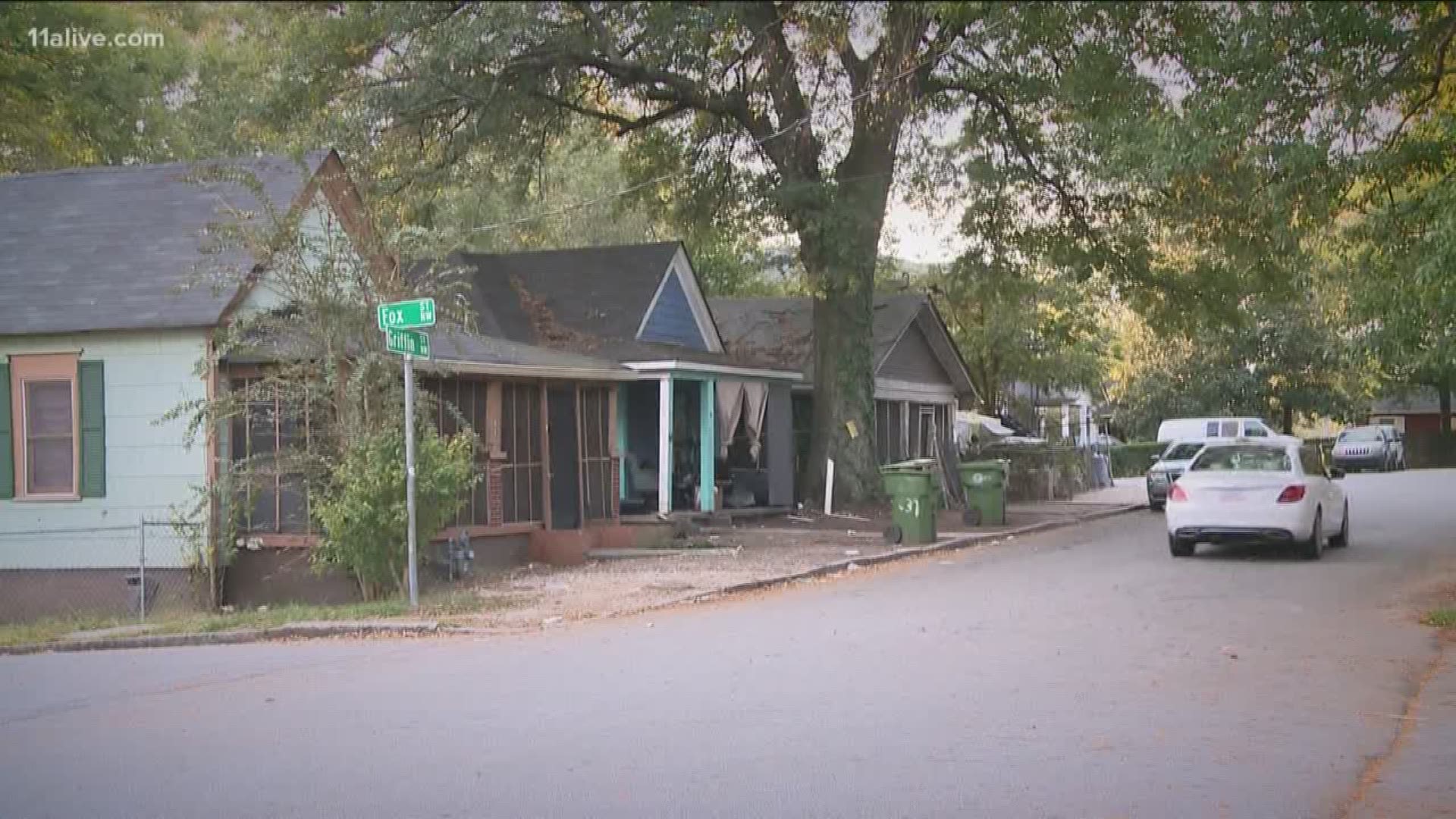 ATLANTA – Robocalls, letters and real estate signs are putting pressure on neighbors in Atlanta’s historic Westside neighborhood to put their homes up for sale.

11Alive’s Neima Abdulahi’s video about the hot housing market took off on Twitter, with hundreds of retweets and thousands of views.

As the historic neighborhoods continue to be a hotspot, some longtime residents say they’re under intense pressure to sell. @11AliveNews pic.twitter.com/u7LIHWBqGB

People shared their stories about the pressure they’re under to sell homes on the Westside.

I just got a robo message about an offer to buy my house. The vultures are definitely circling.

OK, I am puzzled. I get 5-10 robocalls on my landline, some on my cell, and at least 10 flyers in the mail every week asking if I want to sell my house. My answer? NO.

Isn’t everyone else who gets these “offers” giving the same answer?

This is true! We get letters where my name is spelled incorrectly, ppl stopping by our house and trick offers here in the West End. We know better! But unfortunately some do not.

READ | Atlanta's westside residents urged not to sell their home

Collis Clovie, managing broker of Century 21 Real Estate, told 11Alive many buyers are looking to buy up the properties to flip them.

“That whole area is hot. In real estate, we say it’s booming,” Clovie said. “The prices have gone up. There is a lot of interest. The values have really gone through the roof.”

Clovie said market demand for a piece of the Westside has skyrocketed thanks to the new, billion dollar Mercedes-Benz Stadium and property values going up. He said young adults want to move within city limits to be part of what’s happening – and then, there are people who want to buy cheap property to flip the house.

The phenomenon is nothing new, Clovie said – it’s happened to East Lake, Kirkwood and Grant Park areas as well. While many realtors, developers and opportunists are popping up, Clovie said they should be mindful of those who have no interest in leaving their homes.“If someone lives in that particular area and there are memories associated with that experience, to sell the home just because it went up in value is not always the best thing,” Clovie said.

The Westside Future Fund said their priority is to keep the people who want to stay in the Westside in their homes. The anti-displacement fund covers property tax increases for homeowners – but they make up a small percentage of homes in the Westside.

The question now is – what happens to renters who may not be able to afford a higher rent?

According to the Westside Future Fund, 90 percent of the 6,300 homes in the area are rentals. More than 70 percent of residents earn less than $15,000 per year.

The units will focus on those who are at-risk or currently underserved in the housing market -- particularly seniors on fixed incomes and low-wage workers.

The building costs are made possible through the mayor's $1 billion private-public partnership called the Affordable Housing Initiative, which addresses the negative impacts of gentrification.

Invest Atlanta released a Request for Proposals (RFP), seeking to develop 24 single-family properties in Atlanta's English Avenue and Vine City neighborhoods on land parcels that are currently vacant or abandoned.

In June 2018, the Invest Atlanta board approved the sale of two vacant multi-family properties to Hagar CTM, which plans to renovate them into 17 affordable rental units on the Westside. According to the mayor's office, those properties will be located at 712 Fox Street and 415 James P. Brawley Drive.