'Housing is just getting so unaffordable': Westside residents fear gentrification

Over the years, the neighborhoods of English Avenue, Vine City, Ashview Heights and the Atlanta University Center have expressed fear of gentrification and being pushed out of the city. 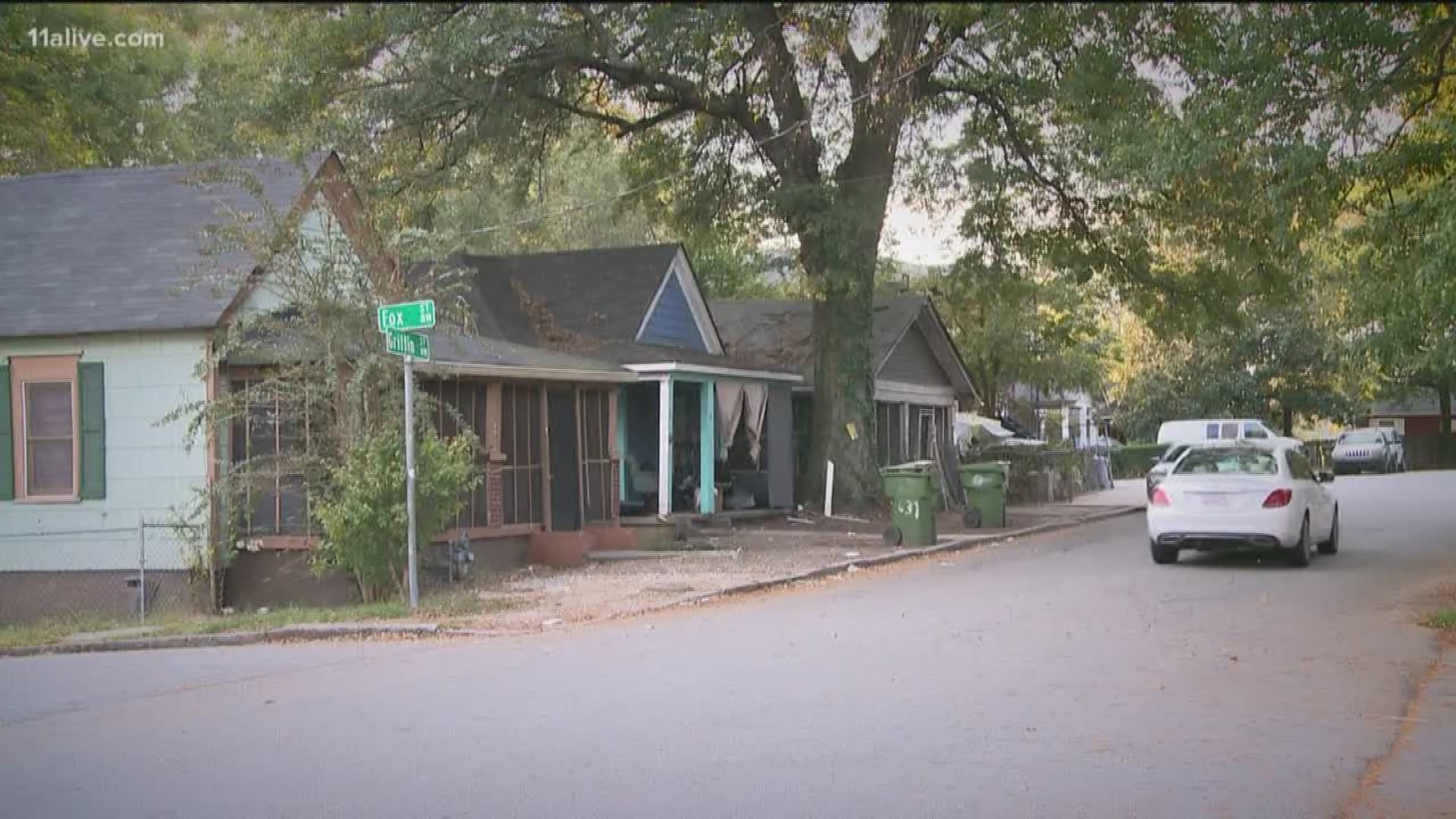 ATLANTA - Millions of dollars has been set aside to help revitalize the historic westside neighborhoods in Atlanta, a tough task the 60th mayor of Atlanta will inherit.

The promise of millions of dollars to transform Atlanta’s westside has been years in the making to undo generations of blight. Over the years, the neighborhoods of English Avenue, Vine City, Ashview Heights and the Atlanta University Center have expressed fear of gentrification and being pushed out of the city.

The four predominantly African American neighborhoods, where 53 percent of the homes are vacant and almost half the population lives below the poverty line, is uniquely troubled.

“I was around in the 80’s when the crack epidemic hit this neighborhood,” Tim Freeman said. “Hit it like a large asteroid.”

Freeman has watched decades of neglect from his front porch and now, hears the promises.

“I listen to the proposals. They sound wonderful if it’s going to go down just like it’s promised,” Freeman said.

These neighborhoods have heard promises for decades since the Georgia Dome was built. This time, the engine driving the effort is the non-profit Westside Future Fund.

Now, the fear is that the effort to transform the westside may be too successful, driving out low-income residents.

The executive director of the Westside Future Fund John Ahmann hears the skepticism and fear of gentrification.

“In many cases, it’s been gut-wrenching,” Ahmann said. “So, to hear the stories and to hear the suffering of neighbors, really, to hear the challenges they’re facing, it puts a sense of obligation and a real sense of urgency.”

Compared to the city of Atlanta and metro area residents, the unemployment rate for the westside is almost double and the median household income is half of what households in the other areas are, according to Westside Future Fund statistics.

“A lot of people in this community have been on what we call 'survival mode' and not living a quality of life that we need,” state Rep. Mable Thomas (D-56) said.

Thomas has lived in the area her entire life.

“What’s abnormal is beginning to look like it’s normal,” Thomas said. “It’s not normal to have this many homeless people walking around in your community.”

Homelessness is visible as many share similar stories to Sophia and Laura Lawson’s.

“I’m looking for a house, a home for me and my kids and I know God is going to bless us,” Sophia said. “Right now, I’m homeless.”

“We were here before the Mercedes-Benz Stadium came along,” Lawson said. “Don’t get me wrong; I believe in change. Change brings about change.”

Lawson believes the fear of gentrification really kicked in when the billion-dollar stadium went up.

“Housing is just getting so unaffordable,” Lawson said.

According to the Westside Fund, since 2013 it has tracked $200 million that has been spread across multiple projects including park and trail improvements, public transit, resource centers, and more. In addition to $200 million in improvements, the city said homeowners will be protected by the anti-displacement tax fund that will cover property tax increases for homeowners for the next 20 years.

“As more people move into the westside, Vine City and English Avenue, people who’ve been there the entire time don’t get pushed out,” Mayor Kasim Reed has said.

However, fewer than 500 homes on the westside are owner-occupied and thousands more are rentals. 11Alive asked if there is any protection for current renters and the Westside Future Fund said that part hasn’t been figured out yet.

“As people move back in and property value rises, they’ll either raise the rent or flip the property,” Ahmann said. “And most of the people earning $20K or less they can’t afford a big spike in rent so.”

Besides displacement concerns, there is also an initiative to increase police presence. The Atlanta Police Department said it has historically been a challenged area. It’s also an area with a sometimes-troubled relationship with law enforcement.

“It makes you realize that you can’t arrest your way out of these problems,” an APD spokesperson said. “Because these are not crime problems, they start farther back. People are just born into poverty.”

The city has backed a program to build houses for Atlanta police officers on the westside so they’re integrated into the neighborhoods.

While the city of Atlanta tries to steer the westside in the right direction, community members like Charles Brown are attending all the meetings. This way, the rich history of the community isn't compromised in the process.

“These people are some of the greatest people I ever met, believe it or not,” Brown said. “Spirit wise, they might not have much. Some of them might have a lot and they tend to hold their head up.”

So, the daunting task to transform these aging neighborhoods has started.

“I have a deep love and passion for the way the people here survive and still love each other,” Freeman said, with a promise to keep the people of the westside, in the westside.