A 19-year-old died and a 13-year-old is in critical condition. 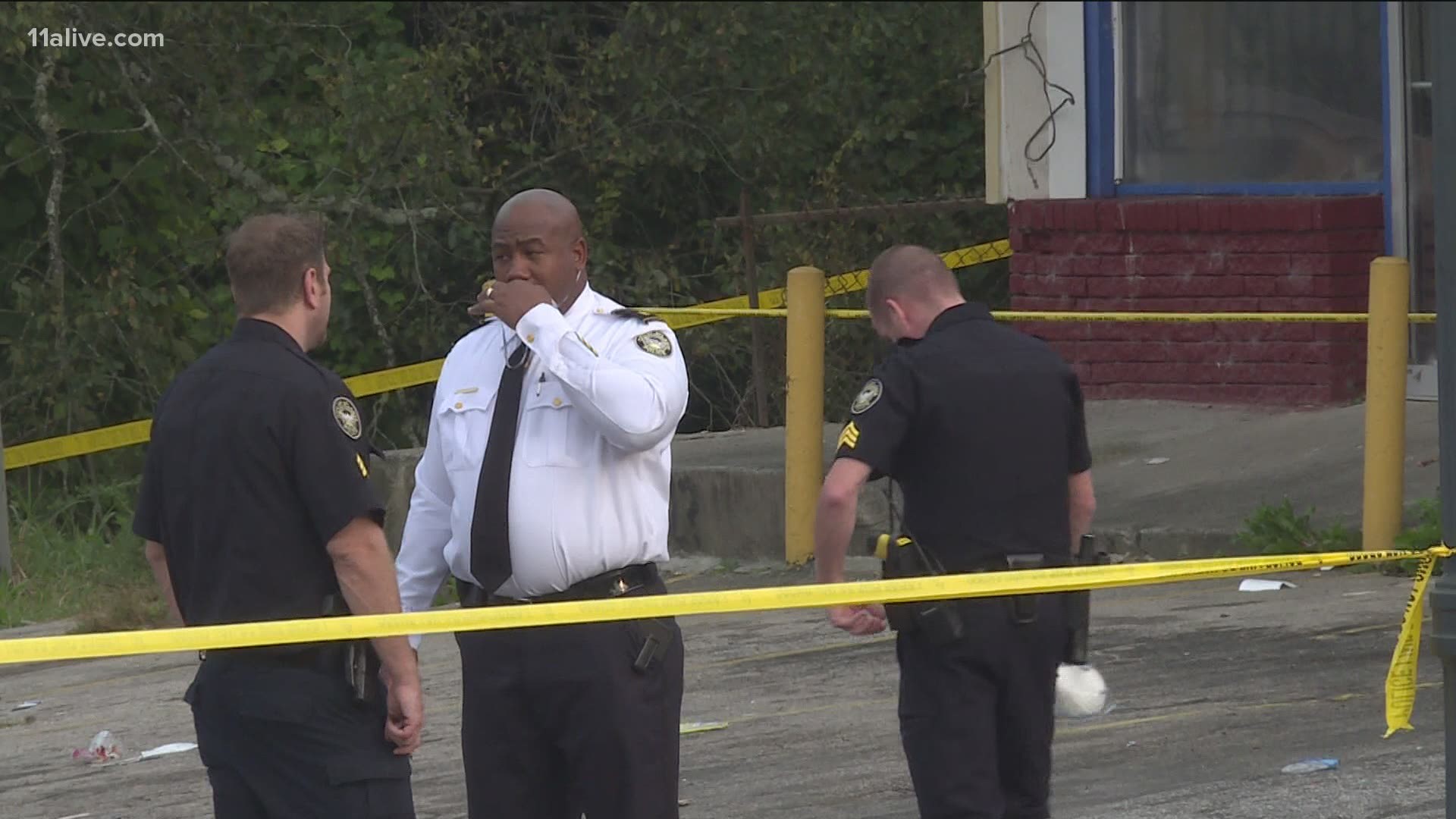 Police said that, around 4 p.m., officers were called to 1576 Joseph E. Boone Boulevard where they found four people with gunshot wounds. They were all taken to area hospitals for treatment.

Further investigation uncovered additional victims at 345 Lanier Avenue and 276 Morris Brown Avenue. Those victims were also taken to the hospital for treatment.

Police said a car they believed to be involved, a red Dodge, was recovered at Morris Brown Avenue. Multiple weapons were also recovered at different scenes.

Based on a preliminary investigation, police believe the shooting began as a dispute among a crowd of people at Star Discount Food. During the tense situation, a suspect in the crowd began firing a gun which resulted in the injuries. Police said there are currently crime scenes inside and outside the store.

Police have since detained a female of unknown age following the shooting. Investigators on-scene told 11Alive's Chenue Her they are interviewing two witnesses and combing through surveillance video as well.

"I do believe that it is quite possible that some of the individuals may be suspects in the case but again, it’s very early for us to determine that," said Lt. Pete Malecki, a homicide commander with APD.

Investigators are still working to determine the overall circumstances of the shooting and said that many details are still based on preliminary reports. As such, they could change as more details arise.