The program will offer the house to a buyer who makes 80 percent or less of Atlanta’s median family income, or just under $64,000 a year, for a family of four. 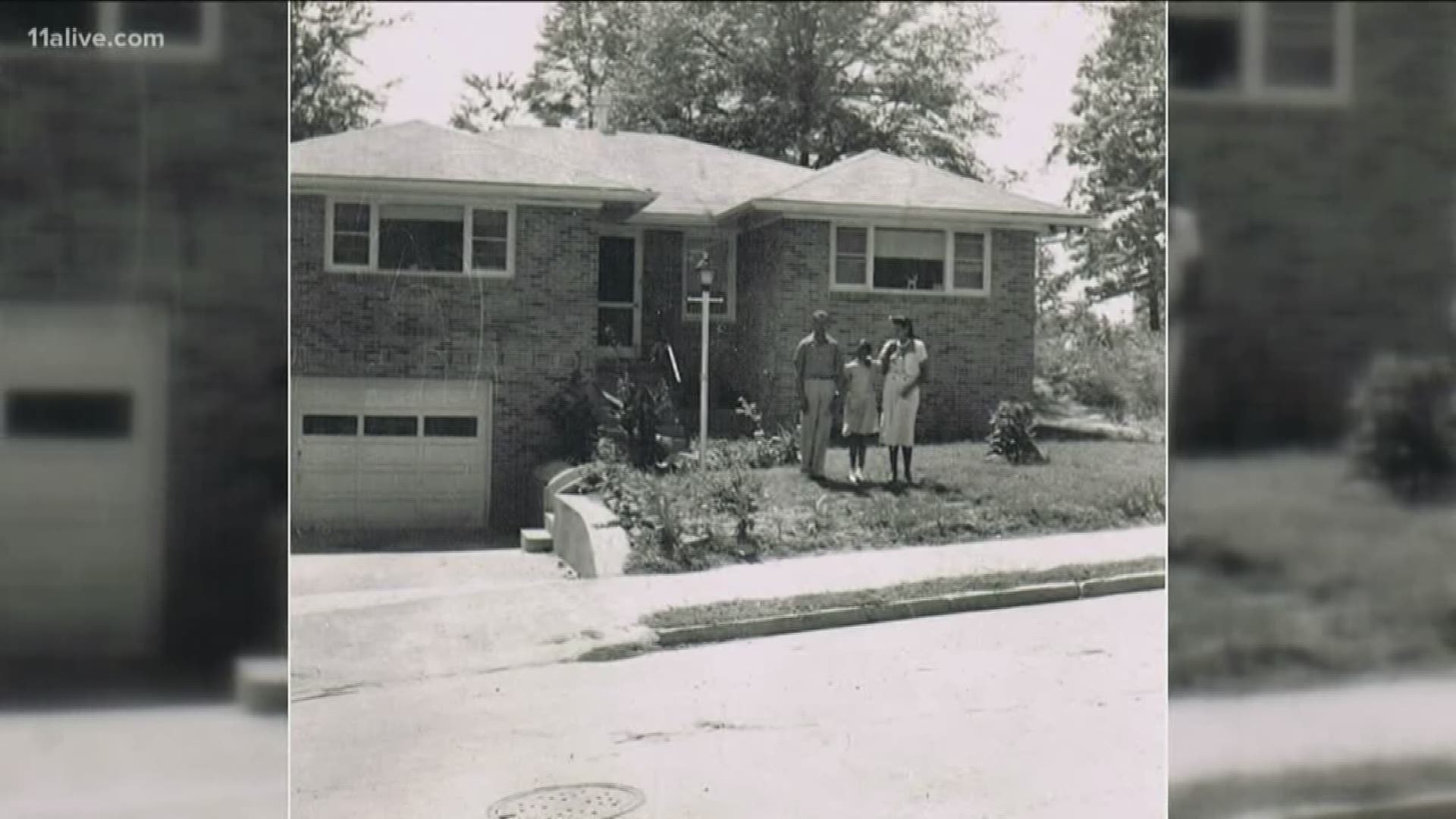 ATLANTA — One family has taken on Atlanta’s affordable housing crisis and westside gentrification with the most precious asset they had.

In 1953, Edward Johnson built a home for his family on Atlanta's westside. He and his wife Harriet reared their three children there. Johnson, a Tuskegee Airman in World War II, became Atlanta’s first African American master electrician.

After living in the home for 50 years, Johnson and his family are now leaving a legacy for the neighborhood they called home. They sold their home on Harwell Street, which sits right next to the BeltLine’s Westside Trail, to the Georgia Trust for Historic Preservation instead of to profiteers.

“It’s a like-new house even though it was built in 1953," said Mark C. McDonald of The Georgia Trust.

McDonald helped lead a team that renovated the house over the past seven months.

The home will be now offered for sale. An open house is scheduled for this Saturday. However, the home is not just going to the highest bidder.

The Johnson family wanted their home to be an affordable home.

The Georgia Trust’s program will offer the house only to a buyer who makes 80 percent or less of Atlanta’s median family income, or just under $64,000 a year, for a family of four.

“The Johnson family literally made this project possible, because they were willing to sell this house to us for a reasonable price," McDonald explained.

RELATED: 'Thank you for your service': Tuskegee Airman dies at 103

“There is a great need for affordable housing in this city, and the problem is growing worse," McDonald said. "People who work in Atlanta in jobs that aren’t high-paying jobs also deserve to be able to live in Atlanta.”

Johnson was 103 years old when he died this past June. He lived to see his dream home in the caring hands of The Georgia Trust become a gift - a gift from a working man and his family who were determined to do what they could to fight gentrification in the neighborhood they called home and in the city they love.

Learn more about the property and the open house on the Georgia Trust for Historic Preservation's website.

Remains of WWII infantryman from Georgia accounted for and coming home