There have been 60 homicides so far this year in the Queen City, compared to 58 total in all of 2018. 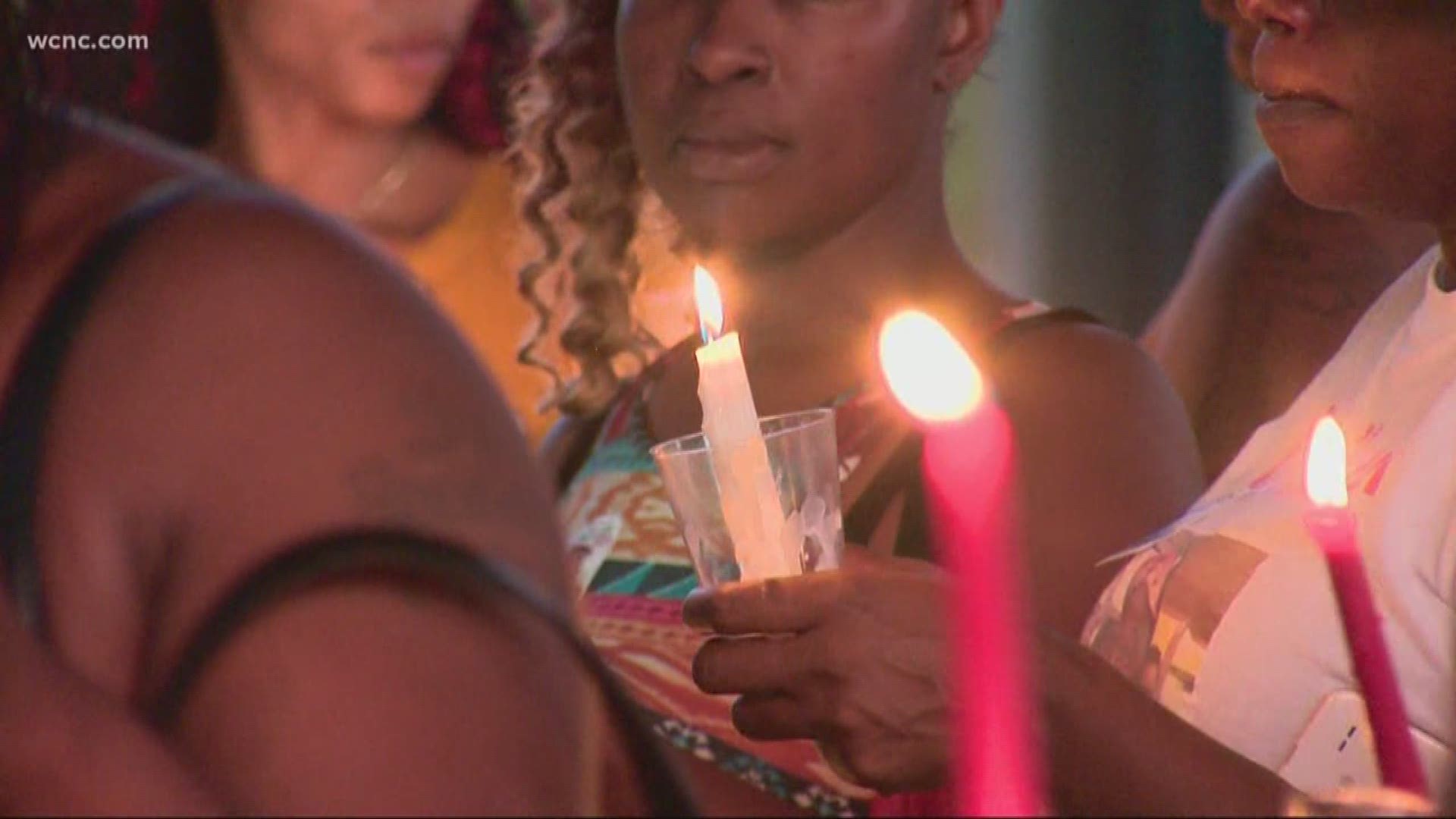 There have been 60 homicides so far this year in the Queen City, compared to 58 total in all of 2018.

Putney said this year violent crime is up 15% and overall crime up 4%.

Last month, members of CMPD and city leaders held a community meeting to discuss the uptick in violence and how to stop the deadly trend.

At the meeting, Putney referred to how repeat violent offenders play a role in the increase in violent crime.

“Until we get serious about repeat violent offenders, we’re going to deal with violence as a city," Putney said.

Putney also called to gun owners to practice responsible gun ownership, leaving guns in a secure state so they can't be stolen as easily.

Spencer Merriweather, Mecklenburg County District Attorney, and Chief Kerr Putney laid out their plans. The district attorney said the community has got to start learning how to resolve conflicts with civility.

“Until we get serious on those repeat violent offenders, we’re going to deal with violence as a city," Putney said.

Roughly 90% of those that complete training through the Youth Diversion Program don't recidivate, or repeat crime, according to Chief Putney.

He said while it is a big deal that Charlotte's year-to-date homicide count is more than last year's number as a whole, Putney stressed that focusing too much on the number can minimize the impact the crime has on families.

"Everybody focuses on the number, and indeed it is a big number for Charlotte at the midpoint. However, what we're minimizing when we talk about that, in my opinion, is the impact on families, social capital. We have at least 60 families that are devastated because of this violence that is truly senseless and preventable."

He said the department is focused on community awareness and education, police visibility through increased foot patrols, prevention programs, reducing the availability of guns, supporting victim families, and keeping violent repeat offenders off the streets.

Putney called the recent violent crime stats a “community health issue.” He is urging the community and families to work on better conflict resolution of minor issues. He said more than anybody else, teens and young adults in their 20s are the ones committing violent crimes and dying because of them.

He said arrests are up by 10%, and they're trying to go after "the right people the right way."

Merriweather addressed concerns on the criminal justice side, focusing on the need for more judges and prosecutors to aid with the number of cases the growing population of Charlotte is seeing.

Merriweather said 65 percent of the homicides in Charlotte this year have been committed by people under the age of 25.

Putney and Merriweather both stressed a need to work with families, helping establish the ability to resolve minor conflicts.

“What we are seeing happen in those parking lots and in those streets when people are having these arguments over five dollars and lives being lost,” Merriweather started, “That comes from how you are home trained. That comes from how we raise our children.”

Every year about 10 to 15 % of the homicides in Charlotte are domestic related, according to Putney.

Putney said in order to get at the root of the issue, the community must help families. He said it's a long-term investment.

“If we’re not investing and staying involved in young people, we’re going to continue to talk about numbers that represent the devastation to families," Putney said. "I hope and I pray we’re better than that.”

'We're supposed to love each other, not hurt each other' | Vigil held to honor homicide victim, end violence