A group in Massachusetts has a solution that may help in Georgia. 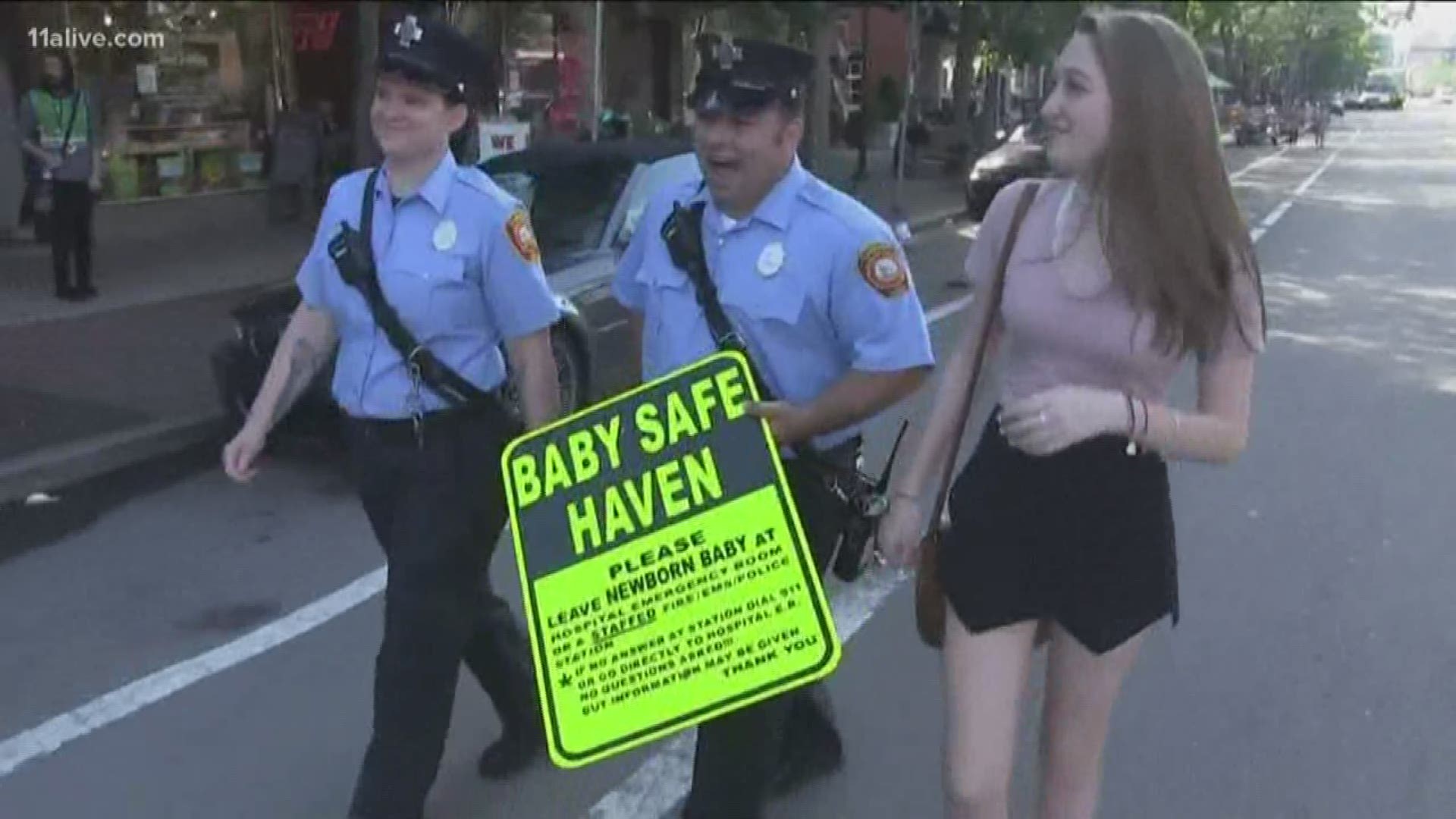 ATLANTA — Body camera video shows in real-time a deputy finding a crying baby inside a plastic bag. The child, officials are calling baby India, was abandoned in the woods.

11Alive is Where Atlanta Speaks and many on the 11Alive Facebook page have been asking, how this could happen when Georgia has a Safe Haven law, which allows parents to give up their newborn children at hospitals, police stations and fire departments.

Mike Morrisey was one of the founders of the Safe Haven program 20 years ago.

"You have to get the messages into their minds, from 14 to 18 years old," Morrisey said.

He contacted 11Alive after he saw footage on Tuesday of a Forsyth County deputy pulling Baby India out of a plastic bag after she was abandoned. Police are still searching for her mother.

"The problem is she likely had no knowledge, whatsoever, about your Safe Haven law," he said.

In the past eight years, Massachusetts has only had one abandoned baby. Georgia has had two abandoned babies so far this year, alone.

Morrisey said they've stopped the tragedies there by using teens as their spokespeople, and showing up to teen events. They hosted a stage at a concert last weekend.

"It's a very stark difference, in that Massachusetts is 100 percent youth-led, youth target-demo targeting," Morrisey said. "And in Georgia, you have no young people doing any promotion of your Safe Haven law."

In Georgia, there is a similar non-profit program called The Hope Box, which was founded in 2014, to help rescue infants and eliminate infant abandonment in the state. They work to ensure that mothers know that they are able to relinquish their babies, with no questions asked.

The people who run The Hope Box said they do talk to teens, and they plan to roll out a high school program next month, but they also said this is not a problem unique to young people.

While they have counseled teens, they have also counseled a married couple in their 30s. They say the most important thing is that people need to know is that the Safe Haven law exists.