'Why isn't anybody talking about it?' Milledgeville ovarian cancer survivor brings awareness to town

Survivor Nikki Hasty says not enough people know about this type of cancer, and she wants Milledgeville to start the conversation. 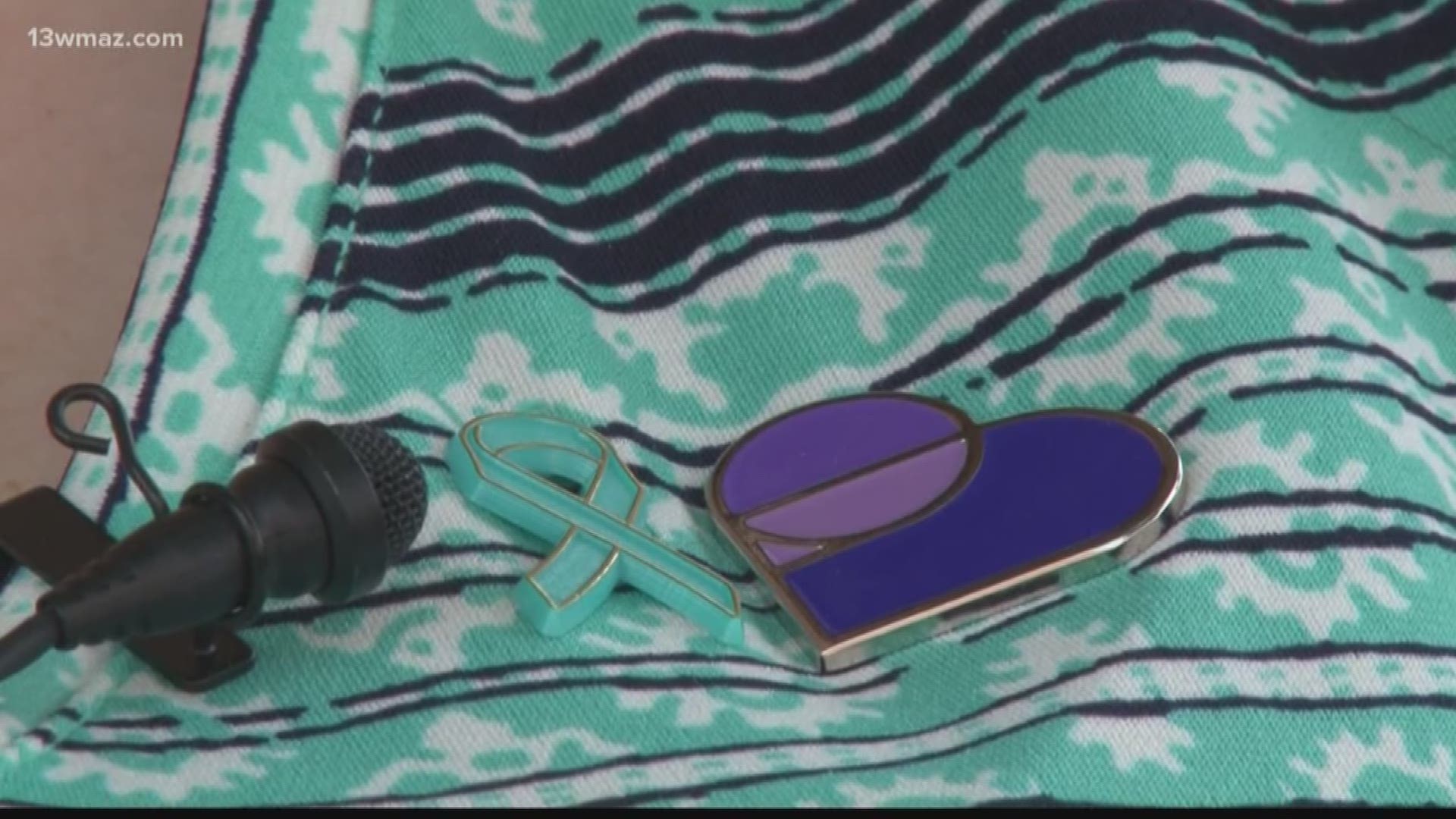 One Milledgeville ovarian cancer survivor wants to educate people about the disease by turning her town teal.

The color teal represents ovarian cancer and shows support to the women battling the disease.

Survivor Nikki Hasty says not enough people know about this type of cancer, and she wants Milledgeville to start the conversation.

"Had we not been trying to have children, I would have just passed off my symptoms as just everyday life," says Hasty.

In 2016, Hasty and her husband were trying to have kids. They went to the doctor for fertility tests.

After three surgeries to remove the tumors, doctors performed a full hysterectomy.

"I felt like a failure as a woman. I struggled with feeling like a woman because I don't have anything internally that sets me apart from a man," says Hasty.

Hasty says she turned to support groups for help. That's when she realized how many women are affected by the disease.

She decided that people needed to know more about the disease, and she asked Mayor Mary Parham-Copelan to support the cause and turn the town teal.

"'Why isn't anybody talking about it? Why isn't it talked about?' And then it just hit me -- I'm a young survivor. Who else is going to talk about it?" says Hasty.

Now, during the month of September, volunteers can tie ribbons throughout the town and local businesses and neighborhoods, as well as pass out symptom cards.

"It should be number one talked about. I think the reason that it's not is because breasts are visibly seen, ovaries are not," says Hasty.

Turning the Towns Teal is a national campaign that is working to spread awareness all across the country.

RELATED: Unnecessary hysterectomies and how the medical industry is trying to prevent them