Families lost their homes, prized possessions and possibly pets to the burning wildfire. 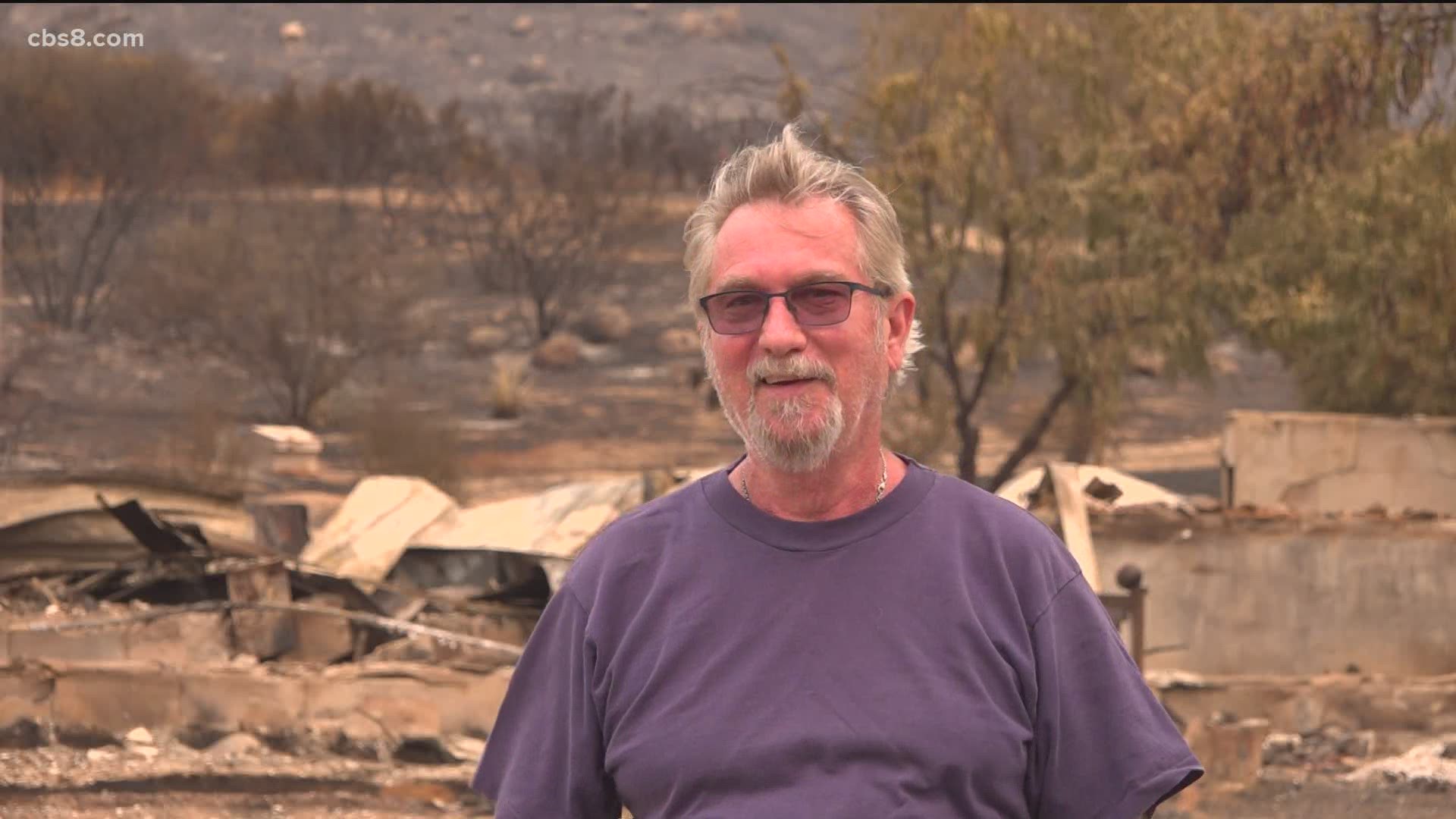 JAMUL, Calif. — The Valley Fire has displaced many San Diego County families. As of Tuesday, the flames had spread over an estimated 17,345 acres and destroyed at least 11 residences and 25 outbuildings.

Shelley Brown said a 60-foot wall of flames from the Valley Fire raced toward her home on Lawson Hills Road in Jamul Saturday night.

She let her horses go and got out just in time. The flames raced through her property, destroying her home and everything around it. Realizing there was nothing she could do to help herself, Shelley started helping her neighbors - many she had never even met before.

Brown is thankful that some of her neighbors' homes were spared, but others weren't as lucky. Irv Beeman and his wife Anita poured their blood, sweat and tears into their home and surrounding property, but it took just seconds for the fire to destroy everything they had worked so hard to build.

“There's nothing you can do but just run. It's a blow torch coming at you,” Irv said. “It came so fast. It was just here before you knew it and then what do you do? I'm not a young man anymore. I'm 68 this year. Actually, I'm 68 tomorrow. Happy Birthday, Irv!”

Other neighbors, Dewey and Anabel Bratcher, saw their house burning down on Twitter. The family wasn't home when the fire started and they weren't allowed back into the area. Their five cats were trapped inside.

"For us right now, that's the main reason we want to go up there is to maybe see if one of them made it and is hanging around,” Anabel said with tears in her eyes.

The Bratchers also lost several items that can never be replaced, including the ashes of loved ones and mementos from Dewey’s distinguished military career.

All of the families are thankful that no one has been killed by the fast-moving flames and Shelley is relieved that all of her horses survived.

GoFundMe accounts have been set up help Brown,the Beemans, and the Bratchers.