Racing out of their Lawson Valley home, Kimberlee Jones grabbed her two small children and her dog, but said she had to leave her six horses behind. 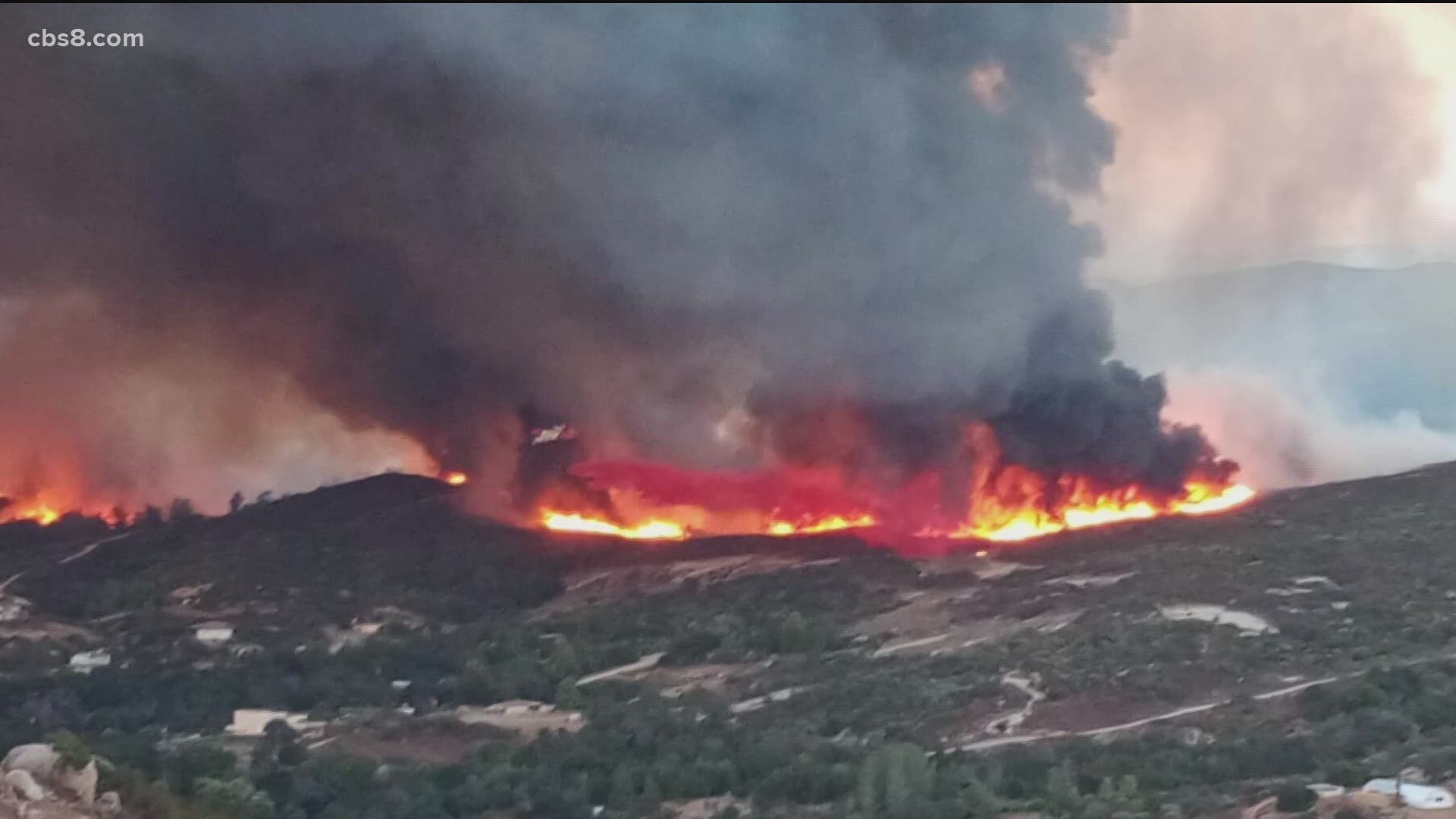 “All I could think about was my kids," said Jones. "I didn’t think about my house or about grabbing anything. I just thought about my kids."

Jones’ kids ran out barefoot from their Lawson Valley home on Bunny Drive, where they grabbed their frightened dog, but had to leave their horses behind.

"I just looked at them, and I closed the gate and just gave them to God, and I said 'take care of them please',” she said.

Jones has pictures of fast-moving flames engulfing her house.

“It was so fast. It was probably within an hour. I would say that my house was already up in flames by the time I bolted out of the door,” Jones said.

Now homeless, staying in a hotel in Temecula with her children, 5-year-old Colin and 3-year-old Elizabeth, Jones is still relieved to report that her six horses are alive.

"They didn't even have any burn marks," said Jones. "I gave them to God, and he took care of them. All of them survived."

Jones makes rosaries for a living and sells them on Etsy. She started a GoFundMe to help her, which has raised over $9,500 as of Thursday.

“So I can get back on my feet," said Jones. "The only way I was making money was rosaries, but now I don't have any money to buy supplies."

Jones’ home is now reduced to rubble with items blackened and burned. She lost everything in the Valley Fire, including precious family heirlooms, Civil War China, saddles and furniture.

"Everything I had in the world and a lot of that stuff cannot be replaced," said Jones.