Erick Wright was in the parking lot and started recording on his phone after he heard what sounded like a gunshot ring out in the busy parking lot. 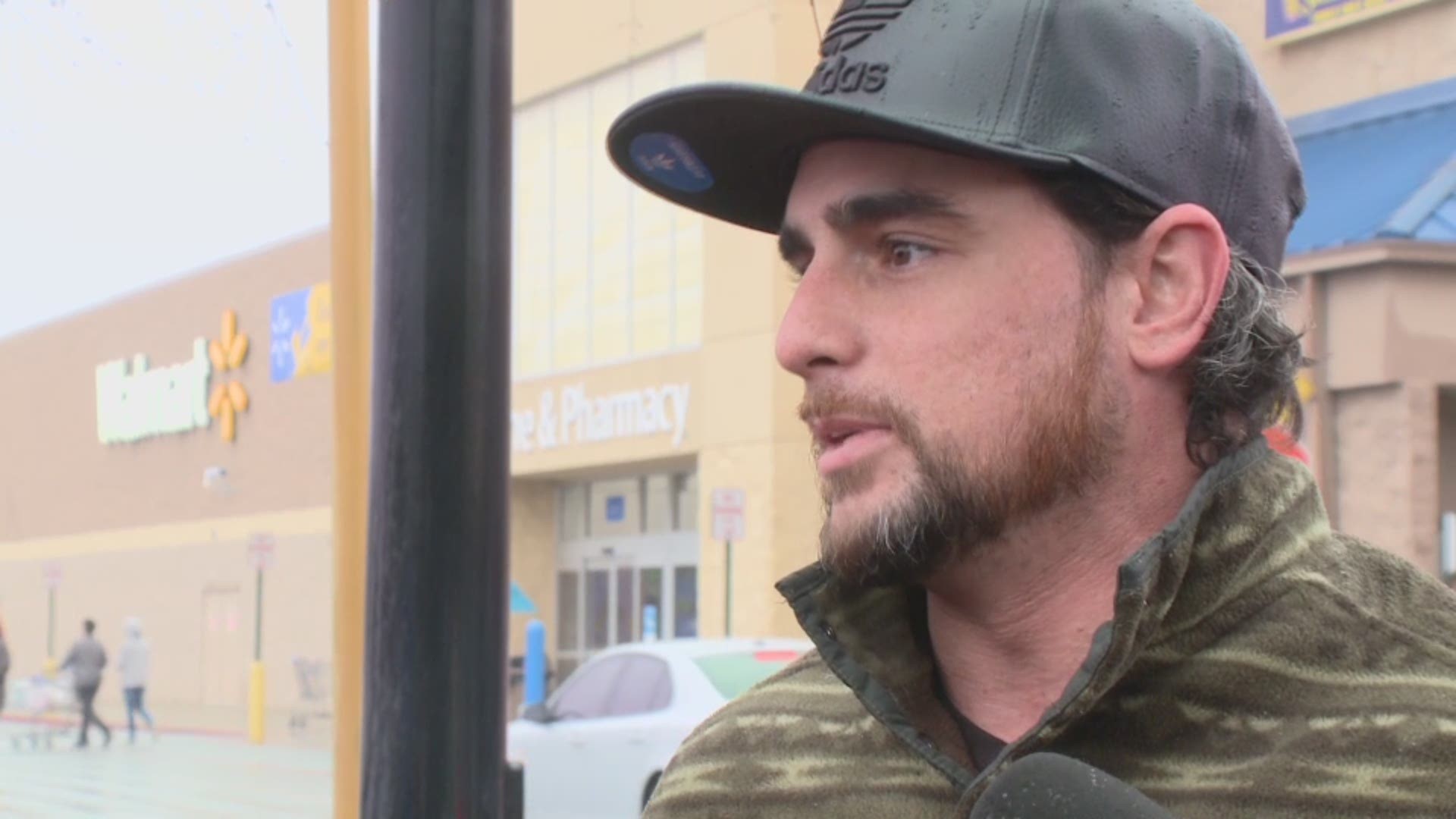 LITHIA SPRINGS, Ga. — A witness who was recording on his phone moments after a man was shot in the parking lot of a Walmart Sunday describes the tense and confusing moments that unfolded there.

The shooting happened about 12:50 p.m. on Sunday afternoon at the store on Thornton Road and Interstate 20, police said.

According to witnesses, the shooting appeared to happen after an argument between the victim, who was alone in his car, and another man who claimed to be a police officer.

Erick Wright was in the parking lot and started recording on his phone after he heard what sounded like a gunshot ring out in the busy parking lot.

"I just heard a shot fired. It sounded pretty loud. It almost could have been misconstrued with someone running over a bottle, like a bottle of water, you know," Wright explained. "So, I went ahead and started filming him."

Wright said he had his car in gear in case he needed to make a quick escape.

"I wasn't sure what they guy's intentions were, but I was ready to take off if he started to shoot my way, or what not," Wright said.

Moments before, Wright said it sounded like the two men had been arguing, he believes, over the victim driving too close, and apparently almost hitting, the officer's car.

When the victim was actually shot is unclear, but Wright said he saw the officer approach the car with his gun drawn, yelling for the man inside the car to put his hands up. The victim, Wright said, never got out of his car.

"When he came up on him, he (the officer) realized he wasn't moving at all, so he went ahead and opened up the car door, that's when he checked him and that's when he started yelling for help," Wright explained.

He also heard the officer call for his wife to get his badge.

While he was recording, Wright said, the officer began asking for help, telling him to call EMTs.

"I ran over there to help him, I said what do you want me to do, and he was just like, you know, call the police," Wright recounted.

Wright said when he got to the car, it appeared that it was a single shot had been fired through the back window of the victim's car.

As for why the officer fired the gun, Wright said he reported seeing the victim reach for something, and that's why he shot.

11Alive reached out to Douglasville Police Department to verify any parts of this story, but they have refused to comment, so far.