One resident just moved into the apartments on Sept. 1. 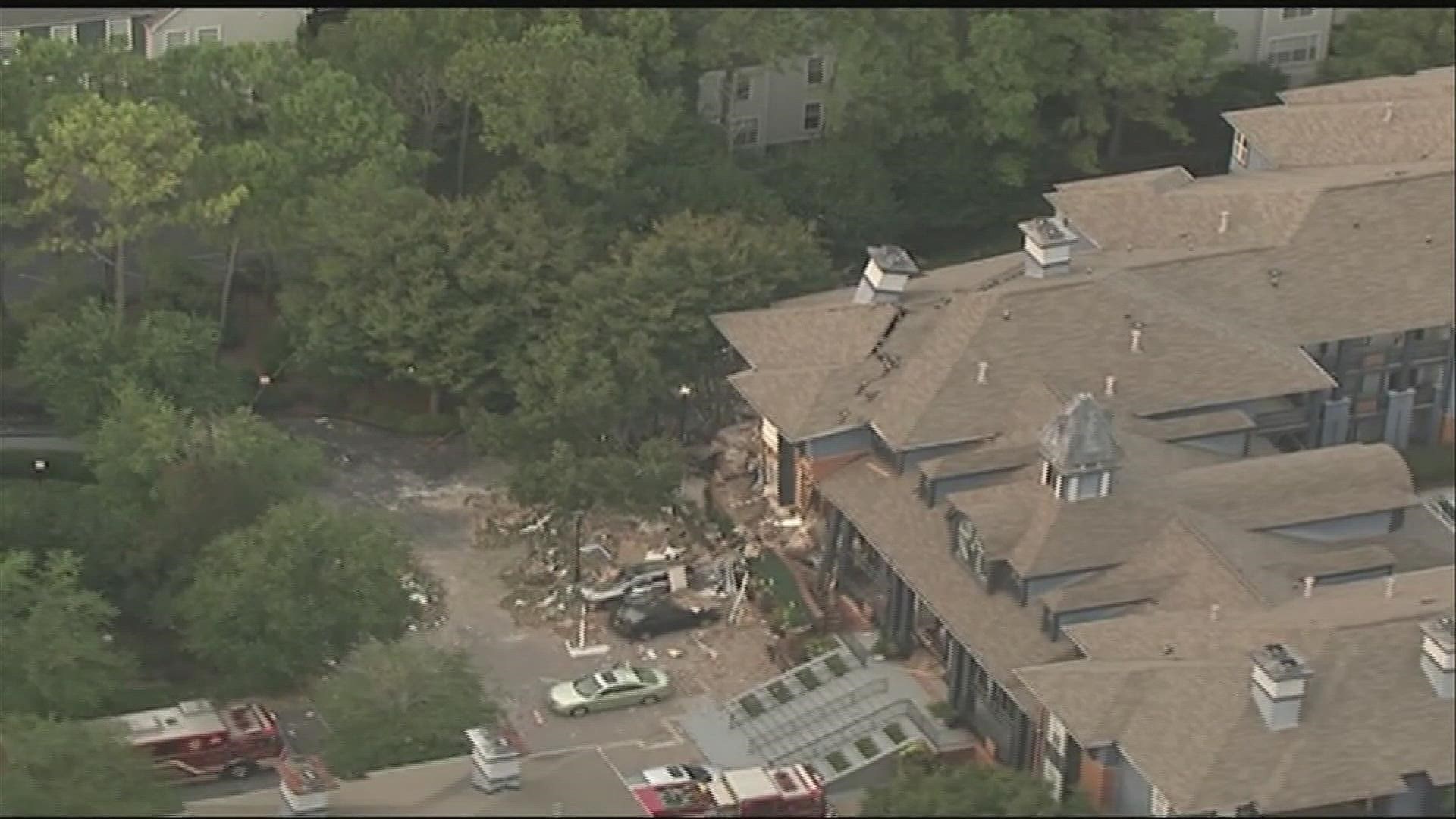 DEKALB COUNTY, Ga. — Four people are injured but everyone is accounted for after a reported explosion shook the Dunwoody community Saturday afternoon.

At least 75 firefighters responded to the three-story apartment building at the Arrive Perimeter complex at 2000 Asbury Square around 1:30 p.m. The cause of the blast is still under investigation.

"It just happened out of nowhere. Everyone was minding their business, and all of a sudden, you hear a boom and then everything collapsed," Eboni Thornton said.

She was moving in one of her clients into the apartments.

"The truck shook, I hopped out, I looked to the left, I ran to the back – saw everybody looking," she said.

Thornton also said the leasing office double doors were blown out and it smelt like gas immediately after.

You can see bricks and furniture strewn on the street, wooden beams dangling, detached from the caved-in floors.

James Stone lives in one of the apartment buildings near the explosion.

"Felt like an earthquake, almost like a sonic wave. I heard the boom at the same time. It sounded like something crashed but it was loud enough to sound like someone dropped a car on the roof," he said.

Stone said the fire alarm immediately started to go off and everyone began panicking, trying to figure out what was going on, and then everyone saw the smoke. Stone recounts people were saying the front of the apartments were blown up.

Stone said he just moved into his apartment on Sept. 1.

"Considering today is September 12, it's a pretty scary day the day after. I'm grateful to be here," he said.

Outside of the apartment complex, he said people and their pets were in panic, wondering where they'll sleep and what will come next.

Four people were injured and are hospitalized. One had a burn, another had a fractured leg and they did not provide details on the two others injured. DeKalb County Fire said everyone has been accounted for.

"With the amount of work that we have to do, it’s going to be very slow. We’ve got to be very careful as we continue to search these areas with structural instability. It’ll be a few hours before we can get in there and really start to clear it out," DeKalb County Fire Deputy Chief Melvin Carter said.

Residents of the apartment complex said they've reported a strong smell of natural gas since earlier in the week.

11Alive reached out to an affiliate of the apartment and they declined to speak with us.

"As it sinks in, we ask what we're doing. We're not supposed to come back for two days. You still have to go to work, live your life, and when you do come back, do you feel safe?," Stone said.