Families said they were caught off guard by power of the storm. 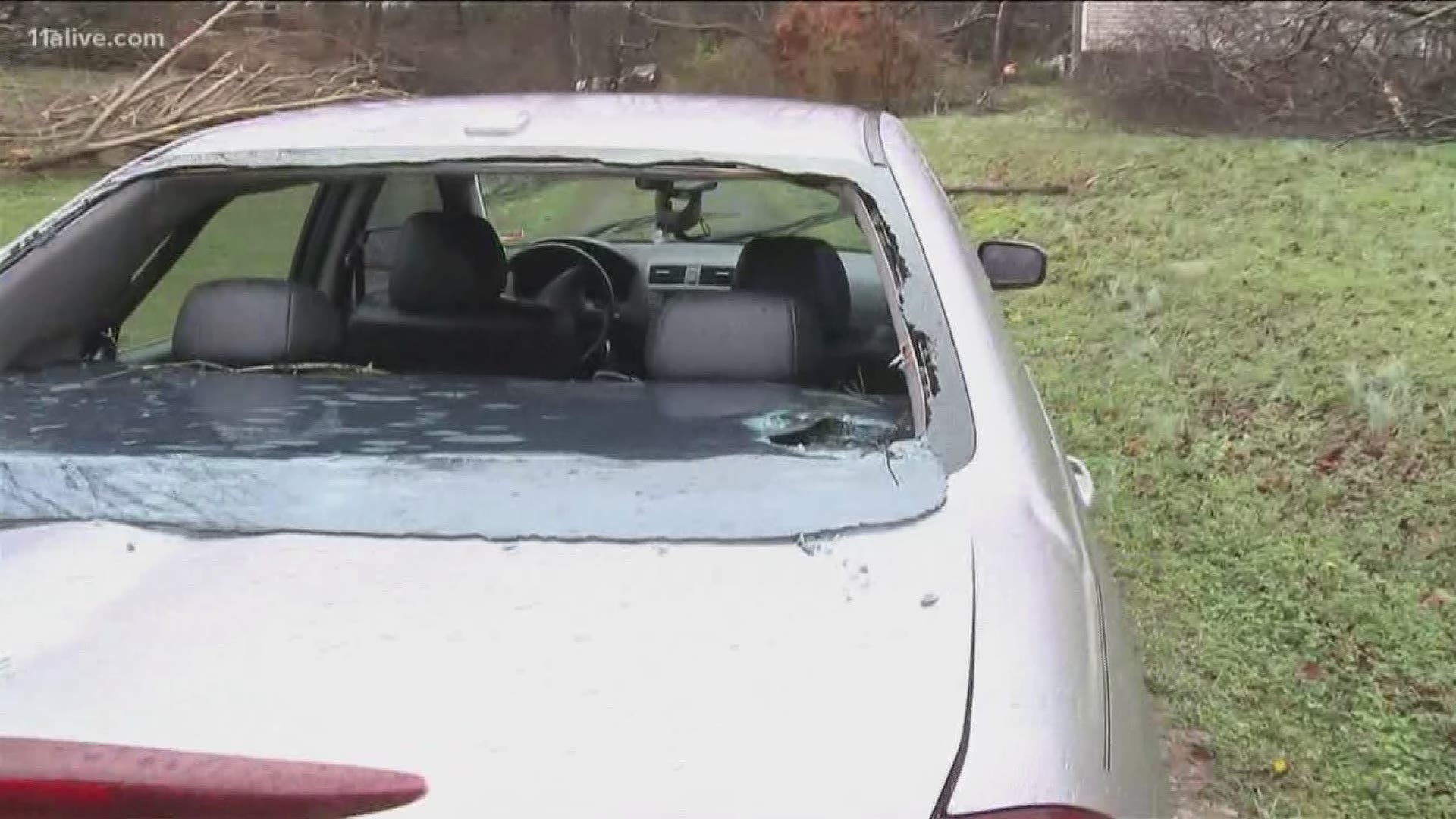 GORDON COUNTY, Ga. — A family is counting their blessings after powerful storms that swept through metro Atlanta early Thursday morning knocked down several trees on their property - narrowly missing them.

11Alive's Nick Sturdivant spoke to the family, who lives off E. Plainview Road, who said they were caught off guard by the powerful storm.

Lindsey Woodall said she woke up to the sound of the storm about 5:15 this morning and asked her husband whether they were expecting any bad weather. Soon after, she said it felt as if they were in the eye of the storm.

"It felt like within four minutes, we heard the loudest boom and he yelled get the kids and our ears kind of stopped up," she explained. "We never expected to walk out to this."

The "this," was a large tree that had fallen into her neighbor's house, smashing the entire roof in. Parts of a barn on the properties was also left crumpled.

But it was a narrow escape by Woodall's neighbor that left them all thankful that morning.

"She (the neighbor) was in the car getting ready to go to work with her little baby in the back seat," she said.

Photos show the smashed in back window, where that neighbor had been moments before. Miraculously, they escaped unharmed. Limbs also fell through the house into the master bedroom. The neighbor's husband was there when the roof caved in, but he was also unhurt.

"It all just happened so fast," Woodall said.

In all, Gordon County emergency officials said they assessed damage in that area, where they found eight homes and six structures with damage, however that is only an initial estimate as crews continue to look for damage.

Meanwhile, Woodall said they're just glad no one was hurt, as their attention turns to the cleanup ahead of them.

"We're just glad that our neighbors are OK because they suffered severe damage," she said.

Nick Sturdivant and Stephen Boissy contributed to this report.