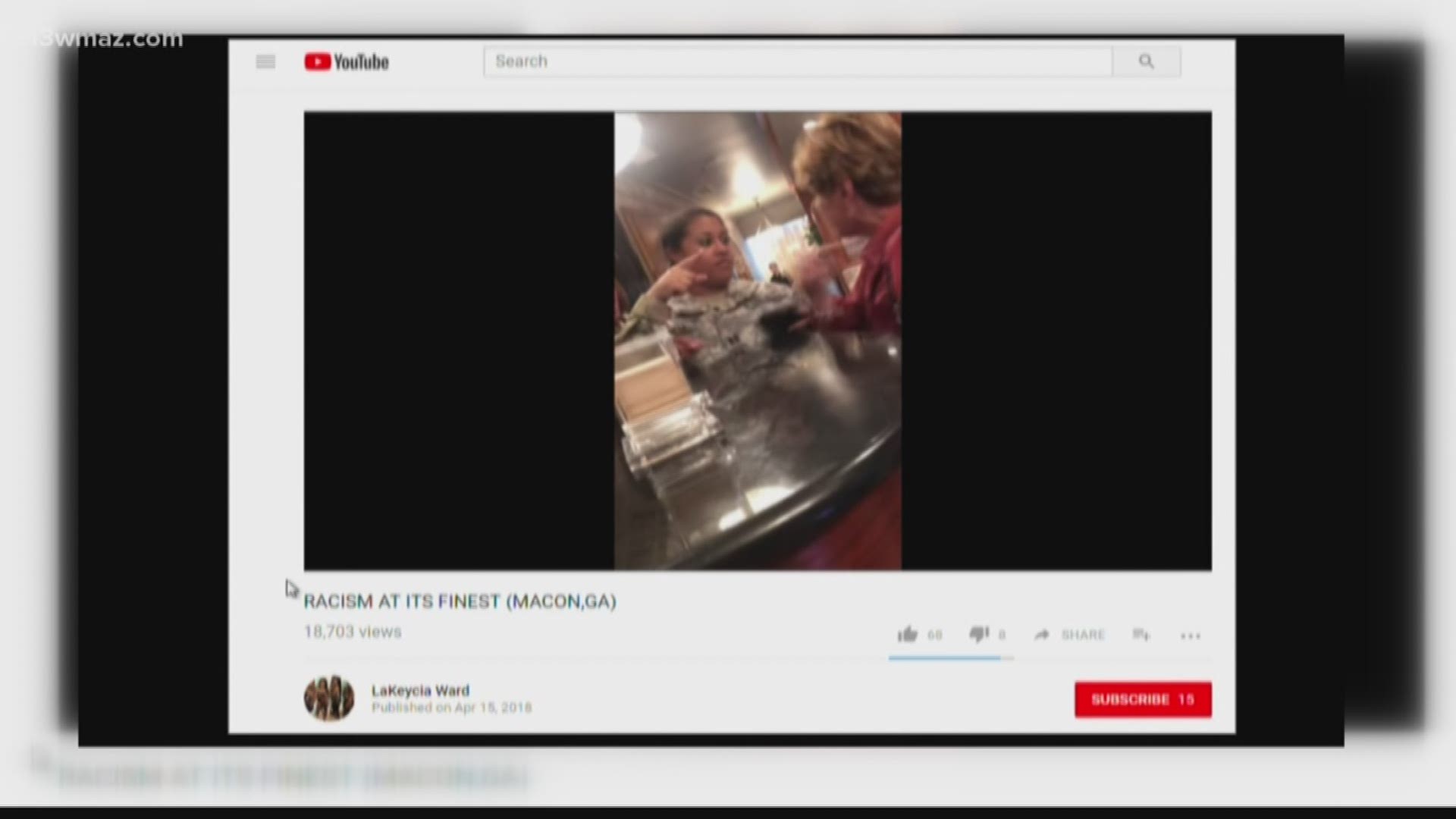 (UPDATE 4:15 P.M.) Mercer University has issued a statement regarding Tucker's previous employment at the school. It says:

Judy Tucker is not currently employed at Mercer University. She has occasionally taught an art class in the past, but will not be teaching at Mercer in the future.

The Bibb County Sheriff's Office says they're investigating an argument at a restaurant over the weekend that led to one woman's arrest on battery charges. 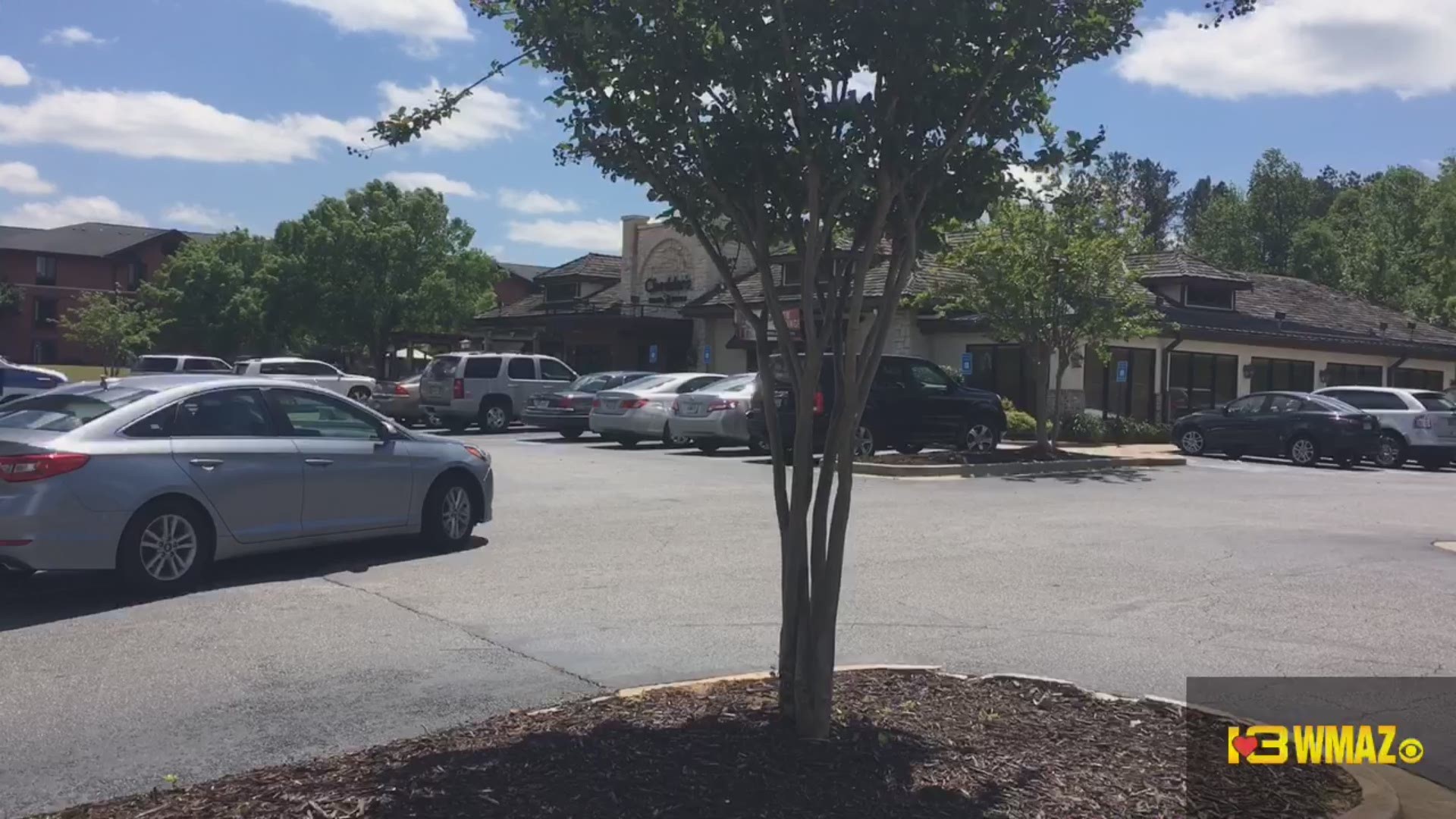 According to jail records, Judy Tucker, of Macon, was arrested and released on $650 bond.

A video that’s gone viral around the country seems to show her in an argument with two servicewomen that turns into a shouting and shoving match.

According to a Bibb County incident report, deputies responded to the restaurant at 4020 Riverside Drive around 8:20 p.m. Saturday.

The deputies wrote that they found a group outside the front door.

Judy Tucker told the deputies that she was upset with a woman who was taping her and tried to grab the phone.

Another woman grabbed her and scratched her arm, Tucker said.

Although the argument started over a parking space, Tucker said, "it all started because she was white and it was a race issue."

Stephanie Mitchell told the deputies that they were backing into a parking space when Tucker's son, Robbie, approached them and said they should learn how to park and called them "dumb b*****s."

After Mitchell and Treasure Sharpe went inside the restaurant, they said Robbie Tucker approached them again.

He called the two women, who were in military uniforms, "black lesbian b*****s," according to the report.

"Mrs. Mitchell tried to calm the situation," the report said, but that's when the two groups started arguing over the cell phone video.

After Sharpe said she was pregnant, the report says, "Mrs. Tucker lunged and struck Mrs. Sharpe in the face."

"With all the lunging and slapping happening, it was never shown through cell phone video that Mrs. Mitchell or Mrs. Sharpe did anything wrong,” the report said.

Deputies wrote that they decided that Judy Tucker was at fault and "the primary aggressor."

They said they could not get the Cheddar's video due to technical issues.

The deputies wrote that they were still investigating and more charges could be pending.

When WMAZ contacted Cheddar’s, their corporate office sent us a statement that says:

‘We were appalled by the behavior of the individuals who confronted the two female service members.

Such behavior flies in the face of our values and those individuals are no longer welcome in our restaurant.’