Six Flags issued a statement in response to the reported incident. 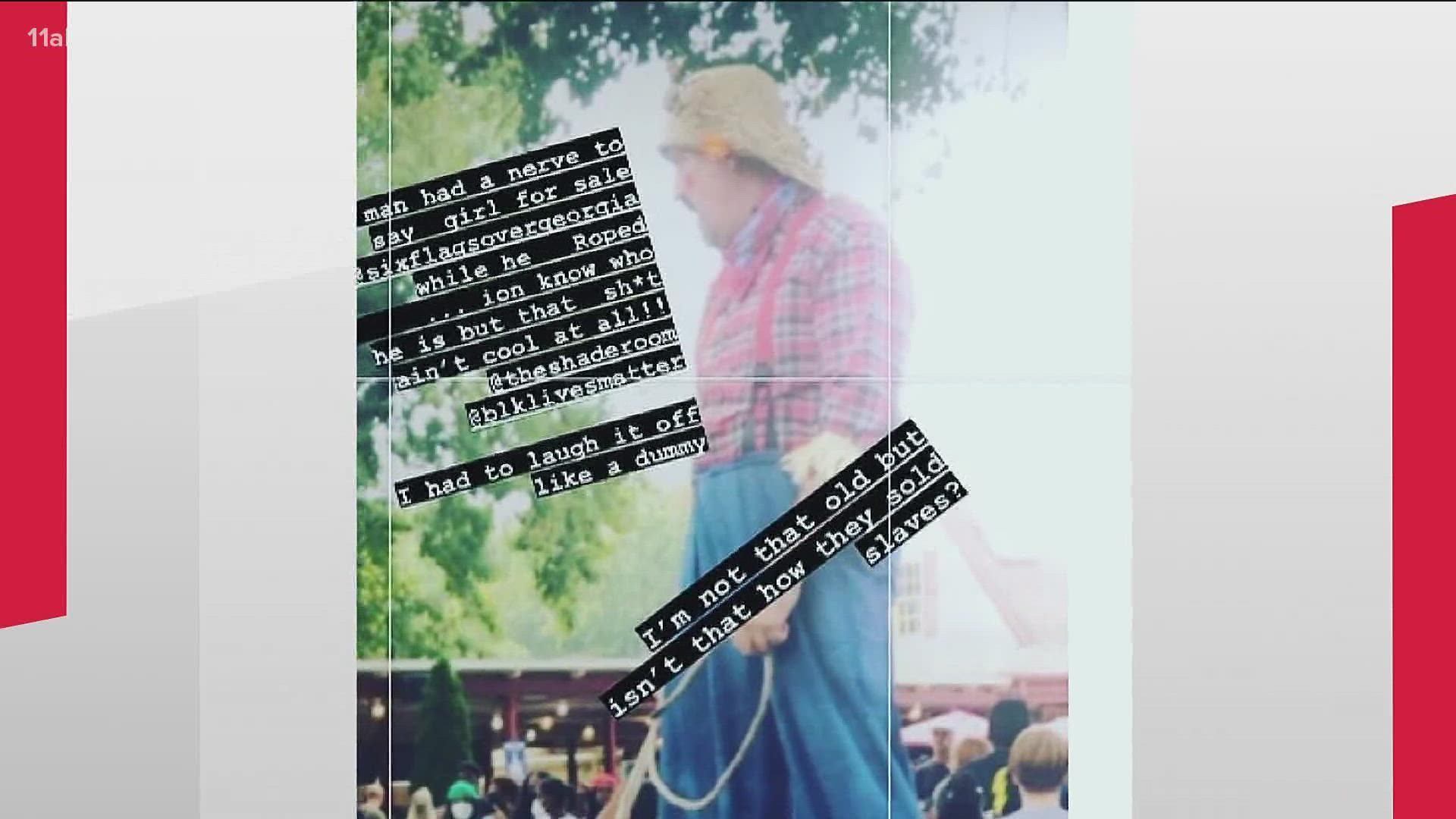 McKenzy Hurt told 11Alive her children were harassed by a man in costume who was working at the park. When she spoke with 11Alive's Joe Ripley, she held her children tight after the traumatic experience.

Hurt said she had been at the park for about an hour and a half when the family was walking toward a ride. She said they saw a man on stilts, dressed as a cowboy with a lasso in hand. Hurt said her son and daughter walked up to the man because they were interested in the tricks he was doing with the rope.

Hurt said the man roped in the kids and made a disparaging remark about siblings getting married in Georgia.

“He pulled the rope tighter around my daughter, and then that’s when he proceeded to say he had a girl for sale for a dollar," Hurt said.

RELATED: Six Flags Over Georgia says fireworks were cause of reports to Cobb Police of 'shots fired'

Hurt said she reported the encounter with customer service, but according to the mother, the manager said that type of experience "happened all the time, especially to Black and Asian kids."

"To be a parent and kind of see your child helpless, it’s not right," Hurt said. "Nobody should ever have to go and feel so low and humiliated like that, and then treated like pretty much trash.”

Six Flags sent 11Alive this statement in response to the situation:

"We have zero tolerance for any form of racism, discrimination, or hateful behavior. The character in question is a third party vendor and not an employee of Six Flags. We will conduct a thorough investigation into this matter and take appropriate action.”

A representative from Six Flags would not tell 11Alive which company the man worked for, if he was currently working at the park or how the park handled the entire situation.

Hurt said she wanted a formal apology from Six Flags and compensation. She said she couldn't imagine going back to the park and her daughter had rope burns after the encounter. Despite hurting both physically and emotionally, she said she would choose to forgive the man and teach her kids not to hold hatred in their hearts.

“I forgive the guy, whoever they are, whatever issues he had, I forgive him because I still have to live," Hurt said. “If something like this arises anywhere, report it, because we as a country and as America need to come together. That’s the only way we can weed out racism.”