Survivor speaks out after woman crashes car into Piedmont Hospital and kills 1, injures 4

One woman, who was injured, said police have been unable to provide answers to what caused the June 30 crash and why no charges were filed. 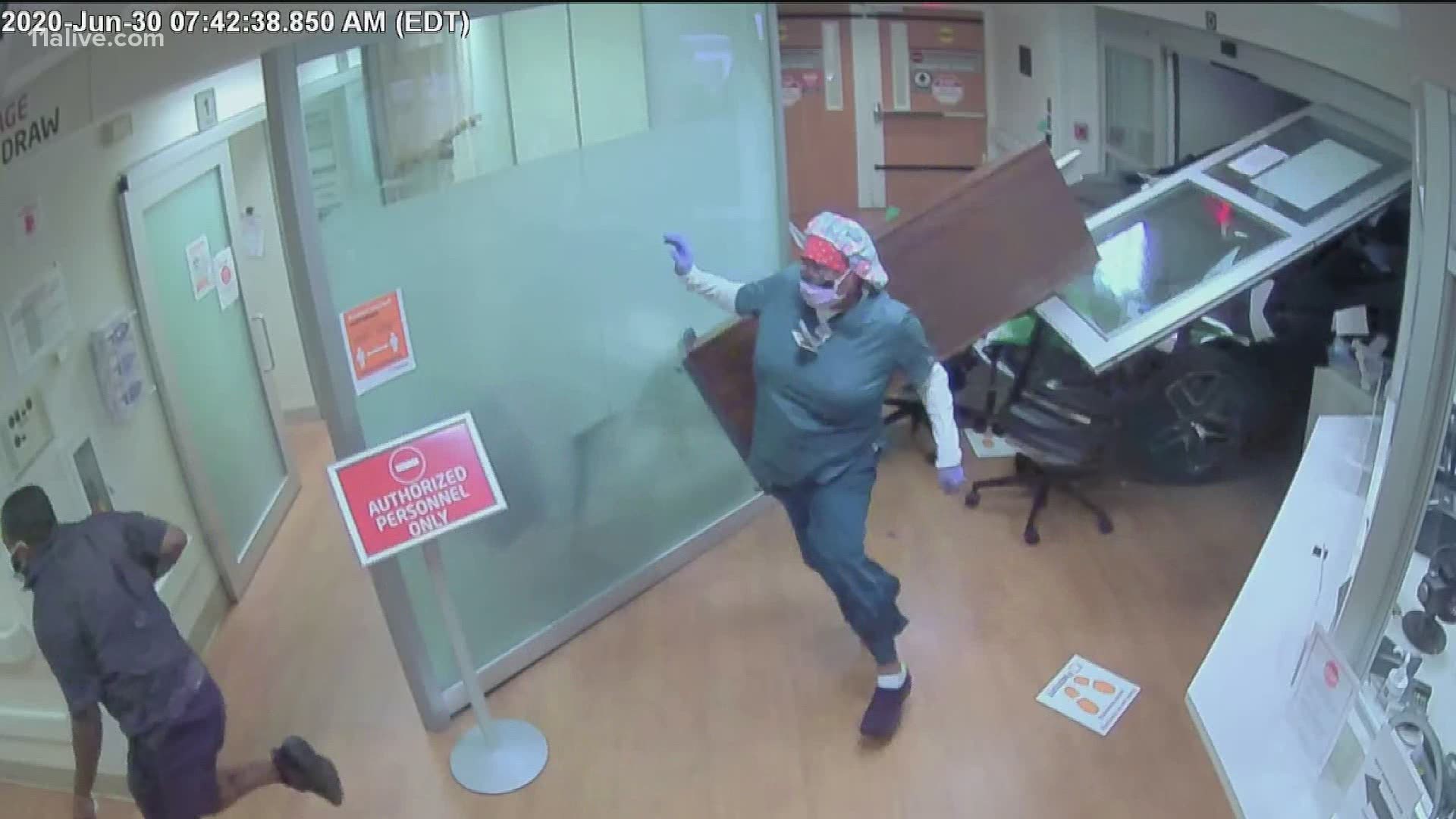 ATLANTA — A new video has been released after an SUV crashed into the ER at Piedmont Hospital, leaving one person dead and four others injured in late June.

One of the injured was 29-year-old Kai Bailey.

Back on June 30, Bailey went to Piedmont's Atlanta hospital on Peachtree Road in Buckhead to support a sick friend. Bailey tells 11Alive she was outside the ER entrance when the crash happened and couldn't get out of the way.

Jane Lamberti of the Cochran Firm is representing Bailey.

Lamberti said police haven't answered their questions about what exactly caused the crash. Bailey's attorney added that she believes posts or barriers, found around other parts of the hospital, could have prevented injuries or the death that occurred as a result of the crash.

Vidoe of the crash Lamberti sent 11Alive Tuesday, shows the moments before and after the crash.

Back in June, Atlanta police said a 75-year-old woman drove her SUV to Piedmont for an appointment. The video shows her SUV hitting a vehicle, then accelerating, crashing through the ER doors, and into the building.

After being hit Bailey is seen on the ground and under a hospital door.

"How do you drive through a hospital, critically injure me, kill one person and yet you're able to be at home?" Bailey said during an interview Tuesday.

Bailey said she was left with two broken hips and a broken pelvis. After a month in the hospital, she described still being in severe pain and needing additional rehab.

She is relying on her family to help her with ordinary tasks, including taking care of her six-year-old daughter.

"I'm currently walking on crutches, so I'm back on my foot, just the left side. I experience excruciating burning pain in my right foot," she described.

Back on June 30, police spoke with reporters about the crash.

"Doesn't appear to be a deliberate act," Atlanta Police Officer Steve Avery said in June. "Once we find out more and the investigation continues we can let you know more about what happened," police said.

11Alive received the since completed police report for the crash Tuesday. It lists the cause of the crash as "driver lost control." It indicates the 75-year-old was responsible for the crash, tests came back negative for drugs or alcohol, no charges were filed and the investigation was concluded according to the report.

"There isn't even any explanation in the report of how or why she lost control of the car," Lamberti said.

11Alive reached out to Atlanta police to ask what exactly caused the crash, and they issued the following statement:

"The Accident Investigation Unit has not completed the full investigation of this crash but at this time no charges are anticipated."

Bailey's attorney said whether it's a medical issue or negligence that caused the crash, they want to know what happened.

Lamberti also said they are taking issue with Piedmont. They believe a barrier between the ER and the road could have prevented any injuries or death.

"If you look at the video, Piedmont doesn't have any of these security balusters or posts," she explained when discussing the area where the crash happened.

11Alive contacted Piedmont to ask about the security concerns Lamberti raised and received the following statement.

"We would like to continue to express our deepest sympathies to the patients, families, and staff who were impacted by this accident and its aftermath. Regarding any other questions, we do not comment on any pending claims or investigations as a matter of policy."

Lamberti said right now she is investigating the crash. Depending on the findings a lawsuit may be filed against the driver, Piedmont, or both. 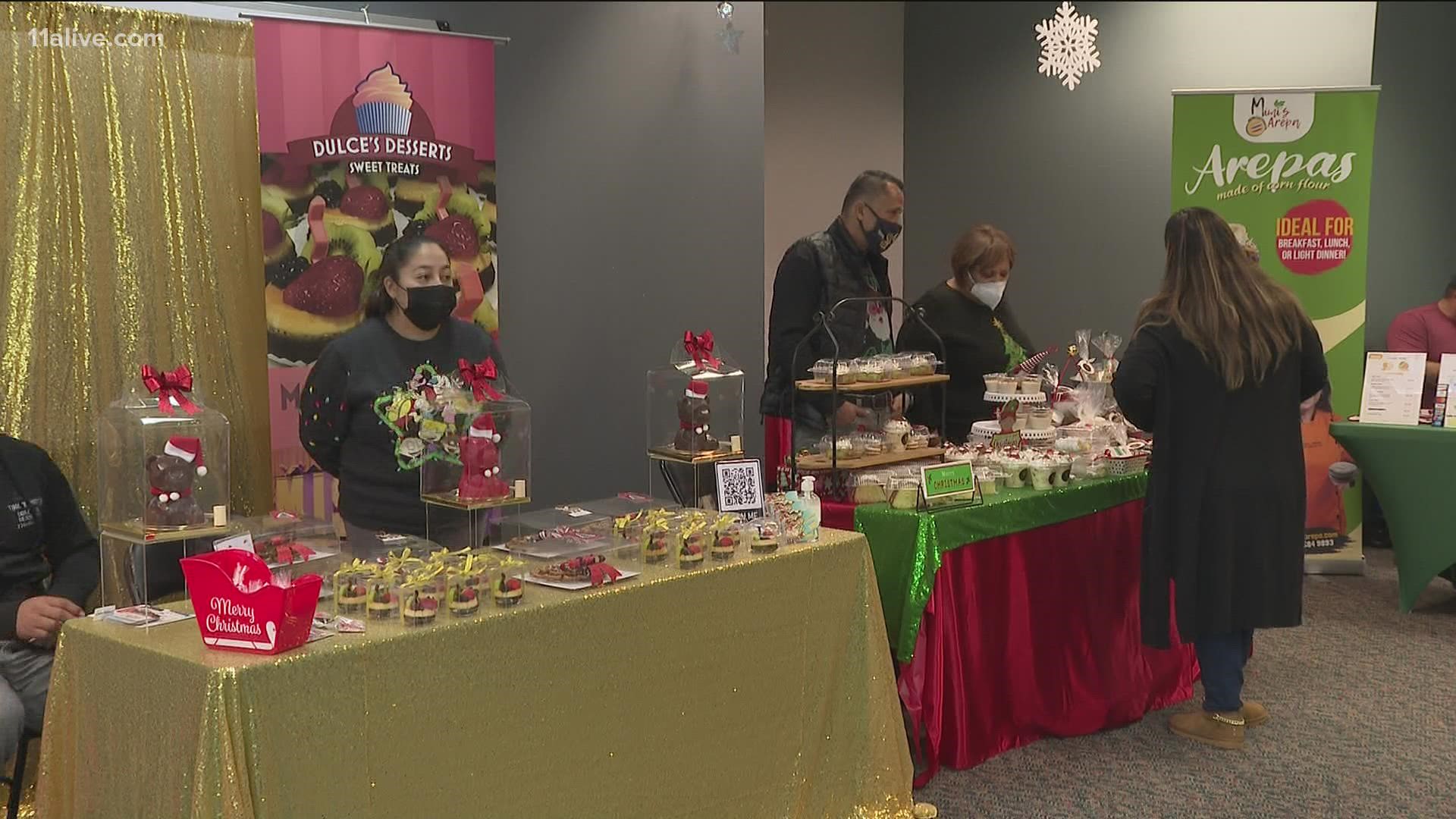