Woman who died after massive tree crashed through home identified 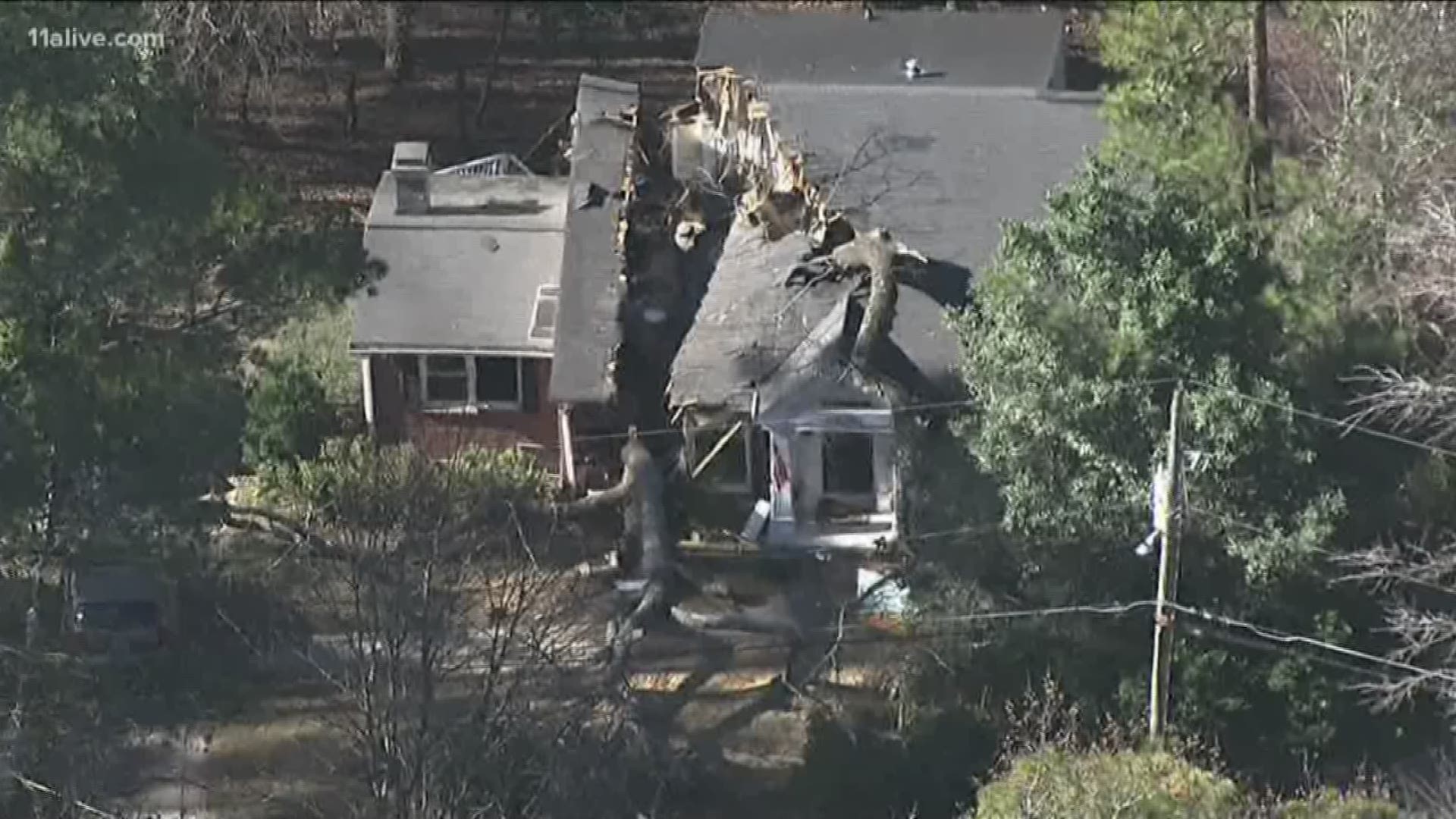 ATLANTA — A woman who died Tuesday morning when a massive tree fell onto her home in northwest Atlanta, has been identified.

When firefighters arrived shortly after 4 a.m., she was still alive and they were communicating with her but, tragically, due to the difficult nature of the scene, they were unable to reach her for hours.

Firefighters believe the tree fell from the backyard onto the woman's bedroom, nearly splitting the house in two. It happened at Ridgemore Road in the Ridgewood Heights neighborhood, to the southwest of Buckhead.

It wasn't immediately clear what brought the tree down. However, authorities have since identified the victim as 65-year-old Clementine Harrison.

Woman killed when tree falls on home in NW Atlanta

Anne Miller Garrard said she and other residents of the neighborhood are heartbroken at the tragedy.

Garrard said she planned on having an arborist inspect the trees on her property. She said both the cost and the red tape make tree removal difficult.

Arborist Anthony Ursache of the Georgia Tree Company said that a permit is needed to remove any tree with a diameter of six inches at breast height. That process could take anyone from a week or month, he said.

The city's landscape can also make tree removal more difficult than other places.

"Within the city of Atlanta limits, a lot of the houses are close together and a lot of power lines, it’s very tight to get equipment in there for removal," he said.