Sherelle Baker says she was just visiting the apartment complex when the explosion occurred. 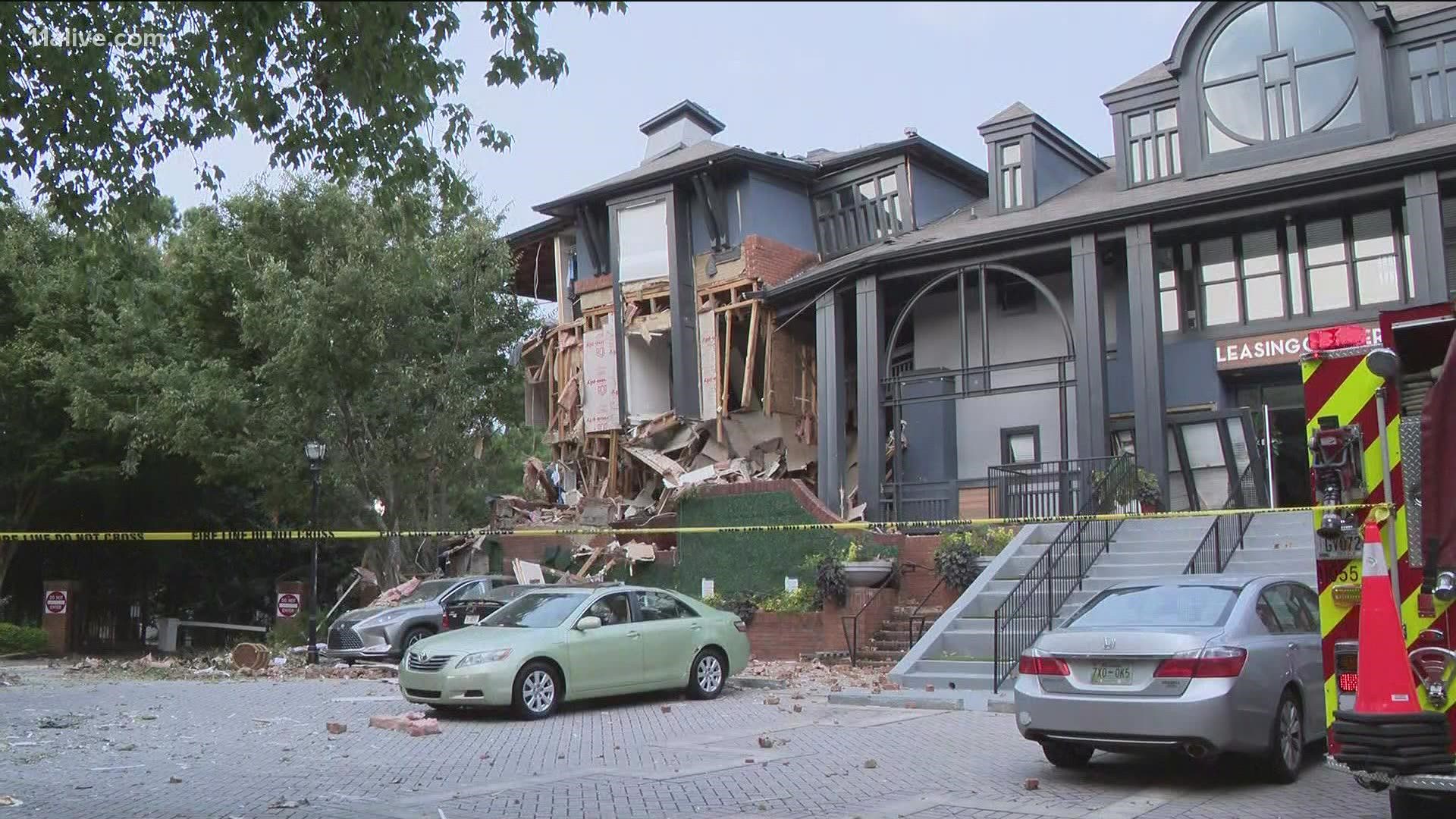 DUNWOODY, Ga. — Sherelle Baker was one of four victims hospitalized following a massive explosion at the Arrive Perimeter apartment complex on Sunday. She says she was sitting in her car when she was knocked unconscious by debris hitting the car and breaking her windshield.

“It was terrifying. I don’t think words can really describe it," says Baker when recalling the details from the incident.

Baker was hospitalized and treated for a concussion. She says she was parked by the building that exploded, waiting on a friend who lived at the complex.

“I was literally going there for work. I don’t live anywhere near there. I was only there for that reason alone," she explained.

Baker's attorney, Dyan Bess says he went to the complex Wednesday morning after being invited to join in on the inspection by an inspector hired by the complex. He said that moments after arriving at the property, management kicked him off, and the police were called.

“Buildings just don’t blow up, they’re not supposed to, and when that happens someone fails in something," Bess said.

The attorney said that when he got to the complex, he noticed crews removing debris from the site.

“What I could see was that they were on the scene removing items which they shouldn't be doing. I saw wheelbarrows and other equipment removing things that could very well be evidence," Bess explained.

Residents tell 11Alive that they had been smelling natural gas in the hours and days before the explosion. Atlanta Gas Light says they were en route to the complex when the blast happened. Twenty-five units were damaged in the blast. Most residents are staying at nearby hotels because gas service remains shut off while crews check units for gas leaks.