Woman tortured for days turns her pain into hope

A woman police say was tortured for days by her husband has openly shared photos of her injuries. 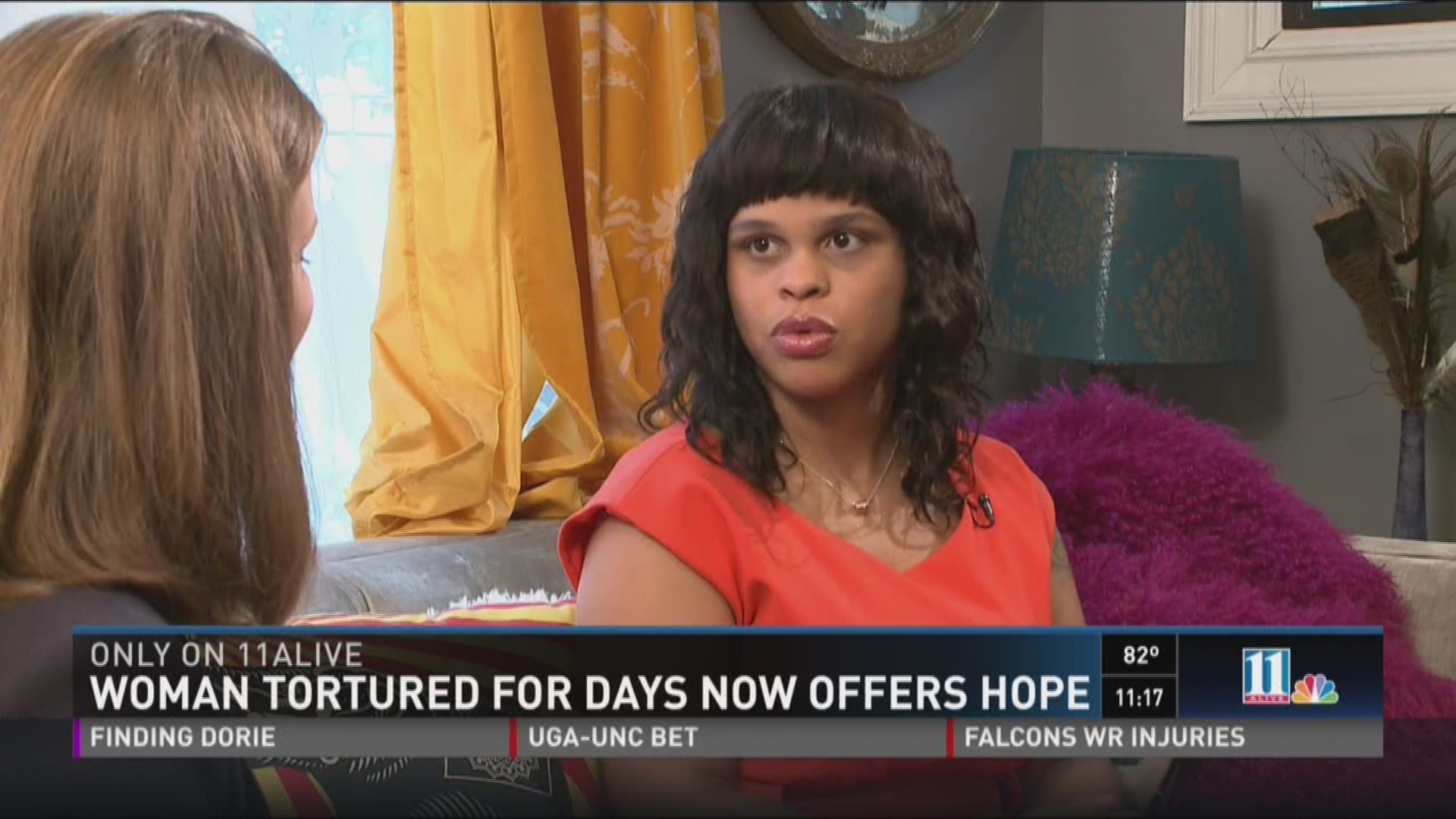 A woman police say was tortured for days by her husband has openly shared photos of her injuries.

Prosper Uchitel agreed to talk with 11Alive about those pictures so that her story -- and a new charity she is trying to create -- will offer others hope.

She said to those on the outside, she and her husband Aaron Uchitel, looked like a young couple in love. A new marriage. A new baby. A new life. Prosper never imagined days after their son was born, she would be hours away from death.

Pictures released by her family in June as she recovered at Grady Memorial Hospital showed swollen eyes and burns around her ears. At the time her mother, Fawn Ortega, told 11Alive her daughter had been stabbed, beaten and drugged for four days before she busted her way inside and called 911.

Uchitel was arrested and charged with aggravated battery, false imprisonment and rape. Two months later, he remains in jail.

Seven months before these charges, court records show he was arrested for simple battery. Prosper says a judge ordered him to anger management classes.

Prosper says she thought about leaving, and almost did, but with a new baby on the way she wanted to find a way to make it work.

Prosper says she tried to talk with family and friends about the problems in their relationship that seemed abusive to her, but no one seemed to understand.

“I eventually made myself believe that I needed to just buckle down a little harder and maybe it was something wrong that I was doing.”

Prosper says since her rescue, she has received nothing but love. Counters and table tops are filled with cards offering encouraging words.

She has also received letters from domestic violence survivors and even women debating whether to leave their own abusive relationships. To them, Prosper has one message.

Prosper shares her story hoping other women or men who feel isolated or unsure, will reach outside their social circle and talk with professionals able to recognize the signs of domestic violence and provide a path to safety.

When you call the Domestic Violence Hotline, the first question you hear is, “Are you safe?” But Prosper knows those that decide to leave an abusive relationship will soon find themselves facing another question, “What now?”

That’s why she’s starting a charity to provide clothes, baby and household supplies to those who need an extra hand rebuilding their lives.

Prosper Uchitel is trying to set up a "shop" where victims of domestic violence can find the things they need to get back on their feet.

The idea stemmed from a pop up shop several women in the community created for her. They named it, "Prosperity". Inside several storage sheds were donations of baby toys and clothes that could help her start a new life. She says the generosity was so overwhelming, she wanted to take the items she couldn’t use and pay it forward. The scope of her charity has grown from there.

Prosper says right now she has created a GoFundMe page to raise the money needed to register the charity as a 501c3 and find space to set up her “shop”.

But as Prosper looks forward, the court case pulls her back.

“Sometimes I’ll wake up and still – I have to look in the mirror to see if I’m okay. Or I’ll have a dream about him and I’ll wake up crying because he’s not there... in the way that I want him to be there for me.”

There's no date yet for the trial, but she has been called several times to testify on the original charges against her husband. The hearing keeps getting postponed. She has yet to see Aaron Uchitel since his arrest. She’s not sure how she will react when she does.

“I had a dream that I passed out when I walking up to the stand. I could be talking to you like I’m talking now or I could break down. I don’t know what will happen.”

But she does know the fear and confusion that kept her inside the couple’s Atlanta home has been replaced with strength to fight back.

If you need help there are several hotlines you can call: